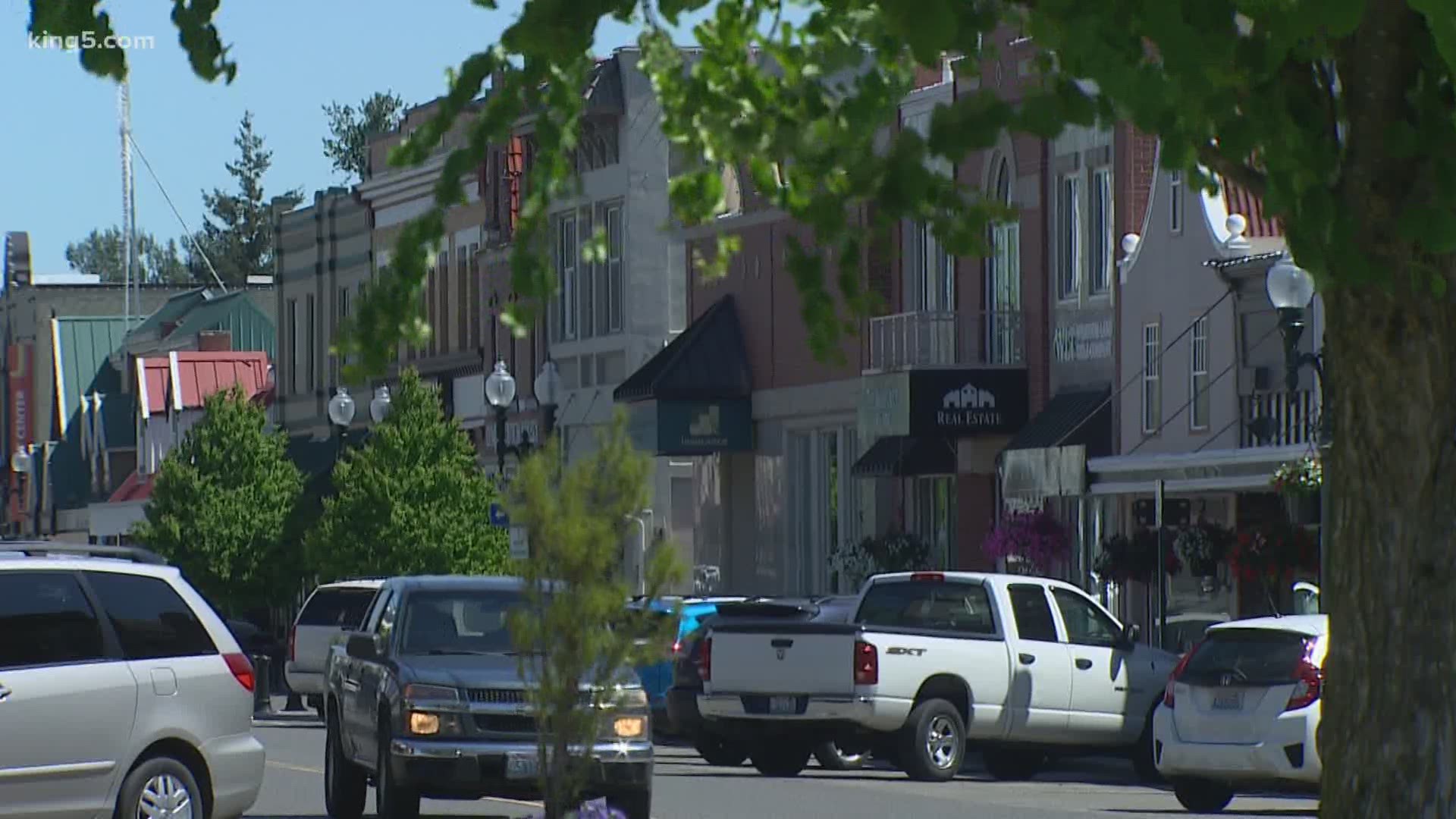 LYNDEN, Wash. — Julie Anderson's small business is one of the lucky ones. Her Lynden coffee stand hasn't been affected by coronavirus, but many of her neighbors have.

"The businesses in Lynden are just dying," she says.

In Whatcom County there have been about 320 coronavirus cases, along with 32 deaths. Most of the fatalities in Whatcom county have happened in long term care facilities.

Many in Lynden and the rest of rural Whatcom County believe the numbers warrant an immediate move to phase 2 of Governor Inslee's reopening plan.

A handful of small counties across the state have already been allowed to do so. Columbia, Garfield, Lincoln, Ferry, and Pend Oreille counties will move to phase 2 ahead of the rest of the state, which means barbershops and salons could reopen, along with restaurants at 50% capacity and tables of five people or less. Pet services, including grooming, could resume.

"Look at our numbers, Gov. Inslee," Anderson said. "We're doing a great job of social distancing. We're staying home, but people are sick of it now. Our numbers haven't spiked. Our hospital is not overcome."

But how does a tiny town on the Canadian border get the governor's attention?

With a parade, apparently.

Anderson is planning a "Dutch parade" on Saturday where people drive down the street in their cars, honking and waving.

Anderson doesn't have a permit. She says she doesn't need one.

And she believes the participants will act responsibly.

"It's all social distancing. It's staying in your car so it's a great thing to do and it's a great way to get the word out."

Whatcom County Executive Satpal Sidhu was originally opposed to the plan. He now says if participants play by the rules, he has no problem with the parade.

Regardless, he says the county isn't ready for phase 2 just yet, but it's close to meeting three of the five requirements.

"We are working very hard and maybe in the next two weeks we will be able to reach that threshold," he said.

In the meantime, the parade will go on.

The question is, will the governor be listening.

"We need to find a balance between saving lives and saving small businesses," Anderson said.

RELATED: Loved ones connect across a ditch at the closed US-Canada border