Masks and gloves are coming in from nursing stations and science classrooms in Thurston County school districts. 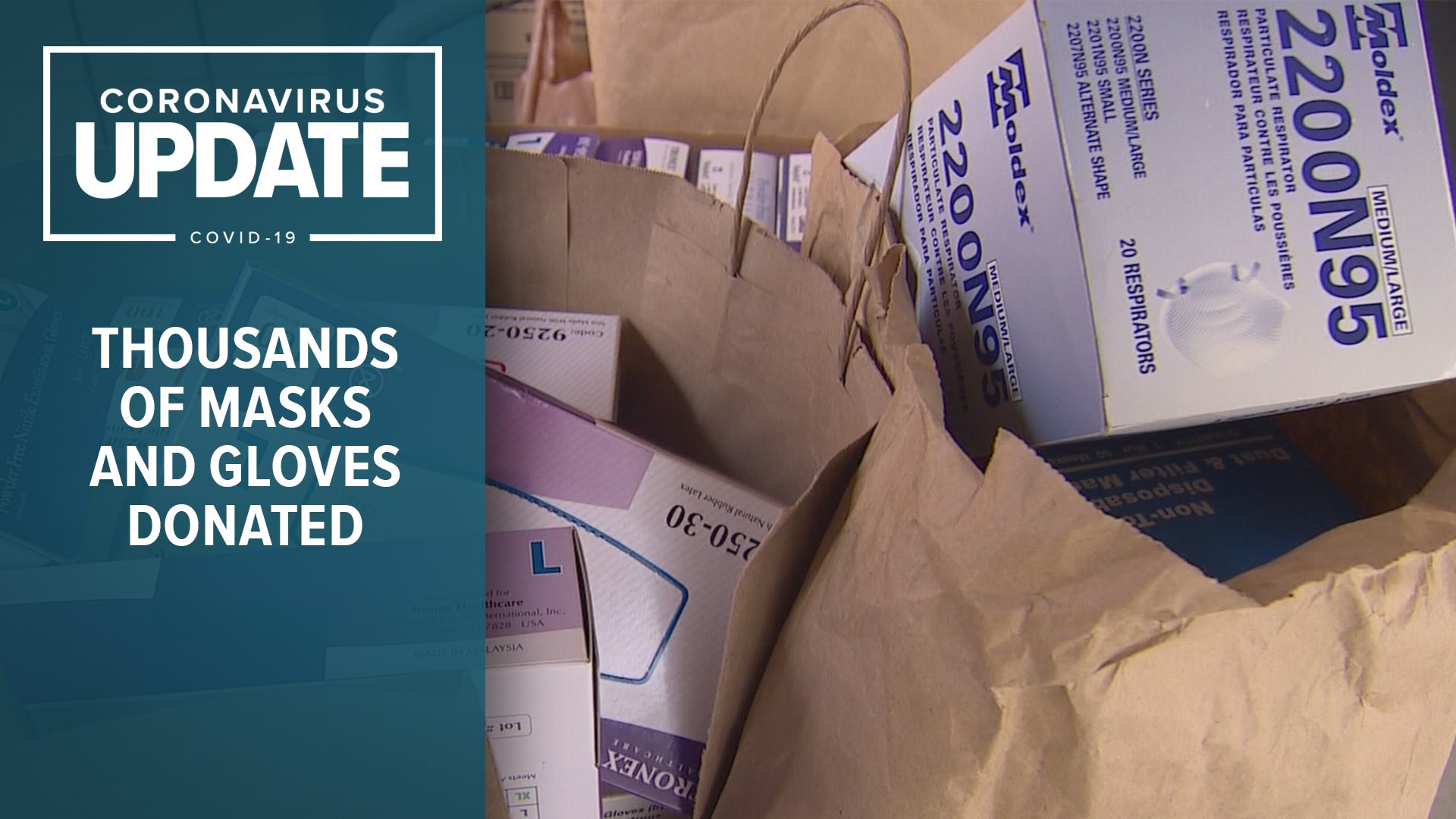 OLYMPIA, Wash. — South Sound school districts have donated thousands of medical supplies that had been on school campuses for educational and emergency use.

”They shouldn’t be sitting in containers in our schools when our schools are closed,” said Linda Moffitt, a Tumwater school nurse.

The Olympia School District came up with 1,700 masks and more than 6,000 gloves from nursing stations and science classes.

The Tumwater School District found and handed over 2,000 masks, including 800 from East Olympia Elementary, a school located near a railroad crossing.

“There was at some point, I think it was actually quite some time ago, a concern if there were to be a chemical spill we needed to put a mask on every student. So we found a big group of masks there,” said Moffitt.

North Thurston Public Schools donated 1,300 masks and more than 6,000 gloves. That district purchased extra masks in the early days of the pandemic before cases appeared in the U.S., according to a spokesperson.

Ashleigh Camberg, a nurse at several schools within North Thurston Public Schools, donated boxes of gloves from her offices.

She is now working in the emergency room at Olympia’s Providence St. Peter Hospital and appreciates the donations coming from schools and businesses who don’t need medical supplies right now. She said it is a scary time to be in the medical profession.

”I have two kids at home. I have asthma, considered a little high risk, still got to get in and do my job,” said Camberg.