Some business owners in Thurston County opened their doors minutes after the county received the green light from the state to enter Phase 2 of Gov. Inslee's plan. 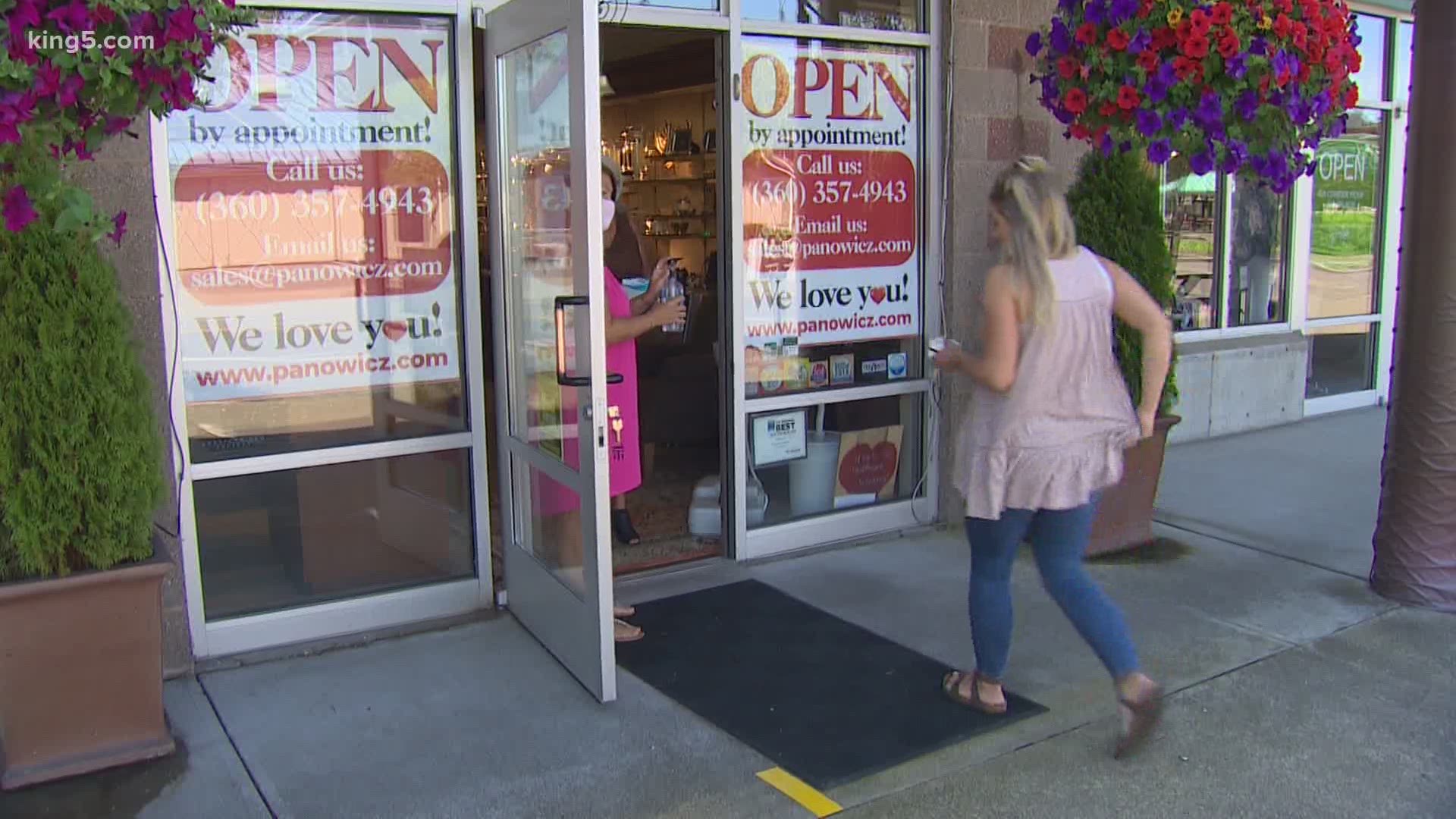 Phase 2 allows retailers to have limited guests inside stores, restaurants can host guests at up to 50% capacity, and nail and hair salons and barbershops can reopen under new cleanliness guidelines.

Olympia barber and owner of Bellus Salon, Daniel Berry, opened his shop 15 minutes after Thurston County got the green light from the state.

Berry, who has been cutting hair for 45 years, says he has never taken more than two consecutive weeks off. But under the governor's stay-at-home order, his business has been closed for more than two months.

Berry says he has never been happier to return to work.

“The financial end of it was one thing, but the ritual of one-on-one with a bunch of friends that’s hard to beat,” said Berry.

While more counties received permission Wednesday to reopen businesses under Phase 2 of the governor's recovery plan, Inslee says some counties will stay in the first phase past June 1.

"We do not believe that every county will go to Phase 2 on that date," said Gov. Inslee during a press conference Wednesday.

King, Snohomish, and Pierce counties are the largest counties remaining in Phase 1 of the governor's plan.

Gov. Inslee says he's looking at changing the benchmarks "in the coming days," and when asked why not implement the changes sooner, Inslee responded, "We’re waiting because there’s a virus killing people in our state."

The governor's current "Stay Home, Stay Healthy" order is in effect through May 31.

RELATED: Phases of reopening: Half of Washington's counties enter Phase 2

RELATED: All Washington counties 'will probably not' reopen on June 1, state says