On May 1, some Texas businesses, such as restaurants and malls, began to open their doors again as part of Gov. Abbott’s plan to reopen the state. 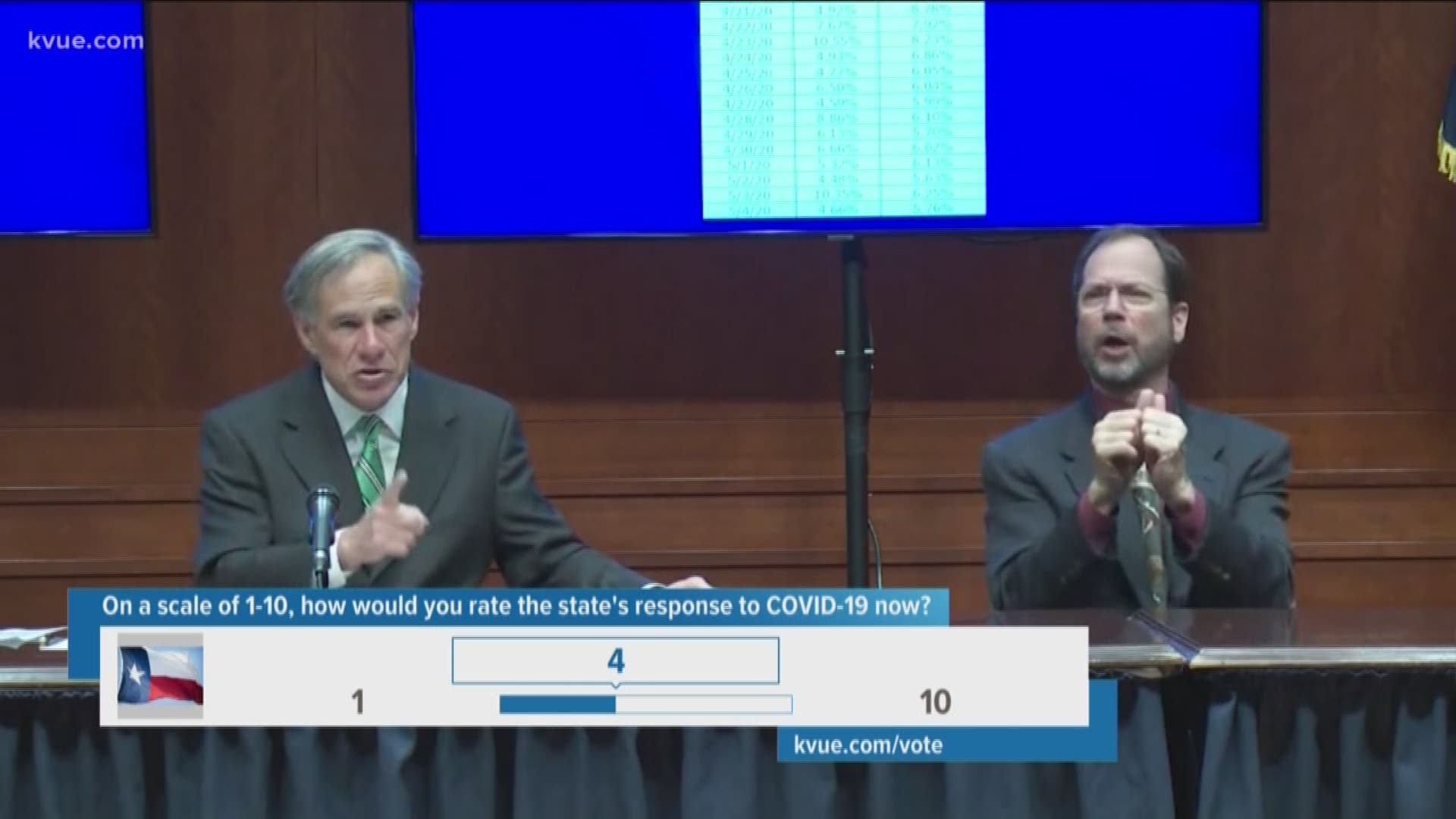 AUSTIN, Texas — On Tuesday, May 5, Gov. Greg Abbott gave an update on what the state is doing in response to coronavirus, also known as COVID-19.

During the press conference, Gov. Abbott announced barbershops, hair salons, tanning salons and nail salons can reopen Friday, May 8, in Texas. Abbott recommended using an appointment system only, but said if you allow walk-ins, make sure customers keep six feet of distance from each other. Stylists and customers are encouraged to wear facemasks.

"Texas is in a position to continue opening parts of our economy because of the efforts and determination of the people of Texas," said Abbott. "Over the past month, Texans have worked together to contain the spread of COVID-19 by following social distancing practices and staying at home whenever possible. As we move forward, I urge all Texans to continue following these social distancing guidelines and the health standards we have provided. With every Texan doing their part, we will contain COVID-19, we will unleash our entrepreneurs, and we will make it through this challenge together."

The governor also announced Texas gyms and exercise facilities may reopen starting May 18 at 25% capacity.

Showers and locker rooms must remain closed at gyms during the first phase of reopening, according to Abbott. Equipment must be disinfected before and after use, and customers should wear gloves and keep six feet of distancing while inside, Abbott said.

Abbott said there was not a reopening date for bars in Texas. He said he'd like to hear from bar owners about their strategies they believe they can put in place to operate safely.

Non-essential manufacturers may also start business again starting May 18 with 25% occupancy and a staggered workflow so employees will not all be working at once, Abbott said.

It's good news for wedding venues in and around the Dripping Springs area, which is known as the "Wedding Capital of Texas."

"They are already busy determining how their venue can fit into this this new world and excited – everyone I talked to was just thrilled to be able to have something, a start anyway," said Pam Owens, the president and CEO of the Dripping Springs Visitors Bureau.

Abbott emphasized the "positivity rate," which is the percentage of people testing positive for coronavirus compared to the overall amount of testing.

"While we have been responding to every healthcare need of those who test positive for COVID-19, there have been some who have needed to be diagnosed for cancer ... for heart disease or some other type of physical ailment," Abbott said. "It is so important that anybody with any type of ailment whatsoever have access to doctors and hospitals and healthcare they need."

“Relying on science and data means the governor should be waiting the necessary 3-4 weeks to count increased infections and hospitalizations before layering on more risk. The more allowed physical interactions, the less likely the Governor will avoid scaling back to stop a deadly surge. Austinites: make wise personal choices. It’s dangerous for many to consider going to a barber, a salon, or a gym. It’s most dangerous for the barber and the stylist and you cannot sufficiently protect them. Note that the governor emphasizes six-foot distancing, no groups larger than a few outside your household, and the need for face coverings.”

Before phase two begins, Gov. Abbott said there must be two weeks of data showing that the virus is continuing to be contained.

The statewide stay home order is also no longer in effect. Gov. Abbott let the order expire on April 30.

'We are not past this': Mayor Adler to extend Austin-Travis County stay-home order

Am I supposed to wear a mask now in Austin-Travis County?