'I totally thought we were going to die': Tacoma couple reflects on recovering from COVID-19

Tammy and Brian Edwards both survived coronavirus. Their battle included being separated by a month-long hospital stay. 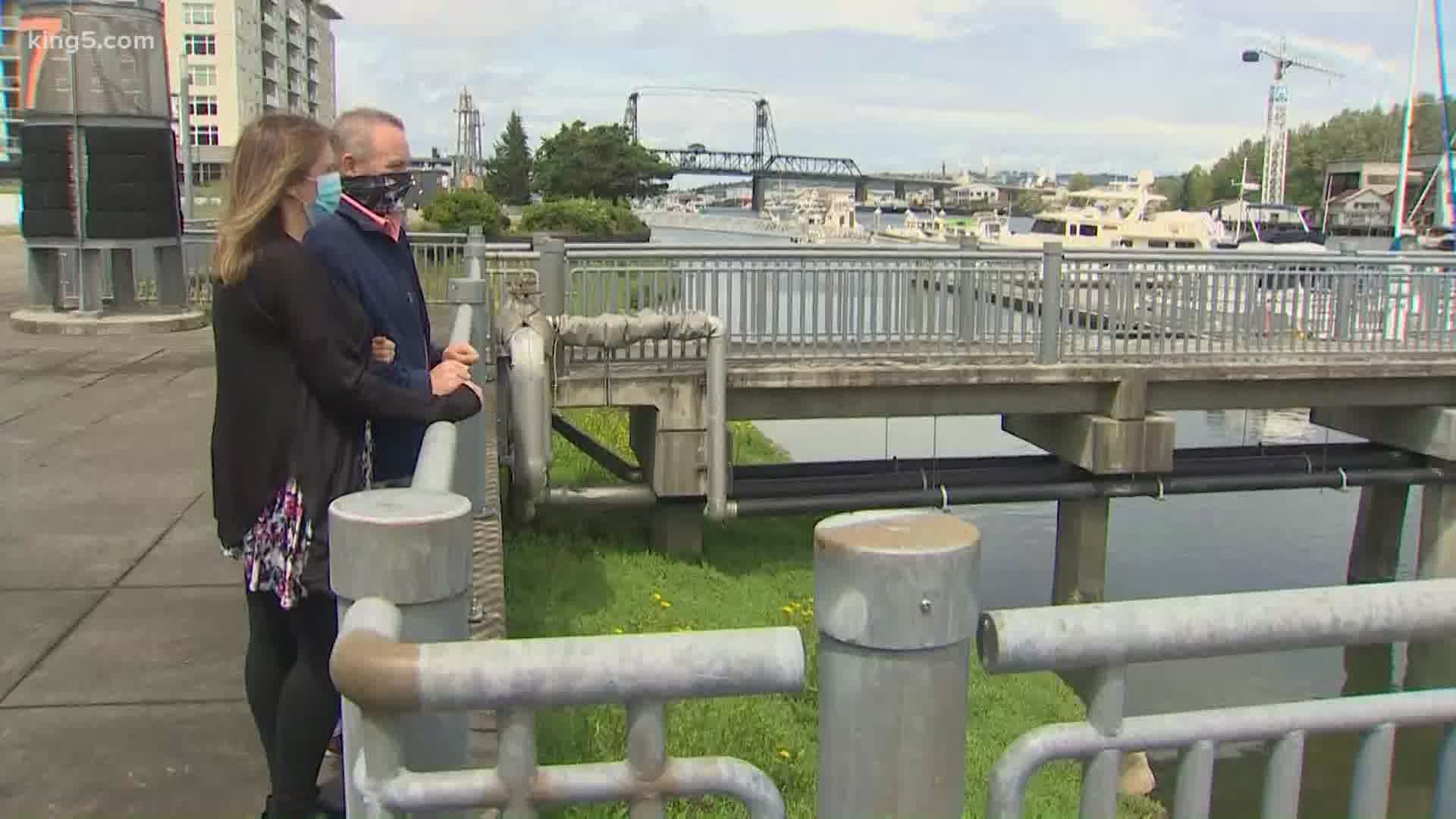 TACOMA, Wash. — Brian and Tammy Edwards will never forget 2020. Even though Brian can’t remember weeks of it while he was recovering in the hospital.

The couple is a walking billboard for the “wear you mask” mandate and are quite happy to talk about it.

Tammy is a nurse in Tacoma and faced her worst fear back in March when she contracted COVID-19 and infected her husband.

“It knocks you down. I totally thought we were going to die. Even before Brian was rushed to the hospital,” she said.

After collapsing, Brian was taken to the ICU at MultiCare Tacoma General Hospital and was put on ventilators.

Tammy would call him every day as she was recovering at home. She would video chat at his bedside even though he wasn’t responsive.

“I know hearing my voice made a difference. I believe he could hear me and it helped him spiritually,” she said.

As he recovered he was transferred to MultiCare Good Samaritan Hospital in Puyallup, where he was eventually released.

After a nearly a month of separation the couple was reunited on the day in May that he was released from the hospital.

Today, they’re sore and still very fatigued but on the mend and happy to have a chance to stay home together.

Tammy said people need to continue to take coronavirus seriously and continue with precautions against catching and spreading the disease.

"It doesn't discriminate and when you get it, you do not know what effects it's going to have on your body," she said. "Brian had respiratory, he nearly died."