“Throwing Texans in jail who have had their businesses shut down through no fault of their own is nonsensical, and I will not allow it to happen,” Gov. Abbott said. 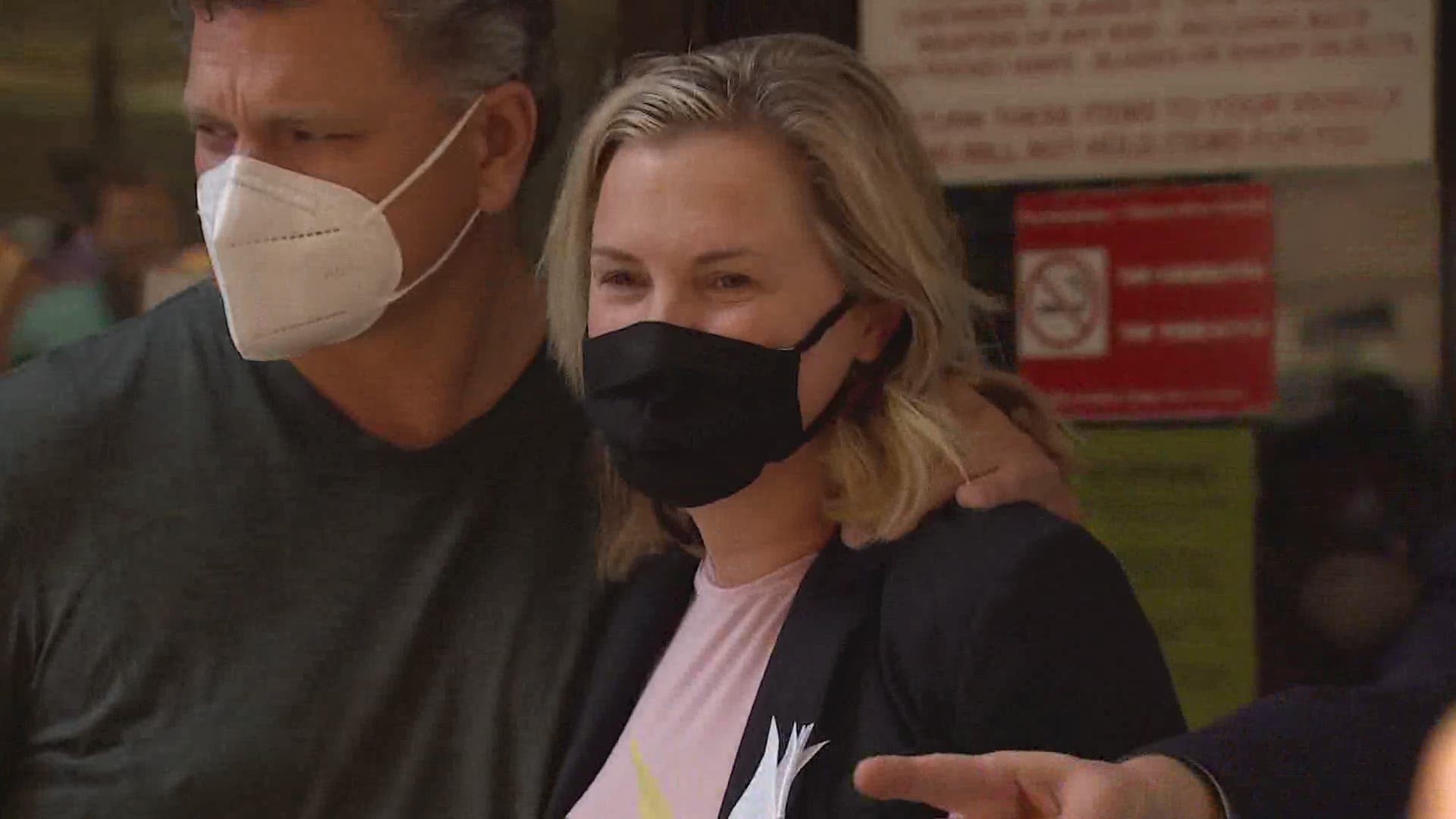 This story has been updated throughout.

A Dallas salon owner who was found in criminal contempt of court was released from jail Thursday afternoon after an order from the Supreme Court of Texas.

The state's highest court granted an emergency request for relief. But the court has yet to rule on whether she was improperly jailed. That will come later.

The court's announcement came shortly after Gov. Greg Abbott said Texans can't be jailed for violating statewide executive orders as some businesses are allowed to reopen.

Around 2 p.m. Thursday, Luther walked out of the Dallas County jail to a crowd of supporters chanting "Shelley's free! Shelley's free!"

"Thank you guys so much. I’m a little overwhelmed," she said. "I’m OK. I just want to thank all of you who I just barely met and now you’re all my friends."

While every salon and barbershop in the state was shut down to stop the spread of the coronavirus, Luther reopened her salon, defying city, county and state orders.

Abbott issued a variation of a stay-at-home order March 31 that expired on April 30. Non-essential businesses were closed and gatherings were limited.

The governor announced a phased reopening plan that began May 1, but he amended those plans Tuesday, allowing salons and barbershops to reopen Friday.

But Luther reopened even before the statewide stay-at-home order was lifted.

She was issued a citation and then sent a cease and desist letter by Dallas County officials. The salon remained open.

The City of Dallas sought a temporary restraining order forcing the salon to close, which a state district judge granted.

But Luther's salon remained open against that temporary restraining order.

In a hearing Tuesday afternoon, State District Judge Eric Moyé found Luther to be in criminal contempt of court. He ordered her to pay thousands in fines and sentenced her to seven days in jail.

But many politicians criticized the judge, and on Thursday morning, Abbott said he was modifying his executive orders, eliminating jail as a punishment for anyone who violates his rule.

He said he appealed to the state's highest court on the grounds that Luther should have been eligible to bond out.

Luther paid no money and was released on a personal recognizance bond while her case works its way through the court system.

In his Tuesday morning announcement, the governor also referenced two women arrested in Laredo who allegedly violated the community's emergency management plan for offering beauty and cosmetic services from home.

Ana Isabel Castro-Garcia and Brenda Stephanie Mata were arrested on misdemeanor charges, according to The Texas Tribune.

“Throwing Texans in jail who have had their businesses shut down through no fault of their own is nonsensical, and I will not allow it to happen,” Abbott said in a statement Thursday.

But Council Member Omar Narvaez said the City of Dallas was just doing its job by enforcing the governor's orders.

"We here in the City of Dallas were doing exactly what we were told to do by the governor of Texas, which was to make sure that the salons and barbershops and at time restaurants and bars and all of that that they stayed closed," the councilman said.

He said allowing some groups to break the rules sends a mixed message to others. Many people want to go back to work, he said.

"Why do they have to follow the rules but this one person doesn’t have to?" Narvaez asked.

Tom Melsheimer, a managing partner at Winston and Strawn law firm, said the City and Luther were following the normal legal process.

A judge ruled, found Luther in contempt, decided a punishment and she took that to the Supreme Court of Texas.

"It's very unfortunate to see the interference here from the executive branch," Melsheimer said of the tweets and public statements from state leaders, including the governor.

"It was about Judge Moyé's court order which she litigated and she decided not to follow it," Melsheimer said. 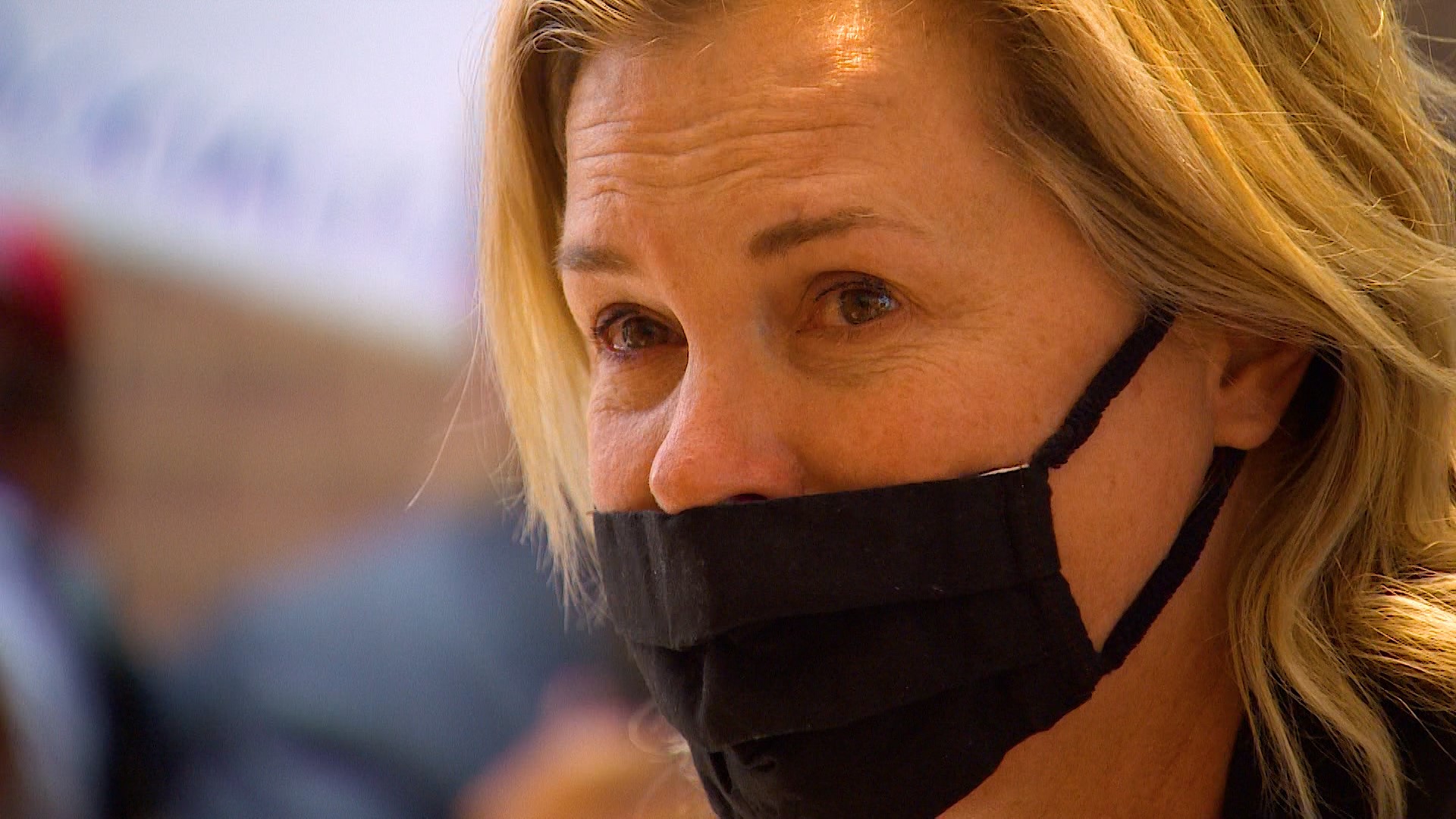