‘It is really eerie’: Spokane native living in China amid coronavirus outbreak

Tim Reaves, a graduate of East Valley High School, is living in Nan Jing, China, amid the deadly coronavirus outbreak. 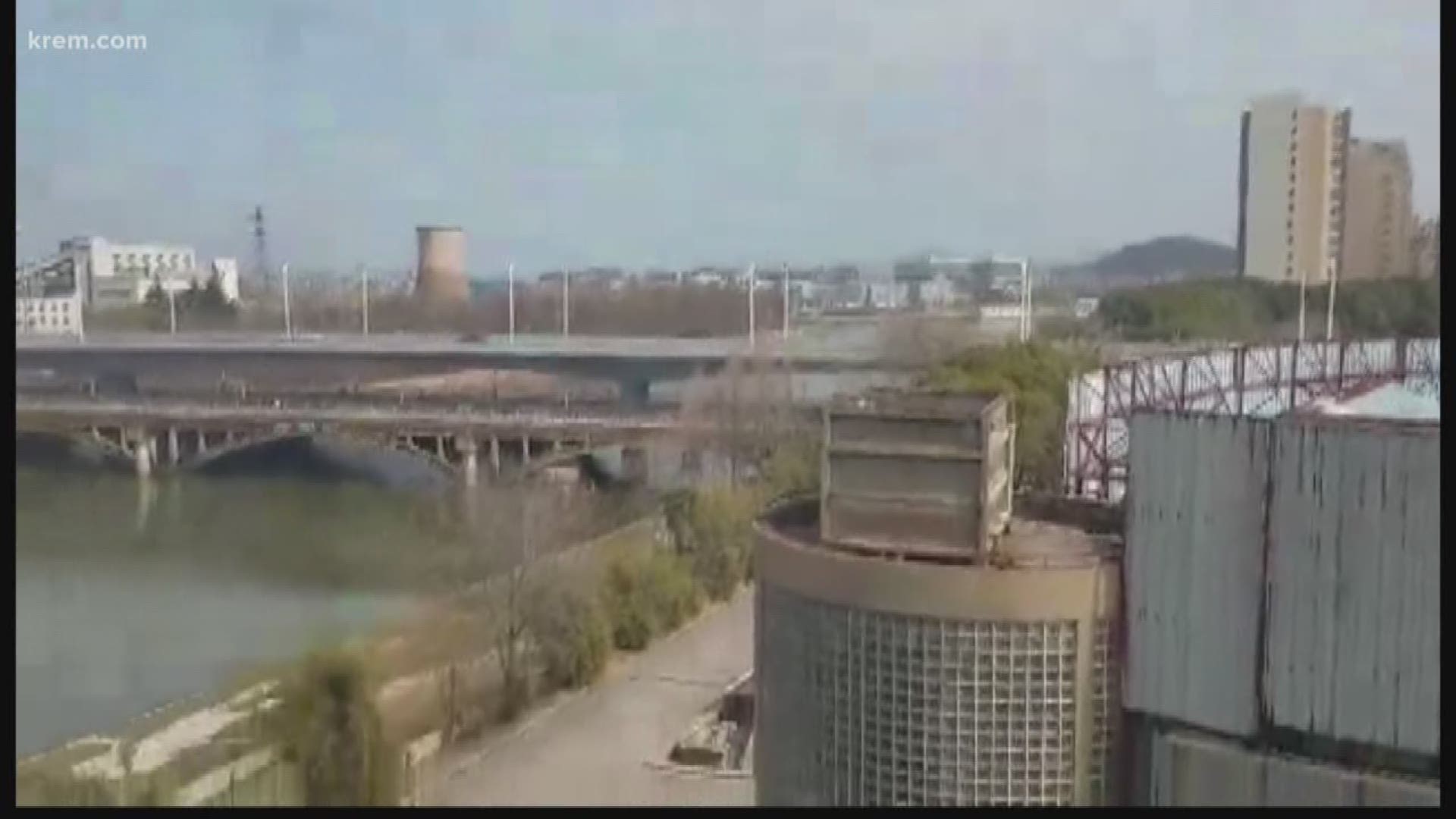 SPOKANE, Wash — “It is really eerie." That’s the way a Spokane native living in China describes the scene amid the coronavirus outbreak.

There are 15 confirmed cases of coronavirus, now named COVID-19, in the United States.

In China, 254 new daily deaths have been reported. The total deaths in the country from the more than two-month-old outbreak stood at 1,380 on Thursday, with the total number of confirmed cases in China sitting at nearly 64,000.

Tim Reaves, a graduate of East Valley High School and former student at Eastern Washington University, currently lives in Nan Jing, China. The city is more than 300 miles away from Wuhan, the virus' place of origin.

He said the once-busy and crowded streets have been silenced by coronavirus, leaving abandoned malls and emptiness in their place.

“I live across from what is normally a very busy and packed mall and now everything is closed except for the supermarket,” Reaves said.

"If I wanted to shoot a horror film, I could get some b-roll in the empty streets," he added later.

In the city of 8 million people, there are less than 100 confirmed cases, Reaves said.

“You walk down those walking streets, and it’s dark and quiet,” he added.

RELATED: US confirms 15th coronavirus case, this one in a Texas evacuee

Reaves’ daily life has completely changed since the virus outbreak, which has kept him confined to his small apartment most hours of the day. He said masks are mandatory in public places throughout China and intercity travel is restricted to essential trips only.

Most schools, banks, restaurants and government agencies are closed, Reaves said. Grocery stores and pharmacies are among the only places he finds that still have their doors open.

“When I go grocery shopping, I hold my bag with one hand and use my left hand to grab things. That way I minimize my contact,” Reaves said.

“Most businesses could open if they wanted. They are doing temperature checks at the door and have to hire someone to do that. It’s not worth it because most people aren’t even going out,” he added.

Reaves also checks in daily with apartment complex management to confirm that he does not have symptoms of the coronavirus.

“About every other day, the apartment management comes, knocks on our door and takes our temperature,” he said.

To keep busy, Reaves reads books, contacts his friends in the United States and watches a lot of documentaries.

Reaves says everyone in China just wants their lives to return to normal as soon as possible. But, for now, Reaves is among millions of people in China who are hoping the outbreak will come to an end soon.

RELATED: VERIFY: Why Lysol already knew about the coronavirus — and can its products really fight it?