The state watchdog is criticizing the growing number of nursing homes that bar family members from visiting loved ones outside their window during the pandemic. 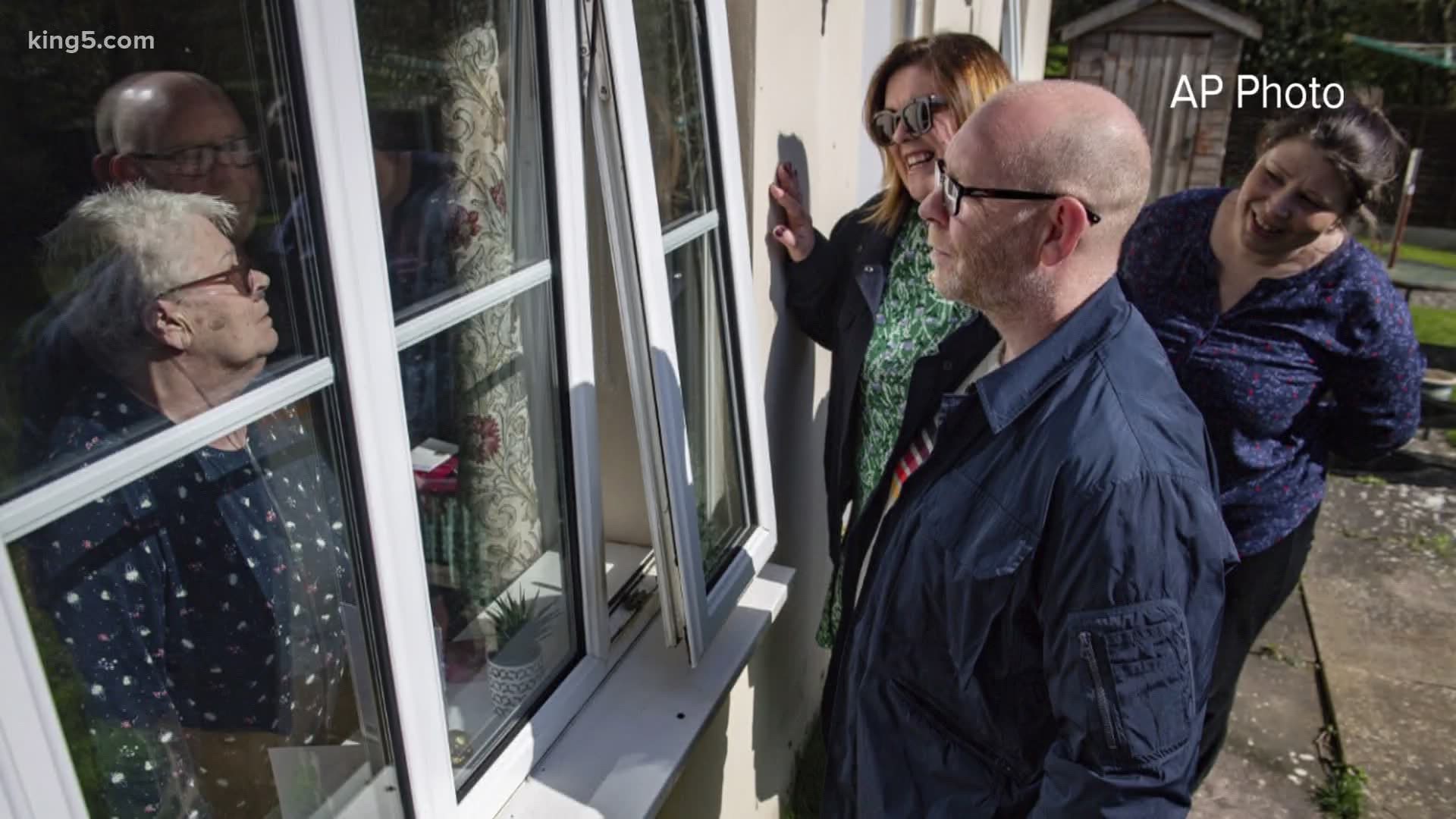 The Washington State Long Term Care Ombudsman Office is concerned about increasing numbers of care facilities who are stopping families from window visits with their loved ones on the inside during the pandemic.

“The fact that there are facilities that are prohibiting visitation to windows just seems outrageous to me,” said ombuds Patricia Hunter.

She says she's aware of three or four complaints filed with her office, but she suspects that may be just the tip of the iceberg.

Katrina Rostedt’s family filed a complaint with the ombuds after her mother was barred from visiting Katrina’s cancer-stricken brother at University Place Rehabilitation Center in Pierce County.

“She had one visit standing outside his window, but she learned from the administrator that was not allowed,” Katrina said.

She says the family was told that the window visit did not allow for safe social distancing, and landscaping could pose as a liability and a trip hazard and that it was unfair to other residents who did not have a window room facing the outside of the building.

“I think it’s unacceptable and if it’s unsafe then another solution needs to be provided,” Katrina said.

Most care facilities have banned visitors inside because their residents are at a higher risk for contracting coronavirus.

Ombuds Patricia Hunter says her office has heard several excuses from long term care facilities for putting a stop to the window visits, as well.

“One other concern given was that this was the governor’s proclamation and they had to do this, which is just untrue,” Hunter said.

She received another complaint that one nursing home had screwed a resident's window shut in an effort to cut off contact with family members.

When contacted by KING 5, University Place Rehabilitation Center Administrator Johnathan Ashley said in a written statement, “Our team remains committed to ensuring that every effort is being made to protect the people we serve.”

He said visits are allowed at a specific window, and that the facility is using electronic devices to allow residents to speak with their loved ones.

Hunter says Ashley stood by his decision barring window visits when her office contacted him.

However, Katrina Rostedt says the facility finally relented and allowed her family to visit with her 48-year-old, terminally ill brother on Mother’s day.  They saw him through a window in the facilities lobby and spoke with him on the phone.

“It’s the end of his life and I don’t want him to be in isolation,” she said while pleading for care facilities to make accommodations for residents.