Several states have announced a return to more restrictive coronavirus measures due to a rise in cases. Washington state doesn't want to revert to old restrictions. 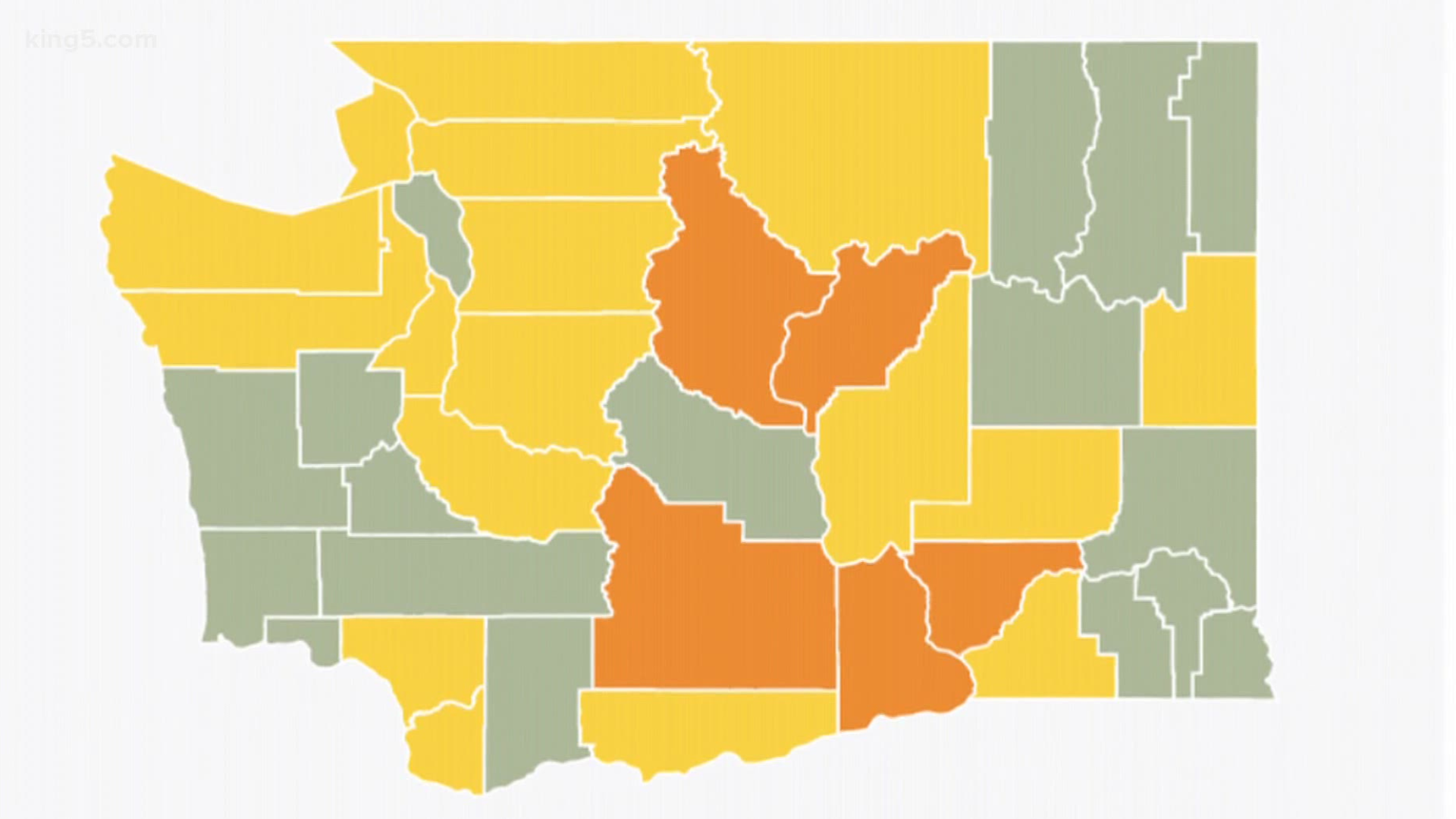 SEATTLE — Many are looking forward to getting back to normal life as coronavirus impacts wear on and the disease continues to spread in the U.S.

Some states like Florida, Arizona and Texas have announced a return to more restrictive measures, after cases spiked during reopenings.

So what’s the plan in Washington state, where cases have been trending upward for weeks now?

Over the weekend, Gov. Inslee announced a pause on counties moving to Phase 4 in the “Safe Start” plan. Washington had 31,752 confirmed cases as of Monday, which is a 5.9% positive rate, according to the Washington State Department of Health.  At this point, 1,310 people have died.

Five counties remain in Phase 1 or modified Phase 1, with 17 in Phase 3 as of the Friday update. Eight counties were eligible to move to Phase 4 before the pause, Inslee’s office said.

"Phase 4 would mean a return to normal activity and we can’t do that now due to the continued rise in cases across the state," Inslee said in a statement. "We all want to get back to doing all the things we love in Washington during the summer, and fully open our economy, but we aren’t there yet. This is an evolving situation and we will continue to make decisions based on the data."

His press office stressed on Monday that Washington counties can still proceed through reopening as far as Phase 3, but the state is not planning to mandate steps down to lower stages at this time, according to Tara Lee, the communications director for the Governor.

“We don’t want to move anyone back right now, that’s not the goal,” Lee said.

Snohomish, Pierce and King counties have progressed to Phase 2, but cases are rising. King County reported a rise in transmission on Friday and Snohomish County announced it would delay its application for Phase 3.

Tacoma-Pierce County Public Health announced it would recommend a modified Phase 2, which would loosen some restrictions.

Lee added state officials are watching the models over the next few weeks, and reiterating the mandate that people wear masks or face coverings when out in public to slow the spread.

Anecdotally, they’re hearing some areas are being more compliant than others, but Inslee’s office has not heard of any formal enforcement since the order took effect Friday.

The focus remains on educating people on the importance of masks, Lee said. Violation of the mask order is a misdemeanor.

Inslee's office said because of furloughs for state employees to reduce costs, the Governor does not plan to conduct media availabilities on Mondays through July 27, barring an emergency.

RELATED: Lots of masks — and opinions — on Washington's first day of mandated use