Pyramid Alehouse, a pre-game destination for crowds of sports fans for more than 30 years, is closing for good. A business group fears more could follow. 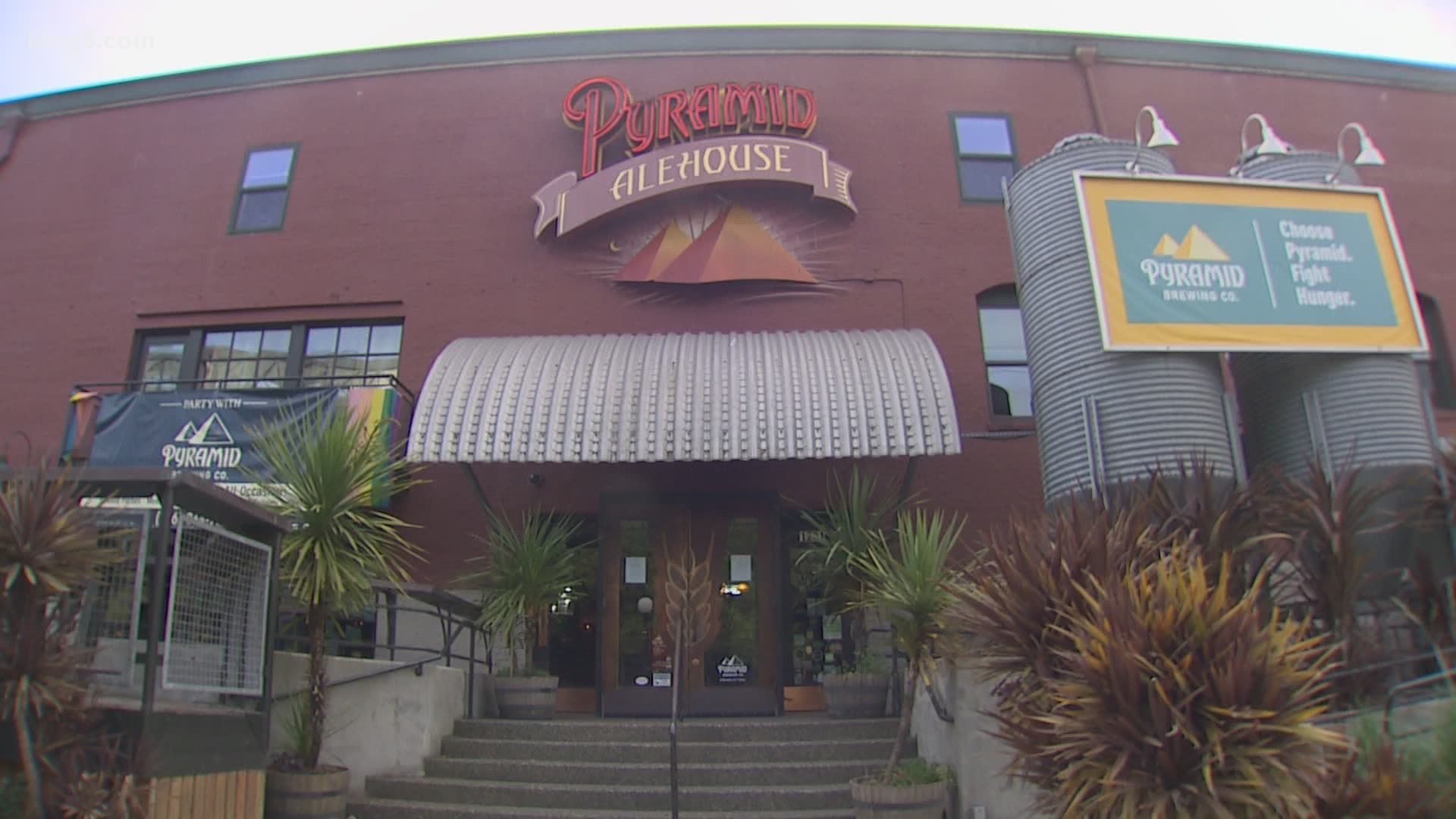 SEATTLE — Pyramid Alehouse, a pre-game destination for sports fans for more than 30 years, is closing for good in Seattle's SoDo neighborhood.

“Our Alehouse business has become increasingly difficult to operate. The current environment will make it even harder,” said Rich Andrews, CEO of FIFCO USA, which owns Pyramid and several other beer brands.

Crowds of Mariners and Sounders FC fans, as well as concert and event audiences, have disappeared from the neighborhood’s sidewalks this spring because of the stay-at-home order. It’s not clear when they’ll return.

“It's really sad to see an anchor business that's been a mainstay of SoDo for years close up,” said Erin Goodman, executive director of the SoDo Business Improvement Area, which includes the stadiums.

“I think this is only the first of longtime favorite businesses that are going to close their doors for good,” she said.

Restrictions on large sporting events and concerts are the last to be lifted under a phased plan Gov. Jay Inslee unveiled on Friday. Phase one, when some non-essential business can reopen, starts May 5. There’s no timeline for phase four, which would allow gatherings of thousands of people.

To prop up neighborhood bars, restaurants, and shops, the Sounders have given out more than $200,000 of grants to nearby workers and small businesses.

The payments, some in the thousands of dollars, can be used on anything from groceries to rent, and the Sounders say there's more money on the way.

“We're seeing some folks really think outside the box on how they can survive, but we know that there's going to be more, more closures,” Goodman said.

Pyramid’s owners said they are offering severance to employees impacted by the closure. Pyramid beer will still be available at retailers throughout the region, the company said.