Many businesses are struggling in Phase 2, but rising cases of coronavirus in Pierce and Snohomish counties could mean they'll have to wait for Phase 3 of reopening. 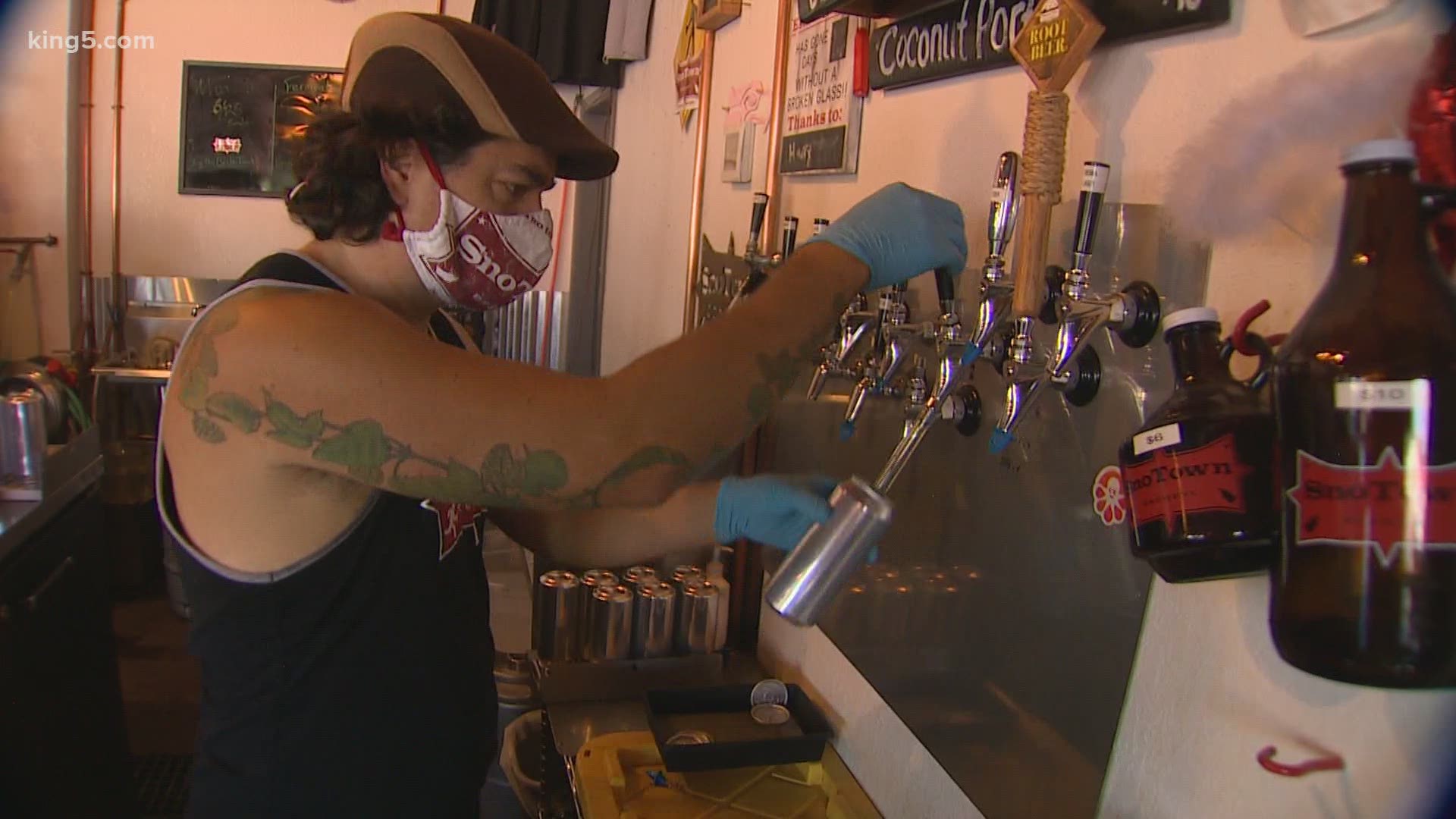 SNOHOMISH, Wash. — Pierce and Snohomish are two of the biggest counties in Washington. Nearly three weeks ago they were approved to move to Phase 2 of the state’s reopening plan. But now it seems that Phase 3 isn't coming anytime soon.

”When we applied for Phase 2 two-and-a-half weeks ago, our total cases over two weeks was 16 per 100,000 residents. As of today’s case count, that has increased to 31.5 per 100,000,” Dr. Anthony Chen of the Tacoma Pierce County Health Department wrote in a blog post on Wednesday.

The rolling average of cases per 100,000 is a key metric in the state’s reopening plans.

For this metric, 25 or fewer cases per 100,000 is good, but both Pierce and Snohomish counties are headed in the wrong direction.

In Snohomish County there are also concerns, Dr. Chris Spitters of the Snohomish Health District said on this week's Zoom call with County Executive Dave Somers.

“It’s not a one-way street," Spitters said. "We’re making progress, but if things don’t go well we can get stalled or we can even move backward.”

Snohomish is also seeing that same metric rise. On Wednesday, it had reached 25.7 cases per 100,000 people.

Phase 2 lifted some restrictions for businesses, including allowing restaurants to seat up to 50% capacity in dining rooms and letting salons and barbershops open.

Phase 3 allows increased activities, including the opening of gyms and movie theaters, and allowing restaurants to expand seating to 75% capacity.

But with the latest data, Somers said applying to move Snohomish County to Phase 3 is a toss-up.

“If we’re not even close or trending in the wrong direction and clearly don’t meet the criteria, we’ll have to make a decision on whether we submit or not,” Somers said.

Why — after the progress made with the stay-home orders —  does there appear to be a change in direction?

Chen said all of us are to blame, as it is in states like Florida which has seen the biggest rise in COVID cases among younger adults in their 20s and 30s. That rise is attributed to adults who are socializing in large groups and close quarters as if the pandemic were over.

Chen said that also is happening in Pierce County, citing the biggest increases in adults under 40. He also said people are traveling more and getting more exposed as workplaces open.

Protests, graduation parties and younger people simply not wearing masks are  just some of the potential avenues for infection.

“Right now, we are not in a position to apply for Phase 3,” Chen wrote. “We expected some increase in disease when we entered Phase 2. We are worried it has increased and is not leveling off.  We strongly urge everyone to stay the course with precautions. The Governor has not ordered a county to move backwards, but we do not want to become the first.”

In Snohomish County, the data does not yet factor a recent party of more than 50 people attended by a person who was sick with coronavirus.

Spitters says his agency believes they can contact trace most people at the party, a party which was illegal under the Phase 2 rules that limit gatherings to 5 people or less.

The agency has not yet released the location or exact date of the party.

RELATED: Decreased use of masks a concern as Washington state reopens counties