As many summer venues remain closed due to the pandemic, Snohomish County reports three times as many visitors at parks than normal for this time of year. 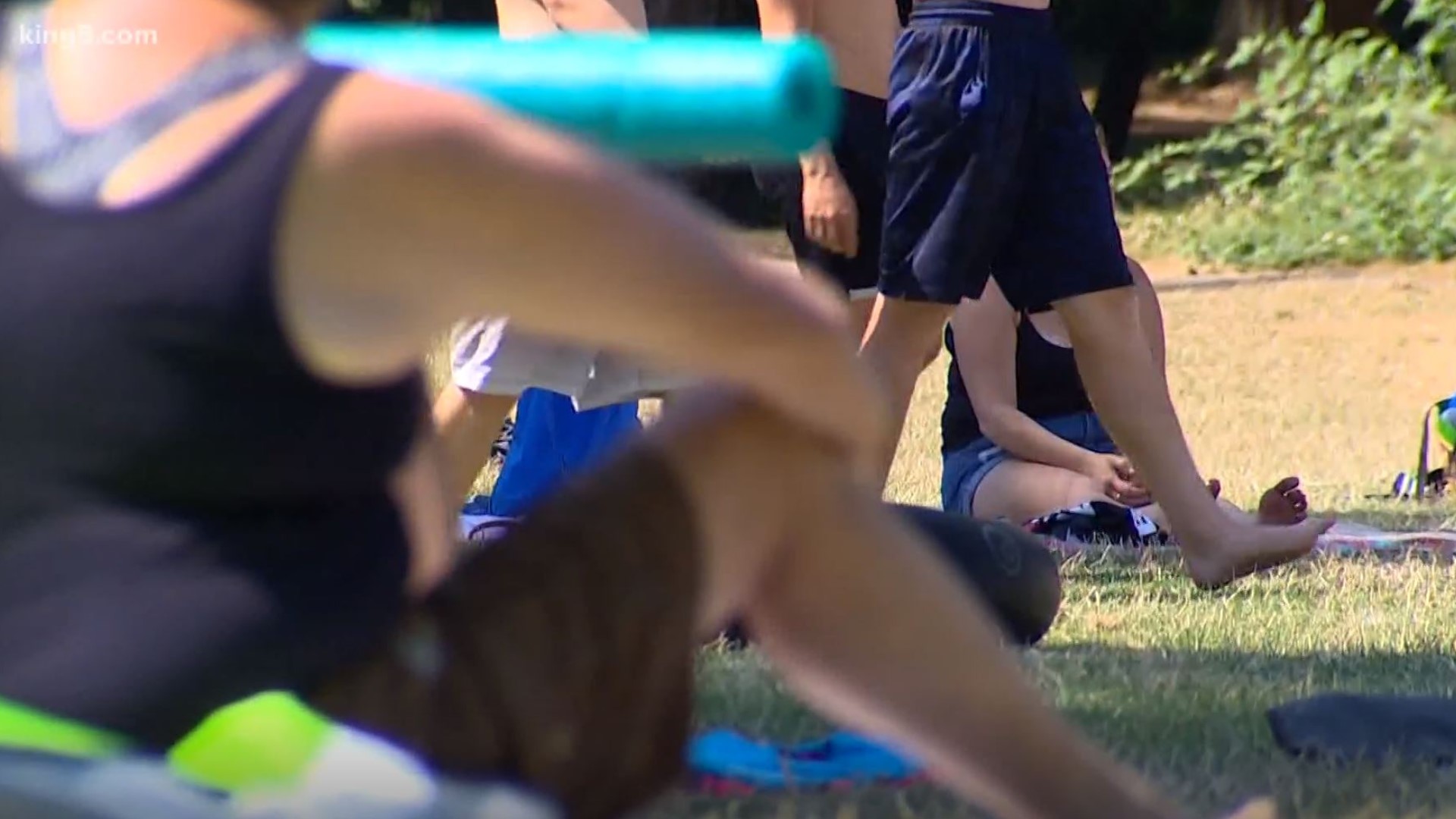 SNOHOMISH COUNTY, Wash. — Broken toilets, overcrowded beaches, and no social distancing. Those are all things Snohomish County Parks and Recreation is reporting as tons of people head to parks during the pandemic.

Snohomish County reports three times as many visitors at parks as is typical for this time of year.

“We love to float and it’s a warm day and it’s a great way to be outside and be on the water and not be near people,” said Helen Fenigsohn.

Fenigsohn and her friends go floating often and said they’ve have noticed the surge in people using county parks.

“There was a whole bunch of people in the main swim area so we just kind of went to the left a little bit and we floated over there so that we could sort of make sure that we were away from people,” she said.

With typical summer activities like pools and movie theaters still closed, Snohomish County Parks and Recreation said its parks are over capacity.

“A couple of our popular parks have been overcrowded, with overflowing restrooms and unsafe conditions and crowded roads,” said Rose Smith with the county's Parks and Recreation.

While parks are open for now, Smith warns that could change.

Gary Baker and his friends chose Martha Lake in Lynnwood as a spot to hang out. He said they’re heeding social distancing guidelines and so are most others.

“If you look out here in public everybody is social distancing even at the beaches, outdoors, they’re still doing it. They still know that it has to be done,” Baker said.

A piece of advice from parks and rec: if the parking lot looks full, the park probably is too.

“When a park is over capacity, kind of think of it like a building with carrying capacity, you know, we can't have too many folks in there," Smith said. "If you were in another place, a building or something and you started seeing tons more people starting to come, would you stay there? It is up to kind of your feeling of safety.”

Smith urges people to have a Plan B in mind and not to take chances if a park is crowded.

For more tips on how to recreate safely during the pandemic, visit the Snohomish County Parks and Recreations website.