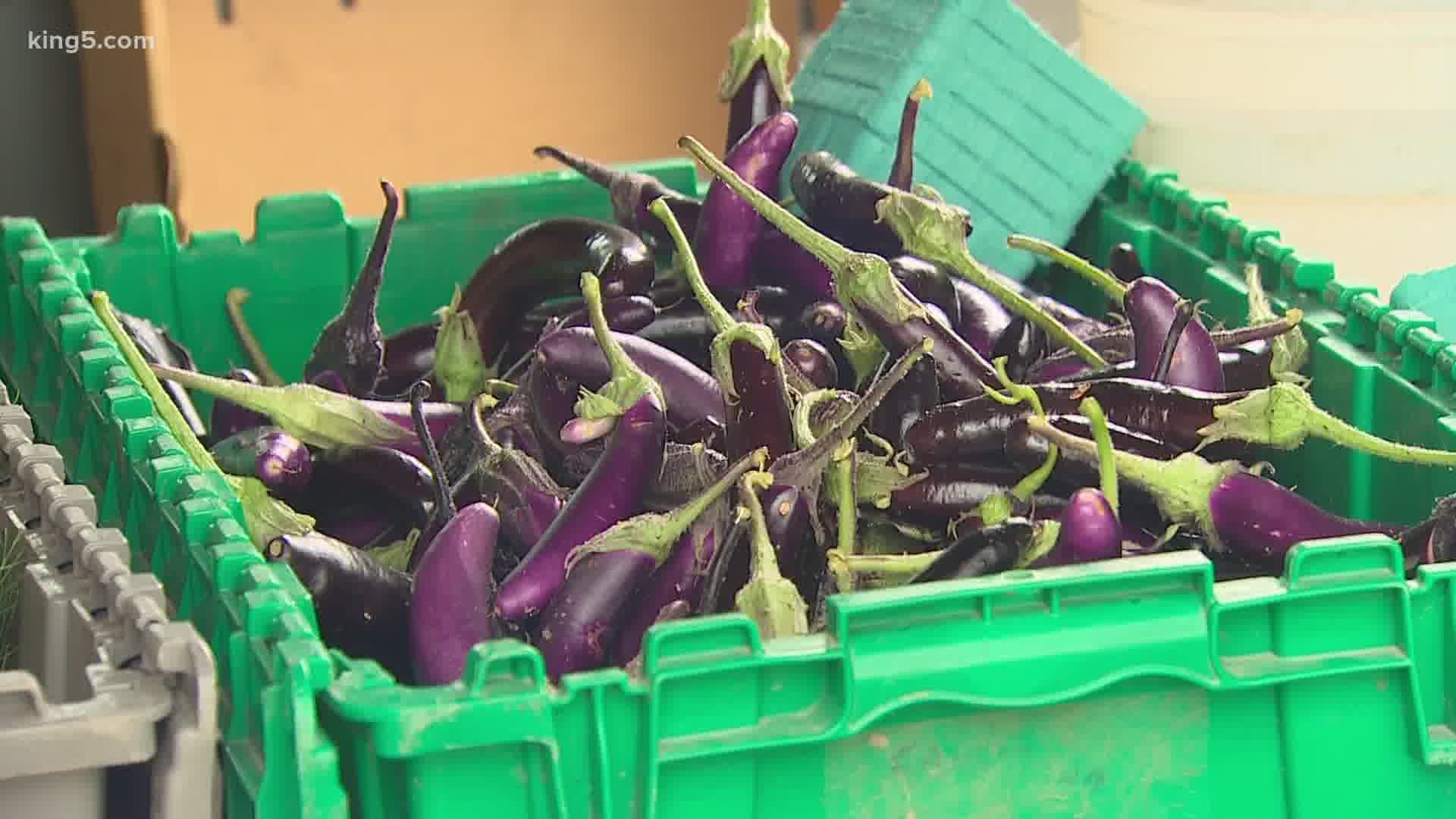 SNOHOMISH COUNTY, Wash. — Working a family farm is tough enough during the best of times. So when the pandemic hit, Vince Caruso didn't know what to expect.

"There was a lot of uncertainty," said the owner of Caruso Farms. "We decided to stay the course and see what happened."

It was a risky decision. The restaurants that bought Caruso's produce from his Snohomish farm shut down.

Farmers' markets, his other main source of income, also closed. Then there was coronavirus itself to contend with.

"Trying to make sure you have a crew that's safe and healthy is a concern and is just another difficulty," Caruso said.

Add to all that the record numbers of unemployed without enough money for food, let alone healthy food, and the situation looked bleak.

Using $150,000 in federal CARES Act funds, Snohomish County is buying food from six family farms at wholesale prices and delivering it directly to its most needy neighborhoods.

Those neighborhoods are chosen using the CDC's "Social Vulnerability Index."

"We add into that where the highest unemployment is, where there is the most rental housing assistance. We use those things, along with where there is a designated 'food desert'," said Snohomish County Agriculture Commissioner Linda Neunzig. "If the nearest place for them to get food is a gas station and it's a bag of chips and a soda for a meal, those are the people we are targeting."

Since June, the county has been able to give out more than 2,700 boxes of fresh food.

The program is credited with saving farms and families. To Vince Caruso, it's like food for the body and soul.

"The people are so grateful," he said. "They don't just take the food and leave. They stick around to make sure they say thank you."

The program currently has enough funding to last through the end of the year.

Caruso said he hopes it can be continued in some form, even after the pandemic is over.

"This is an opportunity to get good, local food, to people who need it and don't always have the resources to get it."