With supermarket prices on the rise, Snohomish County food banks prepare for a surge in need

Nationally, food prices have been up since the start of the pandemic. Local food banks expect a rise in demand after the end of the $600 unemployment bonus. 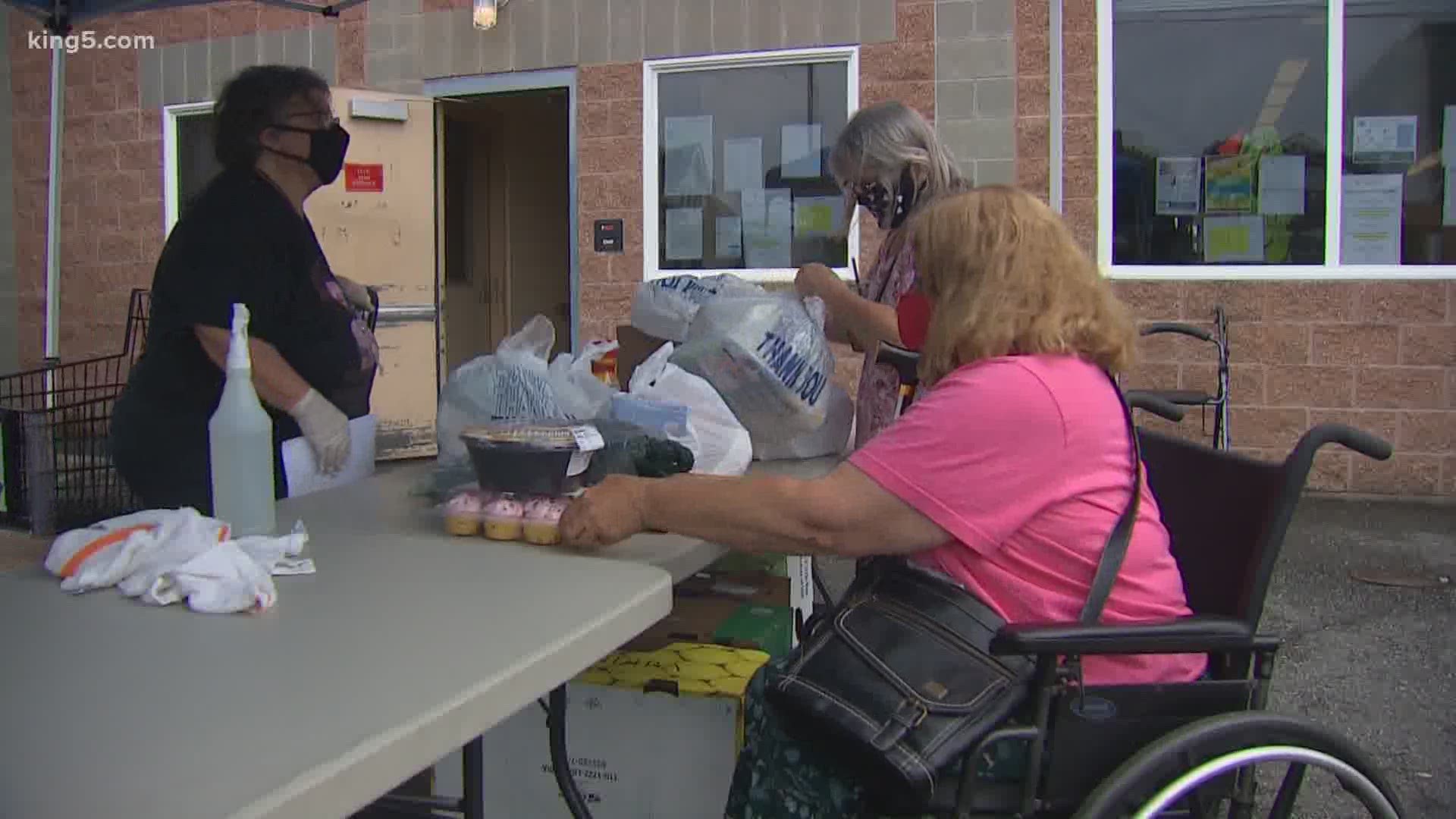 SNOHOMISH COUNTY, Wash. — Mary Ellen Pearson is on disability. She has to get food from two different food banks because prices at the supermarket are just too high.

"Without the food banks I wouldn't be able to get my nutrition," she said. "I couldn't afford to shop at a supermarket all the time. I'd be out of money."

Prices for the staples are rising across the board. According to the Bureau of Economic Analysis, beef prices are up more than 20%, eggs more than 10%, chicken and pork nearly 9%.

The reasons are many, according to NBC News senior business correspondent Stephanie Rhule.

"Early on in the COVID crisis we saw meatpacking plants be forced to shut down and infections that slowed production. But think across the board. Farmers have had a hard time getting pickers. There have been disruptions in the transportation industry," Rhule said.

Still, experts say, at this point, there do not appear to be any food shortages in America.

But the rising prices are hitting seniors especially hard. Demand for Meals on Wheels programs has tripled in Snohomish County alone.

And across Snohomish County, about 55,000 households from March through June have been served at the Volunteers of America food banks. That's up about a third over last year.

Normally they would've distributed about 3.5 million pounds of food so far this year. They're already at about 6 million.

CEO Steve Corsi is expecting a surge with the end of both the $600 unemployment bonus and the additional food stamp benefits that were part of the federal CARES act, as well as the looming seasons of cold weather.

"Sustainment will be an ongoing issue," he said. "We hope that they can. We don't see the COVID crisis, including unemployment and rising food prices, along with supply chain issues, easing up anywhere in the near future. I just don't know."

As for Mary Ellen Pearson, with so much out of her control, she does the only thing she can.