The doses could be available by Christmas, and would prioritize the sickest and most vulnerable. 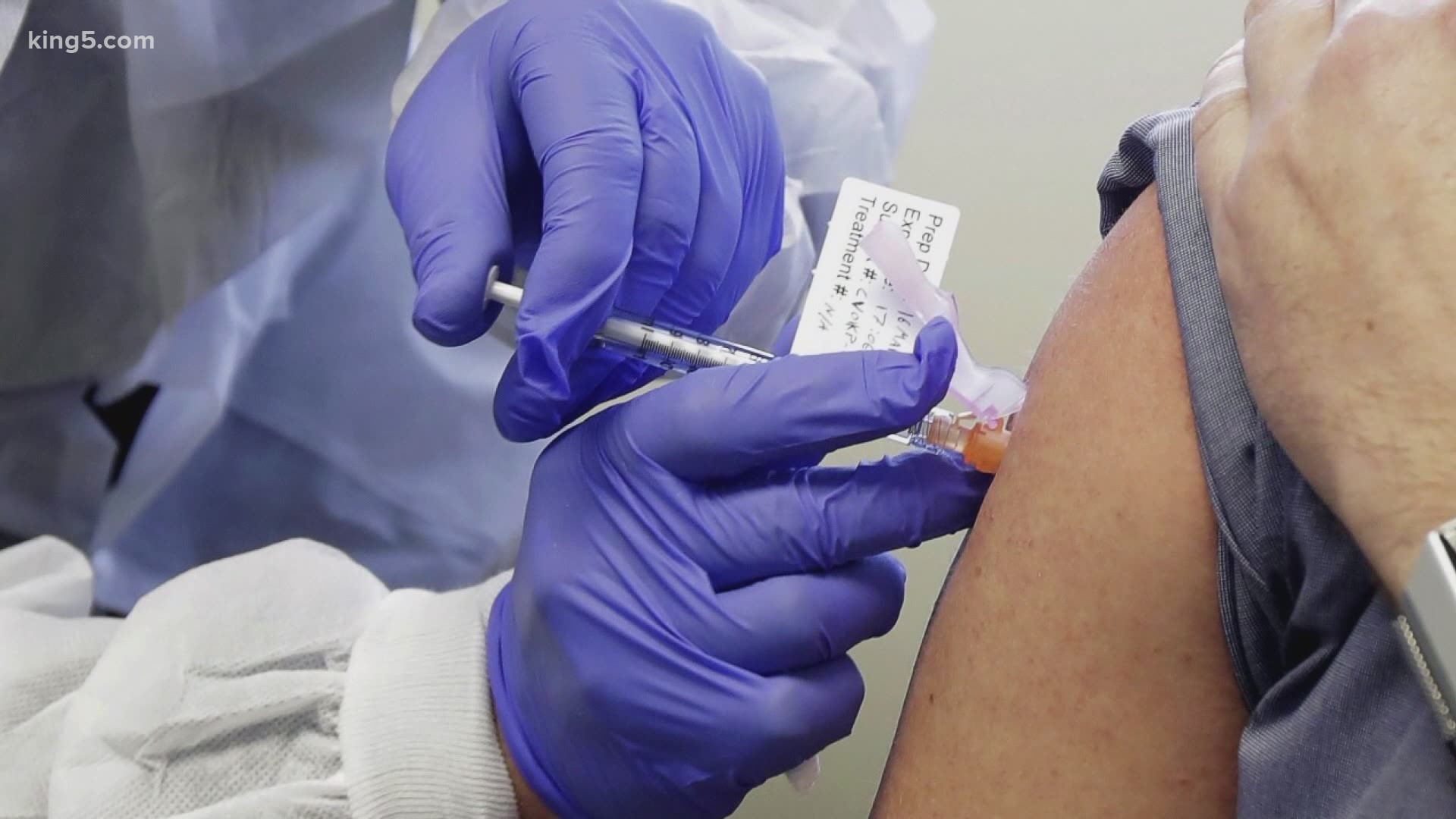 "We do have hope on the horizon," he said.

But his words came with a healthy dose of reality.

The hopeful news is that a COVID-19 vaccine could be in Washington within 24 hours of FDA approval. Spitters said that will likely happen in mid to late December.

But who gets it first? Spitters said it will be our sickest and most vulnerable.

Those people will be followed by frontline health care workers and first responders.

Then nursing home workers and residents.

The general population will start receiving it after that.

"But this will take about six to nine months to unfold," Spitters said. "So while there is hope ahead, a vaccine will not resolve our current problem or get us back closer to 'normal' for many, many months to come. Likely, the third or fourth quarter of next year."

Federal health officials announced Tuesday a goal to vaccinate 40 million of the most at-risk Americans by the end of December.

First responders and health care workers, along with people working and living in long term care facilities would come in the next wave of vaccinations, toward the end of January.

The vaccine will be available at hospitals, doctors' offices, pharmacies, and at some point, probably even Costco.

In Snohomish County, fire departments and EMTs will get the drug to those who don't have doctors.

Sites around the state previously used for testing or quarantining could become vaccination spots as well.

The vaccine will be free to most but some insurance companies might charge a fee.

Vouchers will be used for people who can't afford those fees.

Emergency management officials across Washington have been planning for the distribution since summertime.

County Emergency Management Director Jason Biermann said they have the capacity to deliver 160,000 doses per week.

"That's a fairly large number in terms of the vaccine rolling out somewhat slowly," he said. "And it's a reminder to everyone the vaccine may be two shots that will have to happen in a spaced period of time."

But the vaccine is no panacea, at least not yet.

And with the entire world waiting for one, Spitters reminded everybody that the power is within each of us to bring the pandemic to a quicker end.

"By keeping up with the masks and the physical distancing, by avoiding gatherings with people outside your household. This isn't forever but it is for now."