The Snohomish County Council will consider an ordinance that would give a one-time payment of $1,250 to frontline employees, including law enforcement. 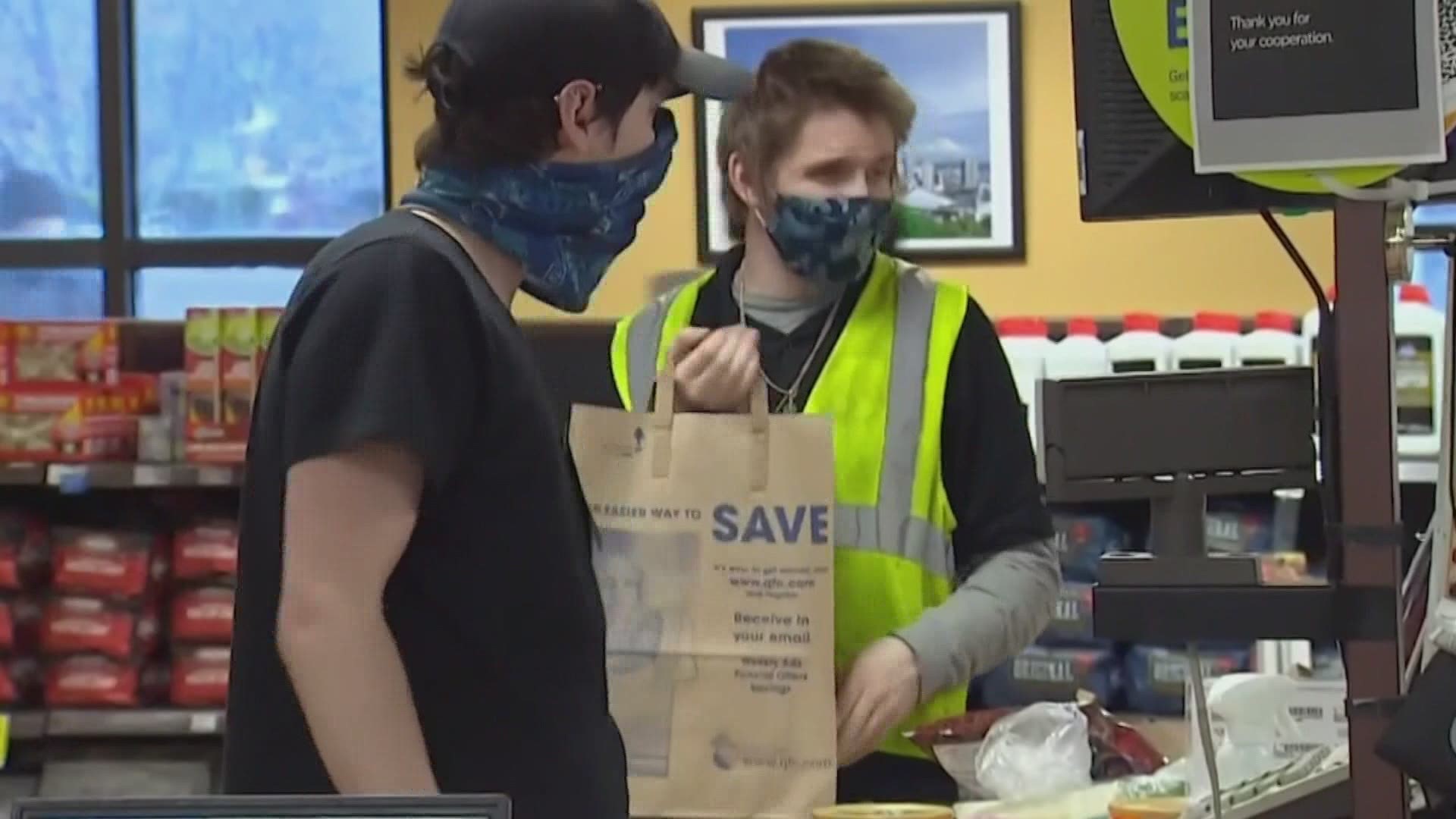 SNOHOMISH COUNTY, Wash. — Grocery workers in Snohomish County could soon get hazard pay, and other frontline employees could get a bonus, under new proposals presented to the County Council Tuesday.

Snohomish County Executive Dave Somers proposed the ordinances, which would give a one-time hazard payment of $1,250 to frontline employees engaged in essential government services, such as law enforcement and corrections personnel. The money, about $2.5 million, would come from the federal American Rescue Plan.

"We are still seeing workers who are being assaulted and spit on," Snohomish County Councilmember Megan Dunn said. "Even with the mask mandate lifted in some stores, they have to deal with those issues, as well."

Grocery store workers in unincorporated parts of the county would receive an additional $4 per hour in hazard pay until Gov. Jay Inslee lifts the state of emergency or until Dec. 31, 2021, whichever comes first. The average worker could expect to see an additional $800.

"The hazards are still there so we're trying to address that with supplemental pay," Dunn said.

"Our frontline workforce has been putting themselves at significant personal risk for the last 17 months providing ready access to food, shelter, safety, and other essential government services,” Somers said in a statement.

“While these proposals are short-term measures, these essential workers have earned this supplemental pay," Somers said. "As the labor market tightens, it is vital that we retain a healthy and motivated workforce to serve our communities. These measures will ensure we keep all our systems functioning as we transition toward recovery, while still keeping disease transmission to a minimum. I urge the County Council to swiftly consider and approve these ordinances.”

County Councilmember Nate Nehring added an amendment to the ordinance which would set aside part of the county's federal COVID-19 relief dollars to fund the hazard pay.

"If we're gonna move forward with hazard pay it's really important that we finance that with the federal funds we've been given, rather than mandating private businesses," said Nehring. "We've got this big pot of money set aside specifically for things like this from Congress and I think it's important we use that."

However, some council members say grocery stores should be paying for the raises out of pocket.

"We're talking about companies that have made billions in profits. We're asking large companies to be good employers. They can afford to pay these workers this hazard pay. They paid it in the beginning. They're making record profits," Dunn said.

The Northwest Grocery Association said it wasn't the County Council's place to mandate a wage increase as the state reopens.

"It is unnecessary and inappropriate for government to now mandate wages on grocery stores even as the state continues to reopen and vaccine rates increase. Snohomish County grocery stores have worked for the last year to support both our community and our employees," said Holly Chisa of the Northwest Grocery Association. "Our grocery stores provide wages and benefits well above minimum wage. During the pandemic, our stores provided additional pay and bonuses to our employees to thank them for their efforts to care for our community."

While some chains have made huge profits, pandemic costs have continued to rise.

Councilmember Sam Low said he has questions about why other frontline workgroups were not considered for hazard pay coverage, including those working in health care and long-term care.

The Snohomish County Council will consider the proposal and Nehring's amendment at a public hearing on June 23 at 10:30 a.m.

In Pierce County, grocery workers have been fighting to get hazard pay. The Pierce County Council approved a $4 per hour hazard pay ordinance last month, but it was quickly vetoed by that county's executive. The outcome of that legislation is still undetermined.