The county is reporting its case number being close to its highest recorded peak when the pandemic began in March. 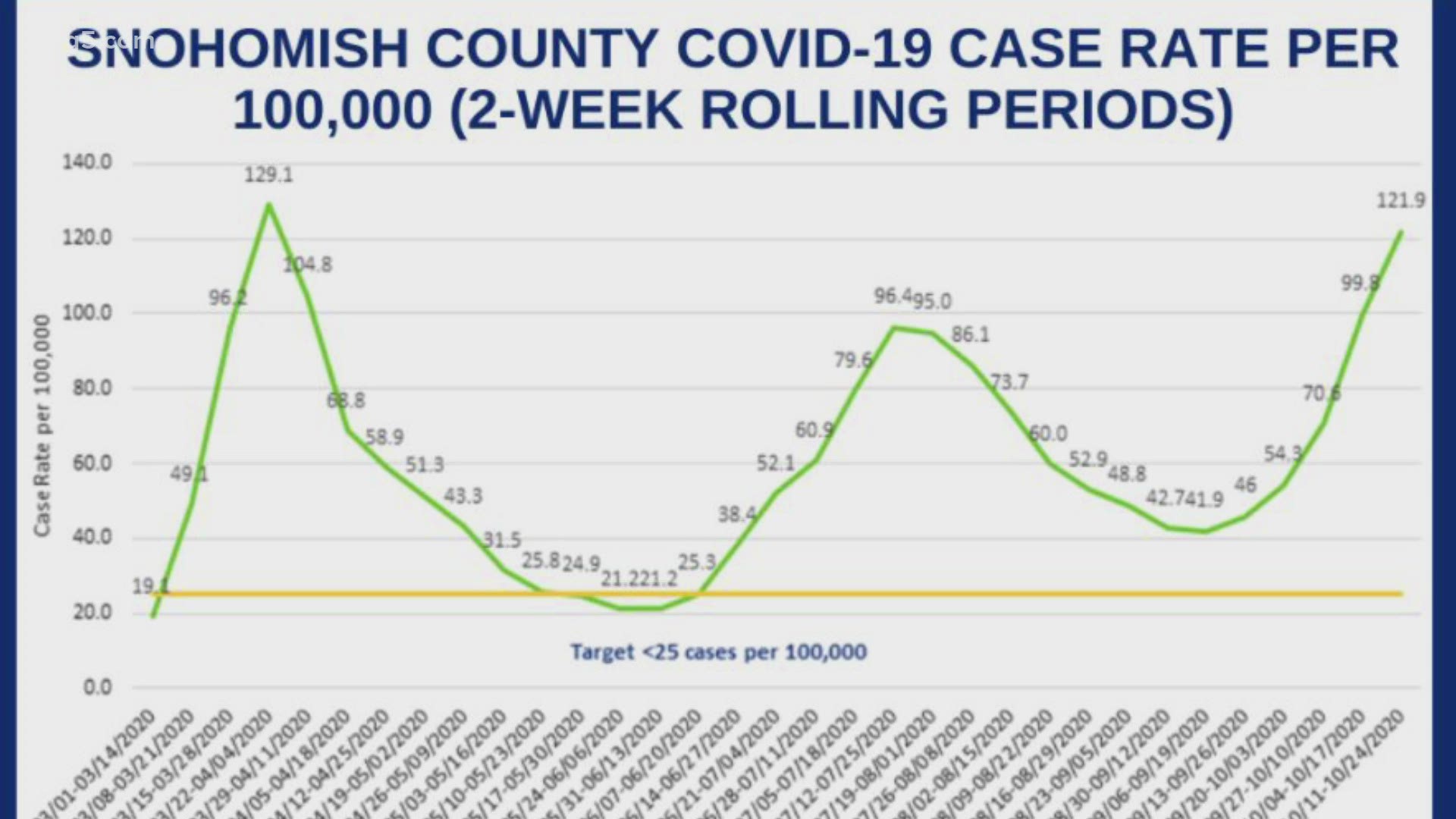 SNOHOMISH COUNTY, Wash. — Coronavirus cases in Snohomish County have been increasing for more than a month, according to data from the Snohomish Health District.

The current case rate is the second highest it's been during the pandemic.

That same data set shows outbreaks doubled in the county from six in early October to 12 in mid-October. The positivity rate also jumped from 4.6% to 5.8%. The target for the county is 2% positivity.

"We can all take action to help fight the fall and winter surge of respiratory illnesses, particularly COVID-19. Mask up when around anyone who is not part of your household, stay home if you are ill, wash your hands, clean and sanitize the surfaces you touch most often, and avoid gatherings," a Snohomish Health District Facebook post reads.

Everett is reporting the highest number of cases in the county.

The Everett Special Education PTSA posted on social media Monday night that the Everett School District will delay the start of the Stage 2 Learning Model. It was scheduled to begin on November 2, but according to the Everett PTSA the start has been pushed back two weeks to November 16. Stage 2 will allow Developmental Kindergarten, STRIVE and Life Skills students back into the classroom five days a week, and developmental pre-kindergarten four day a week.

All other students will continue virtual learning.