One Washington whistleblower said he was the target of harassing emails after conservative groups shared the 'snitch list' on social media. 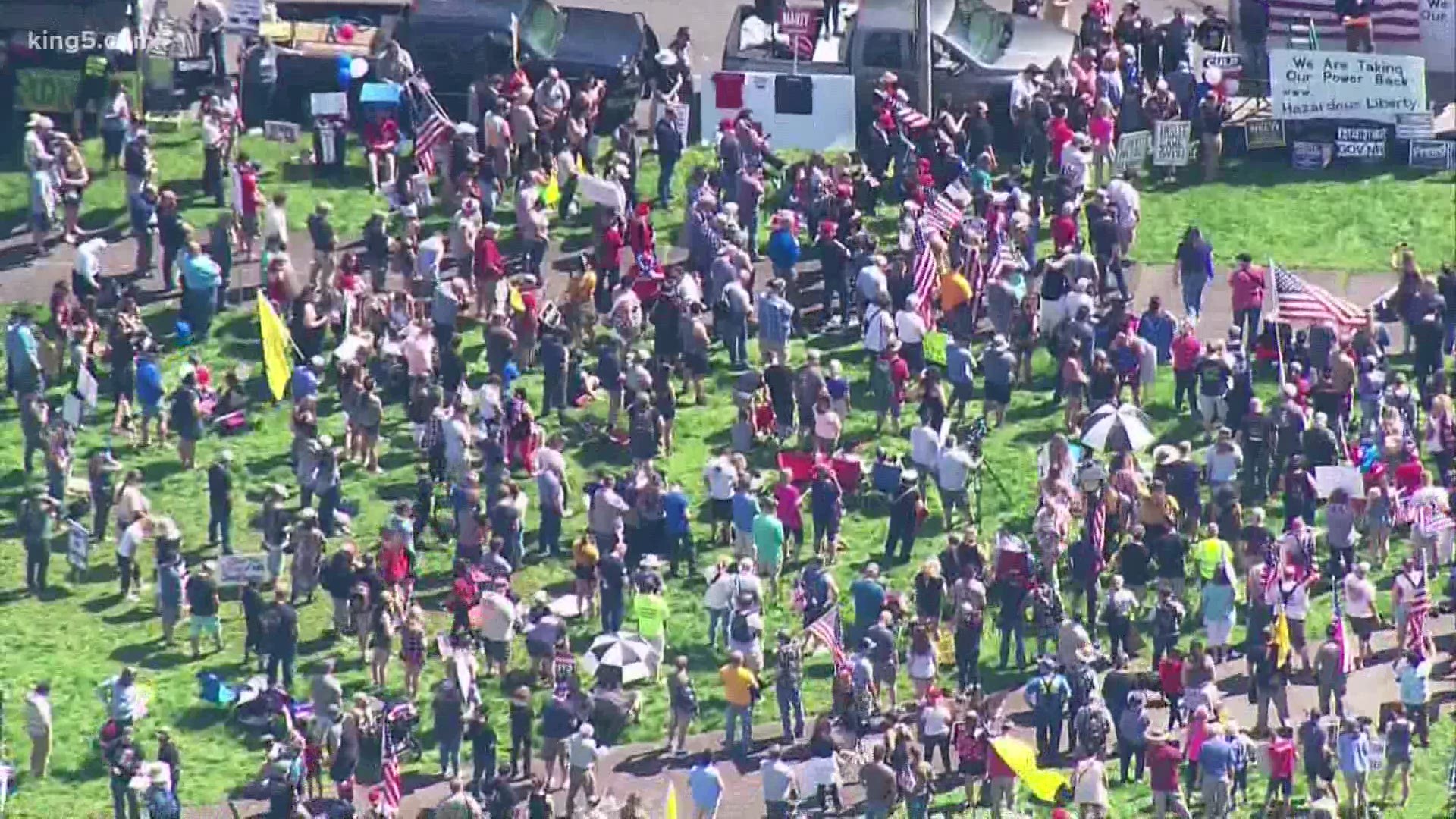 WASHINGTON — Whistleblowers who reported Washington businesses in violation of Gov. Jay Inslee’s "Stay Home, Stay Healthy" orders have become targets of online harassment and doxxing after their names were released as part of a public records request.

One man, who wanted to remain anonymous for fear of retaliation, said his name appeared on the list. He sent KING 5 an email from a “Julie Johnson,” with the subject line “Lowlife POS Whistleblower Snitches.”

The email reads: “You are all cowards. You are despicable…Every one of you are pieces of s---…If you don’t like the fact that they opened their business, stay the f--- home. Forever…”

The state website where people can submit violations of the governor’s proclamation specifies: “All of the information collected at this site is considered public information.”

Matt Marshall, president of the far-right group Washington Three Percenters,  acknowledged that his group shared the list on social media.

“We believe in the Constitution and the fundamental right to face your accuser,” he said. “So we put the list up on the website for business owners who wanted to know.” But Marshall was adamant that his group had nothing to do with any threatening or harassing communications.

Marshall said his group received the list secondhand from “an officer with the Republican party” and said that there were 25 public records requests for the list.

“Lots of people have been trying to say that we have fostered an environment to cause neighbors to receive threats. I don’t believe that all,” said Marshall. “I believe that if there’s an environment for threats to be made, it’s coming from the governor of the state and the way he locked it down and set up a website that was publicly disclosable.”

Governor Jay Inslee's office issued a statement saying he "strongly condemns harassment of any kind...This threatening behavior is unacceptable and repugnant." The statement pointed out that there is an option for people to report violations anonymously.

State Attorney General Bob Ferguson released a statement to KING 5 News saying: “It’s deeply troubling that Washingtonians who are trying to keep their communities safe and healthy are being harassed. This should stop immediately. Anyone who received threats should consider contacting their local law enforcement.”