School is getting underway for a lot of Washington school districts, and parents are finding remote learning is a lot more intense this fall. 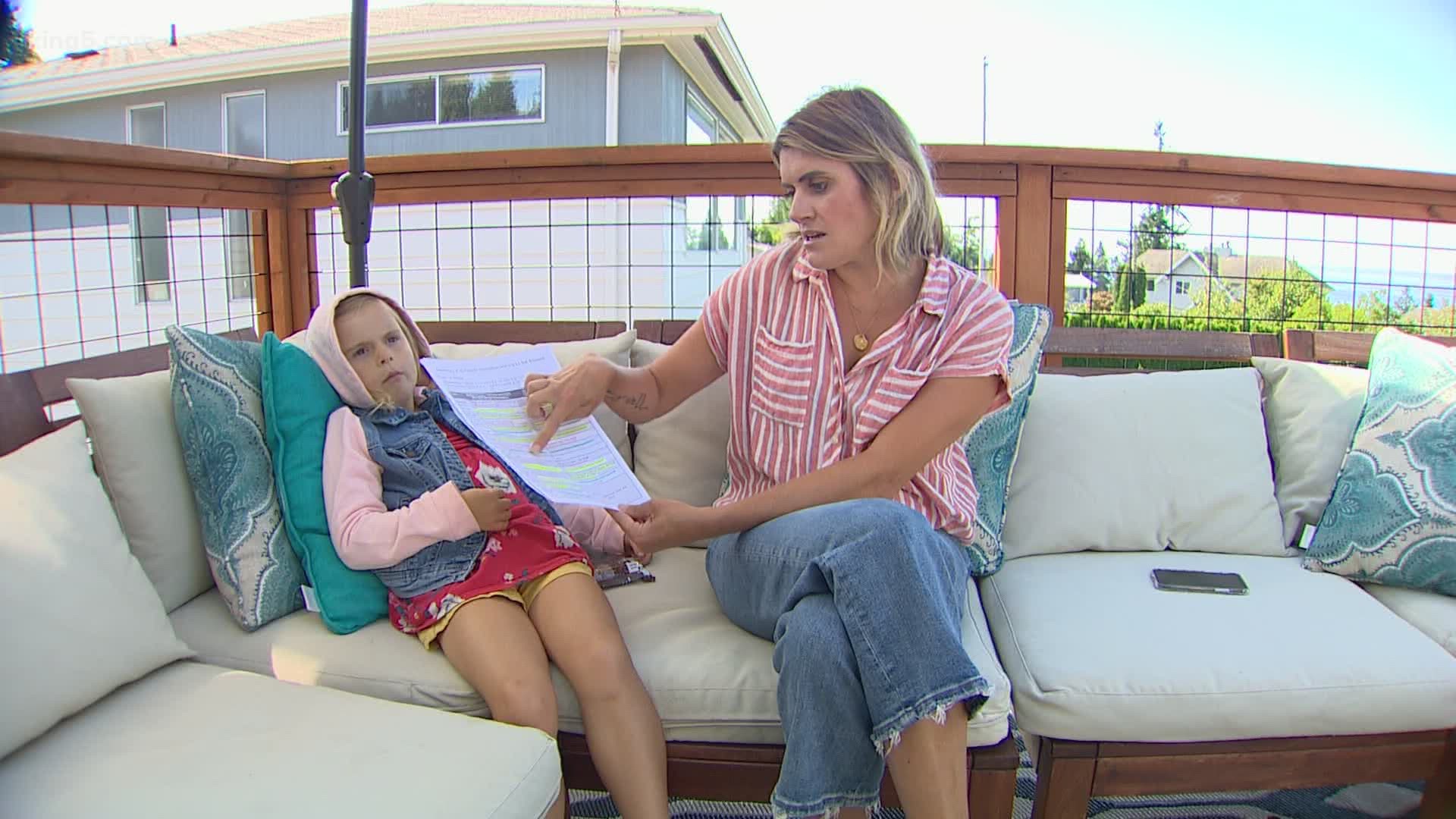 The K-5 schedule is rigorous and includes seven different periods of live learning, four periods of individual work, four different times for kids to move or play and 20 minutes for lunch.

"I think my biggest concern was when I counted, there were 18 transitions," said McFarlane.

The middle school schedule consists of three class periods and a 25-minute lunch that is at a different time than the elementary students.

"Maybe the older kids can handle that amount of time on the computer," said McFarlane. "I just don't know they can stay focused."

McFarlane also has a four-year-old who will be at home, and she's concerned how she's going to help her older children navigate their school day while keeping a preschooler engaged.

"I have four kids in very diverse age groups, so it's not like I can form a pod," said McFarlane.

A few miles away, another parent Rebecca Arpin is nervous, but also has a lot of faith in the teachers in the district.

"I personally know many teachers that have been busting their butts this summer to come up with the best possible learning plan and realizing it's a lose-lose.  We're in the middle of a lose-lose situation," said Arpin.

Aprin has a third grader who's a highly capable student and a first grader who has special needs. They are on the same schedule but have very different needs.

"My younger son, I am worried about him,” Arpin said. “He's on an (individualized education program), he has autism. He thrives on a schedule, so I think the schedule will work well for him, but he also really needs that social emotional engagement.”

Shoreline Public Schools calls the schedule a "robust learning model." In a statement, the district explained that "the schedules developed will allow our educators to develop and provide exceptional learning opportunities and connections for all of our students and families. The schedules also meet the required number of instructional hours required by the Office of Superintendent of Public Instruction."

McFarlane says when she called her daughter's elementary school principal with concerns, she was met with understanding and flexibility.

"When I called her freaking out, she said, ‘Let's figure out how we can make this work for your family,’" said McFarlane.

When asked about the challenges parents are facing with multiple children and different schedules, Shoreline Schools responded by saying, "We know there are many reasons why the structure of schedule might be challenging for some families, such as: job schedules, technology, childcare, etc. We encourage families to reach out to their school's principal to discuss their particular situation and what supports they may need to support your child's success."