Several major city parks, including Discovery, Green Lake, and Alki, were closed for Easter weekend to stop the spread of coronavirus. 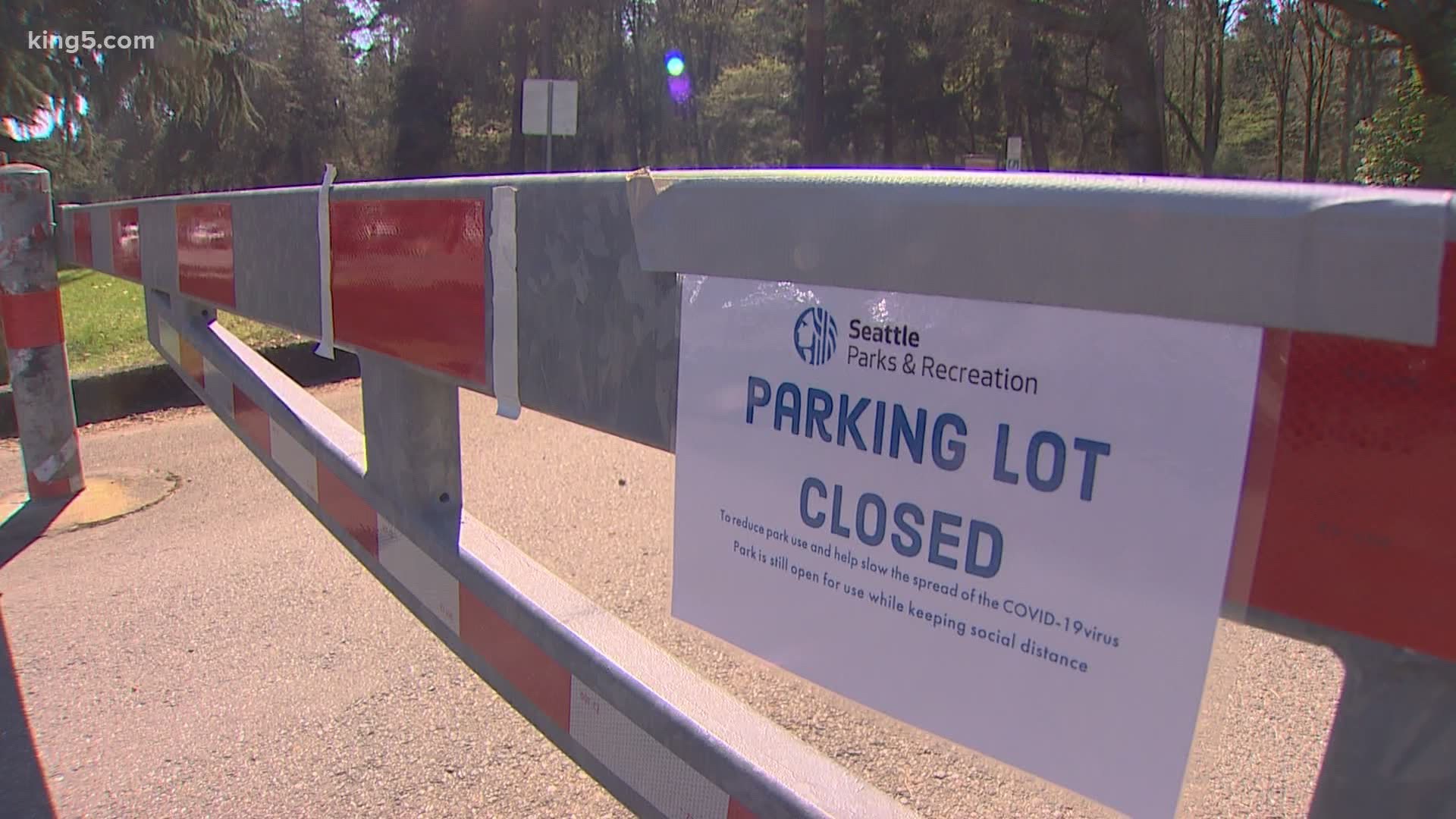 SEATTLE — Ahead of a warm Easter weekend, Seattle closed major city parks to encourage social distancing to help slow the spread of the coronavirus (COVID-19).

“We really are taking this step because we think it’s important for us to continue the really hard work of flattening this curve,” said Durkan.

Chief Best said parks employees were out watching for violators. They first asked people to voluntarily leave closed areas but will be able to contact on-call SPD officers if necessary.

“Again, our first option is always to get people to voluntarily comply, to be socially responsible, to show they have a care for their city, their loved ones, and their neighbors,” Best said. “But that being said we do have the potential to write a citation to people who are out of compliance.”

King County closed its parks and trails March 21, and they remain closed until health officials give the OK, officials said Thursday.

“The better job we all do at heeding this order, the sooner this crisis will be over, and the sooner we can all return to the parks and trails systems that we love so much,” said Doug Williams with King County Dept. of Natural Resources and Parks.

Those closures came after a busy weekend on Washington's trails and beaches - as people jammed into outdoor spaces.