A coffee shop owner ran into some commission cap confusion with a third-party delivery service. It turned out to be a case of miscommunication. 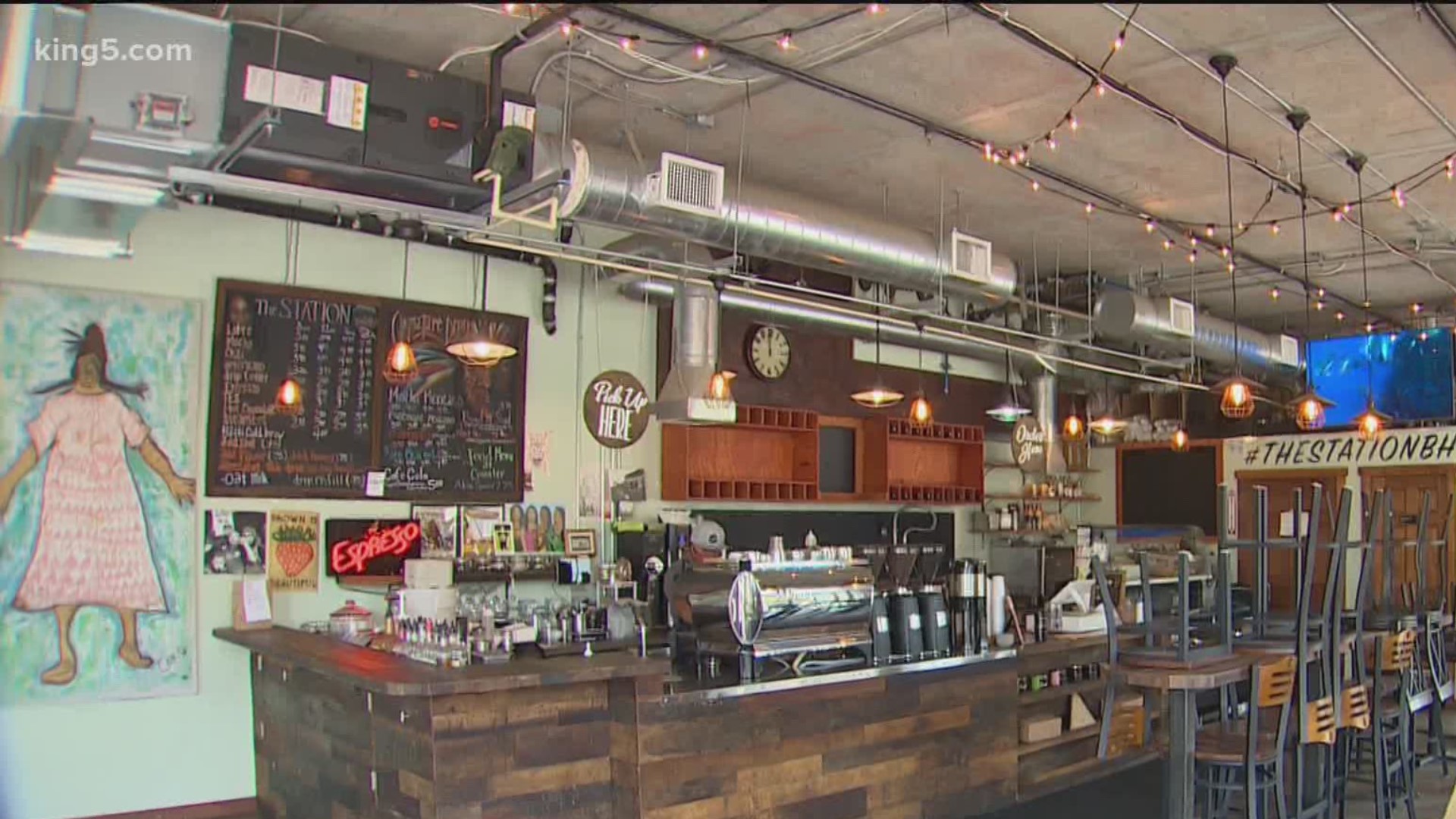 "I really want to give credit to the businesses in the West Seattle Junction who contacted me," said Councilmember Lisa Herbold.

Rodriguez joined with Grubhub in mid-March, and did nearly 300 orders with the third-party delivery service. However, he claimed it added up to more than $3,600 in sales, but he said he had only been paid $157.40.

RELATED: Struggling Seattle restaurants still giving back to the community

To clear up the commission cap confusion, KING 5 contacted Grubhub. A company spokesperson issued this statement:

"We know these are tough times for independent restaurants, and we deeply value the feedback we hear from owners. The Station signed up to join our platform on March 17, 2020 and were paid on a monthly basis via check until May 2, when they switched to direct deposit. To date, the restaurant has received three payments for the timeframe between March 17 - May 4."

"The $157.40 the owner shared reflects a direct deposit payment made on May 8 for orders the restaurant received from May 1 - May 4."

When reached late Monday afternoon with the new information, Rodriguez said that did clear up some confusion. He said someone from his team had deposited a check in March for $721.38, but Rodriguez said the check did not have Grubhub's name on it. In April, a check for $1,247.87 was sent to The Station, but it was never cashed. Grubhub voided it, and resent the payment Monday afternoon, according to Rodriguez.

Rodriguez is one of many business owners learning about new platforms and news rules during this pandemic that is having an extreme financial impact.

"We have lost about 60% of our sales," said Rodriguez.

"Commissions are not “fees”, they are the main source of revenue for our company and they are how we pay for the services that we provide to businesses and our customers. Arbitrarily setting on-demand delivery prices has real consequences that undermine our ability to operate, fund relief efforts and benefit programs for merchants, couriers and customers, and kills our ability to provide the services restaurants need to stay open during this national emergency.”

The emergency order about commissions, issued by the mayor, does have enforcement provisions attached. If the order is violated, Councilmember Herbold said a company could face a fine of up to $500 per violation.

Grubhub did report 12% revenue growth in the first quarter. The results reflect the financial performance of Grubhub for the three months ended March 31, 2020.