Liz Mar was the glue that kept loyal patrons coming back to the popular Kona Kitchen in Seattle. She and her husband have both died from the coronavirus. 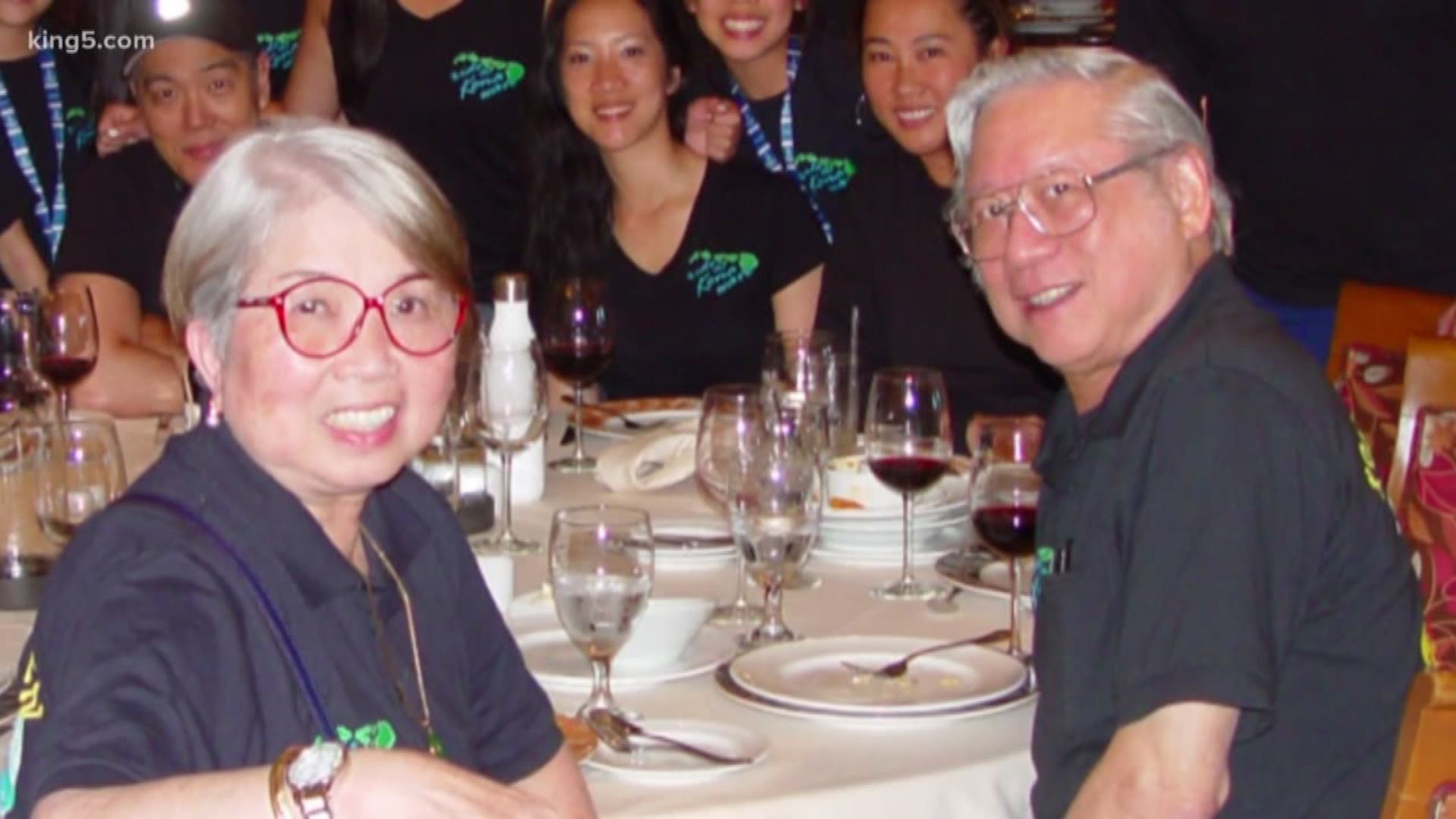 SEATTLE — A community is in mourning after a restaurant icon in Seattle, and her husband, both died from the novel coronavirus (COVID-19) just days apart.

Liz Mar, 72, was co-owner of the popular Hawaiian restaurant, Kona Kitchen. Mar started the Seattle restaurant 18 years ago alongside her daughter Angie and son-in-law Yuji Okumoto.

Mar was “very healthy” and working full time at their two restaurants until showing signs of the virus on March 8. She was hospitalized at UW Medical Center's NW Campus (formerly Northwest Hospital) two days later and died on Wednesday, March 25.

“It’s a nightmare I can’t seem to wake up from,” Angie Okumoto said. “I’m just stunned. When she went into the hospital I thought 'I’m sure she’ll make it.' It’s all the more stunning and heartbreaking."

The couple died at the same hospital two days apart, at the exact same time of day: 1:35 a.m. They would have celebrated their 50th wedding anniversary this August. Liz and Robert have three children and seven grandchildren.

“I just want to encourage people to embrace each moment with any loved one, anyone close to you," said Okumoto. "Someone starts to get sick with this virus I think it’s important to you know embrace those moments and say what you want to say to each other and have that closure.”

Kona Kitchen, a popular Hawaiian restaurant has a loyal following with many referring to Mar as Auntie Liz or Grandma Liz.

“It was so much fun to walk into the kitchen when she was there. It was a joy. This is just shocking,” said longtime family friend and restaurant patron Charlene Lee. “It’s a very family-oriented restaurant. Liz fit in perfectly because she was so welcoming. She pitched in everywhere she was needed and never complained.”

Since the family announced the passing of their matriarch on Thursday via Facebook, customers and friends took to social media to show their support and love. The story has generated nearly hundreds of comments and shares.

Kona Kitchen
It is with deep sadness and a profound sense of loss that we announc... e the passing of our beloved Elizabeth Mar. After battling the virus for nearly two weeks, Liz succumbed to the serious illness in the early morning hours of March 25, 2020.

“This is heartbreaking. Liz was a special part of the Kona Kitchen family. Angie and Yuji, we are so sorry for your loss. Our sincere condolences go out to you and your family,” wrote Mariko Kakiuchi on Facebook.

“I’m so sad to hear this. I have been going to Kona Kitchen for probably over 12 years now. She was everyone’s grandma. She was truly part of the spirit that made the restaurant feel like a family dinner,” wrote patron Charles Justin Basco in response to the family’s Facebook post.

Angie Okumoto, their daughter, said the disease quickly put her parent’s lives in peril. She said the progression was “bizarre.” In the first week, there were minor symptoms like a little cough, but by week two their health plummeted.

“The way the diseases progressed (for my parents) – you think that they are on the mend, and they’re getting healthy and before you know it they get very sick, very quickly, and you have no time. You feel robbed – robbed of the time with them," she said.

RELATED: What are coronavirus symptoms?