A new community in Seattle's Central District will be finished in weeks, instead of months, during the COVID-19 outbreak. 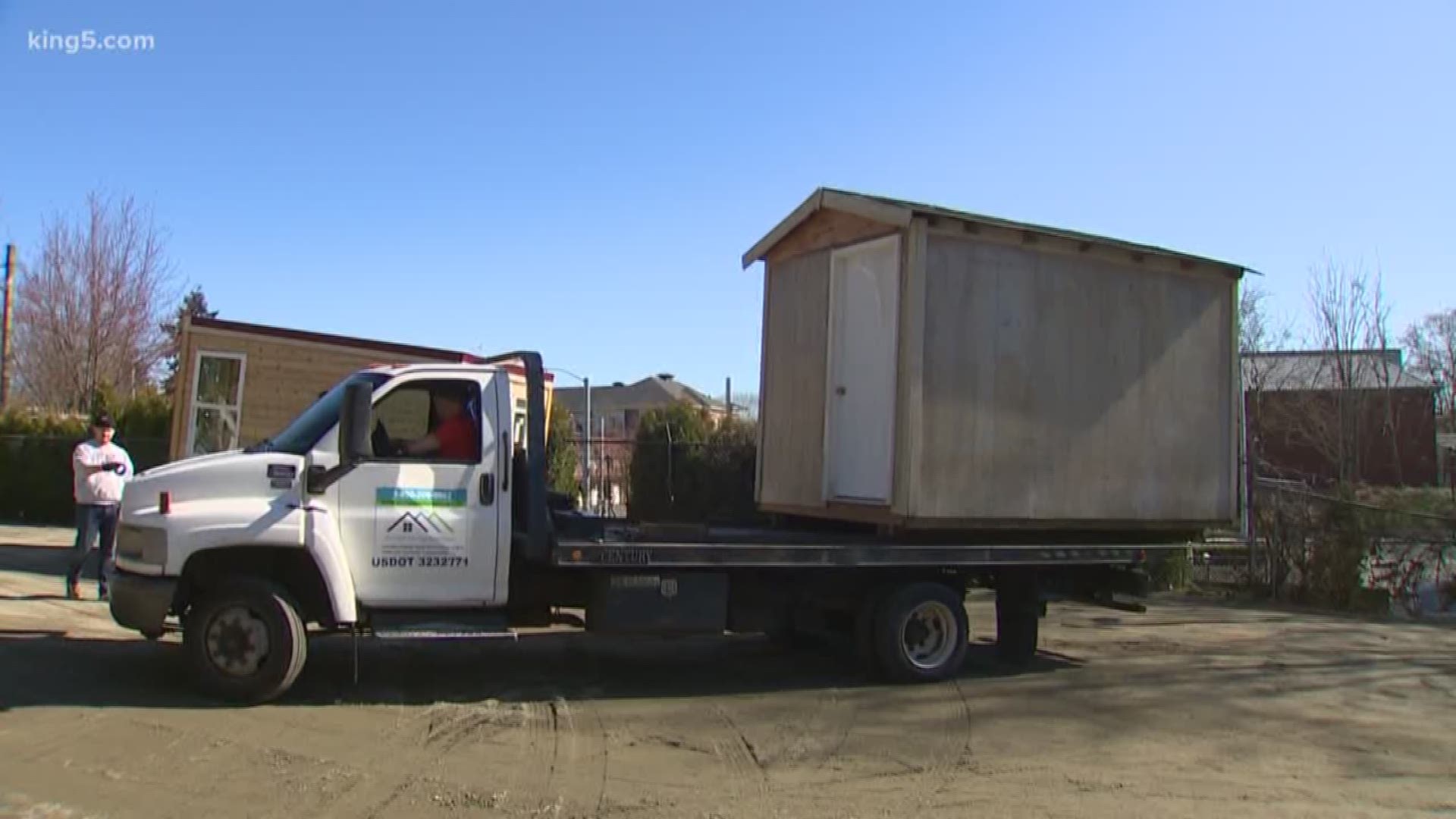 The City of Seattle has fast-tracked the installation of a new tiny house village for the homeless, as part of the response to the COVID-19 outbreak.

The first of more than two dozen tiny homes started arriving at a vacant lot at 22nd and Cherry streets in Seattle’s Central District neighborhood on Monday.

“The city has asked us to stand up this village in record time, like two to three weeks,” said Sharon Lee, who runs the Low Income Housing Institute (LiHi) with nine tiny house villages already placed in Seattle. “Normally it would take us three to four months,” she said.

LiHi and donors pay for the materials for the homes, and volunteers – like students from local high schools and Tulalip Tribes – build them.

The small homes will help protect residents from exposure to the coronavirus, something that could be a serious problem inside traditional homeless shelters where residents live in dorm-style rooms.

“What’s very important is when you live in a tiny house you are more than six feet away from other people. This is very different than if you were in a shelter,” said Lee.

Less than two weeks ago, Seattle Mayor Jenny Durkan approved the streamlining of placement and expansions of tiny homes in response to the COVID-19 outbreak.

“Our neighbors experiencing homelessness are at greater risk of exposure to COVID-19, and as a city, region, and country, we must act with urgency to address the ongoing impacts of the public health crisis,” Durkan said in a statement.

The vacant property is owned by Christ Spirit Church, which moved to another location on Beacon Hill.

“Part of the mandate of Scripture is that we are our brother’s keeper and the Scripture has always appealed to the Church to reach out to those who are less fortunate,” said Pastor Willie C. Seals, Jr.

The village has permission to use the lot for at least one year.

LiHi hopes to have the first residents move in by the end of March.