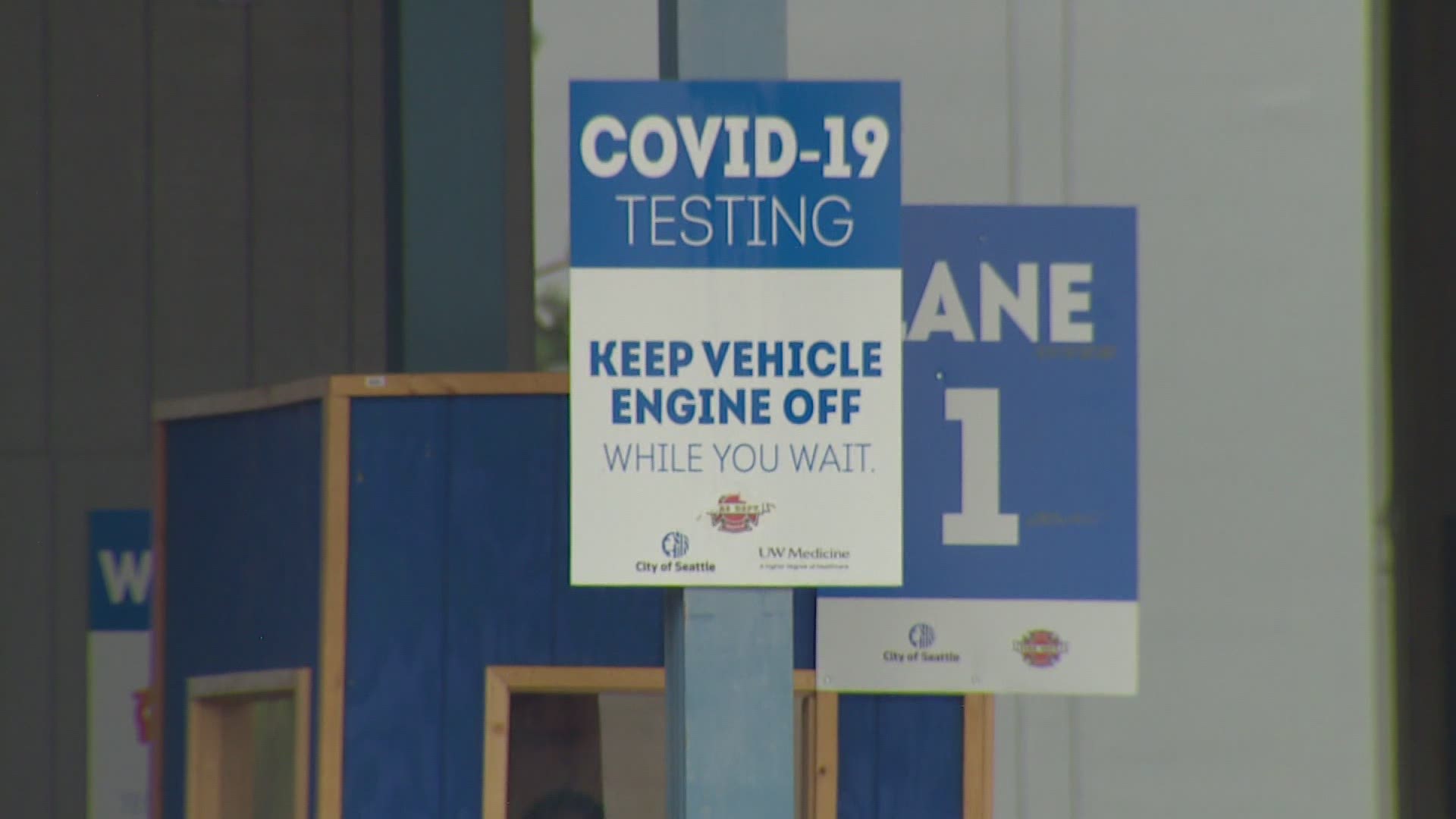 SEATTLE — Seattle Mayor Jenny Durkan announced Wednesday that the city's COVID-19 testing efforts at its two hubs are being transferred from the fire department to UW Medicine beginning July 31.

These include the city's current operations at the SODO Testing and Vaccination Hub and its Aurora Testing Center.

The Seattle Fire Department will continue vaccination efforts through its mobile team and at the SODO hub through July 31. After that, vaccinations will be available at pharmacies, community health centers and health care providers.

This, according to Durkan, is part of the city's transition away from testing and vaccination efforts and turning them over to its partners so that it can focus more on reopening and supporting businesses.

Durkan was joined by local officials as well as the Public Health—Seattle & King County Interim Director Dennis Worsham, who also took the opportunity to emphasize the need to continue testing and vaccination efforts.

“If you are not vaccinated, the virus will find you," Durkan said, also urging anyone going into the city's indoor public spaces to wear a mask regardless of vaccination status.

Since June 2020, the Seattle Fire Department (SFD) has administered nearly 800,000 COVID-19 tests, with 25% of Seattle's residents using the free service.

In January 2021, SFD was the first emergency response agency in the entire state to begin administering COVID-19 vaccines, with its mobile teams alone reaching nearly 35,000 people.

To date, Seattle has spent roughly $20 million on COVID-19 testing and vaccination efforts, according to officials. The majority of the cost is expected to be reimbursed through FEMA.

"We’re reopening, we’re welcoming people back, but we’re not out of the woods," Durkan said.

The press conference took place shortly after Gov. Jay Inslee delivered an update on the state’s response to the COVID-19 pandemic, announcing that the state is now recommending universal masking in indoor public spaces in counties where transmission levels are "high" or "substantial" per the CDC guidance.

“We know the dominant variant today is the delta variant, it is twice as infectious, it is more likely to cause serious illness and it is easily the most dangerous mutation to date of this virus. And we know it is trending upward," Inslee said Wednesday.

King County is among this group, as well as more than half of the counties in Washington state.

King County Health Officer Dr. Jeff Duchin updated his masking recommendation on Friday, saying, “I know this is frustrating and disappointing to many. It certainly is to me. I didn’t want to be in this position.”

Then, on June 30, Washington state fully reopened its economy, scrapping virtually all of the restrictions put in place during the pandemic.

Now, almost exactly one month later, King County and Seattle are bracing for a possible reversal in masking mandates and a potential revamping of vaccination and testing efforts as the delta variant surges across the state.

Correction: A previous version of this story said UW Medicine was taking over COVID-19 vaccinations at city hubs.