King Way Hair Salon in south Seattle is one of many Seattle businesses that have been defaced while sitting vacant during Governor Inslee’s stay-at-home order. 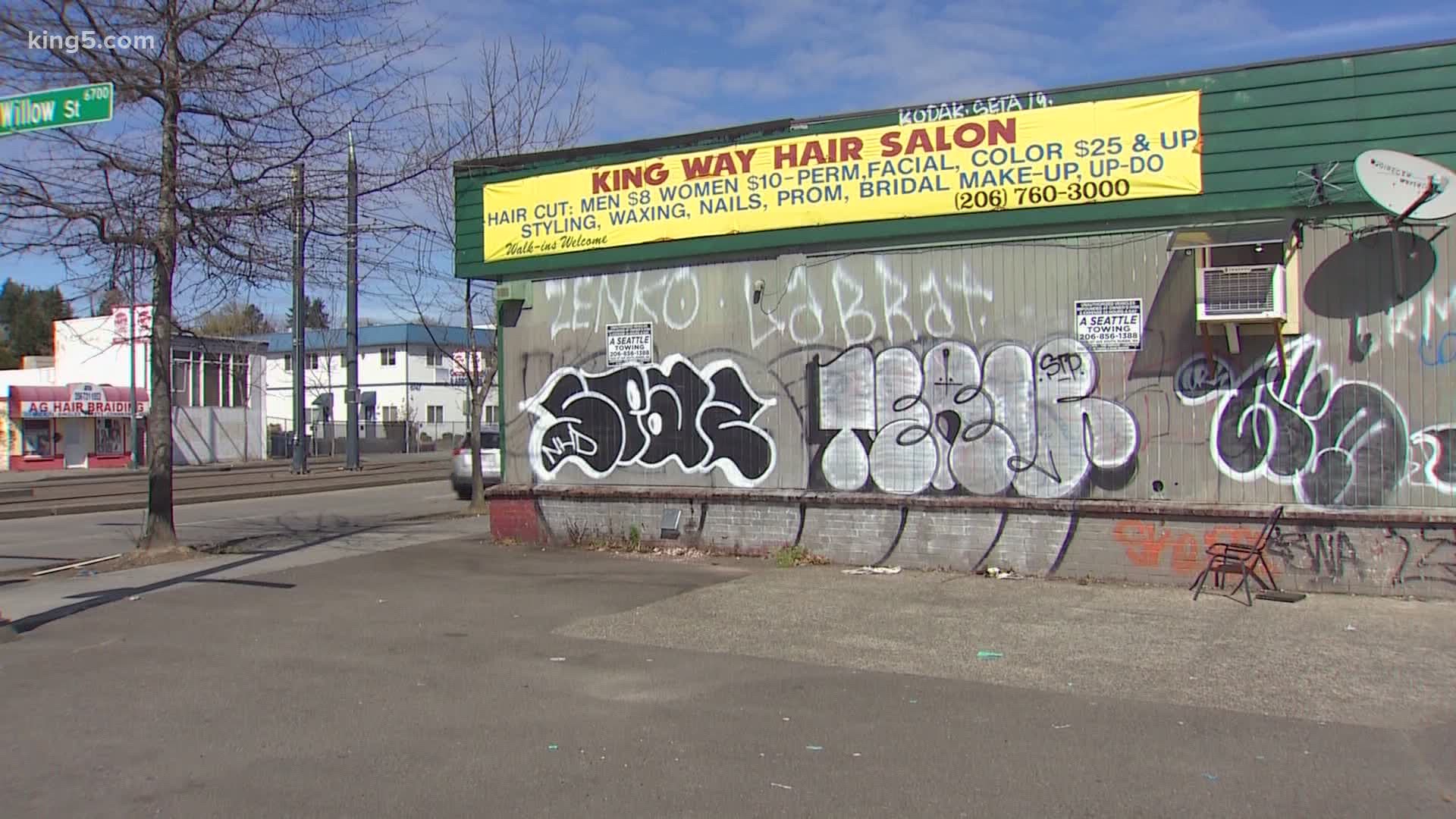 SEATTLE — Many Seattle businesses forced to close amid the coronavirus pandemic, are boarded up, and vandals have taken notice.

A south Seattle hair salon was vandalized, but the owner is turning it into a moment of empowerment for her community.

King Way Hair Salon temporarily closed their doors three weeks ago. “Because we closed the salon, we haven’t been there, it’s been vacant,” said Jenny Lam.

Lam and her mother, who’s owned the salon for over 20 years, went over there Friday to pick up mail and check on the shop.

“Literally every inch of the property is graffiti-ed,” Lam explained

The salon is one of many south Seattle businesses defaced while sitting vacant during Governor Inslee’s stay-at-home order.

“When we drove up, she was shocked. She was like ‘oh my god’ I’ve been gone for just three weeks and so much has happened,” she said.

Lam turned to Facebook. “I just wanted to use Facebook as a way to reach out to the community and let people have more respect for business owners and just their community and just to stay home and respect other people’s property,” Lam said.

The response was overwhelming, and it sparked an idea for Lam.

Lam is talking with local artists about turning her mother’s salon into a piece of art and a way to honor the community that’s done so much for her.

“People kind of looking down on south Seattle as not like the safest place and it’s not like the prettiest place in people’s eyes. I really wanted to turn that stigma around and use that mural as a way to show the beautifulness and that diversity of our community,” Lam said. “The Asian community and people of color in Seattle. There’s a lot of first-generation business owners down in our area so I really wanted to do something that really pulls us together.”