Seattle brewery Optimism adapting to latest round of COVID-19 restrictions

While some Seattle restaurants and bars were forced to close during the pandemic, others are adapting to the ever-changing conditions and restrictions. 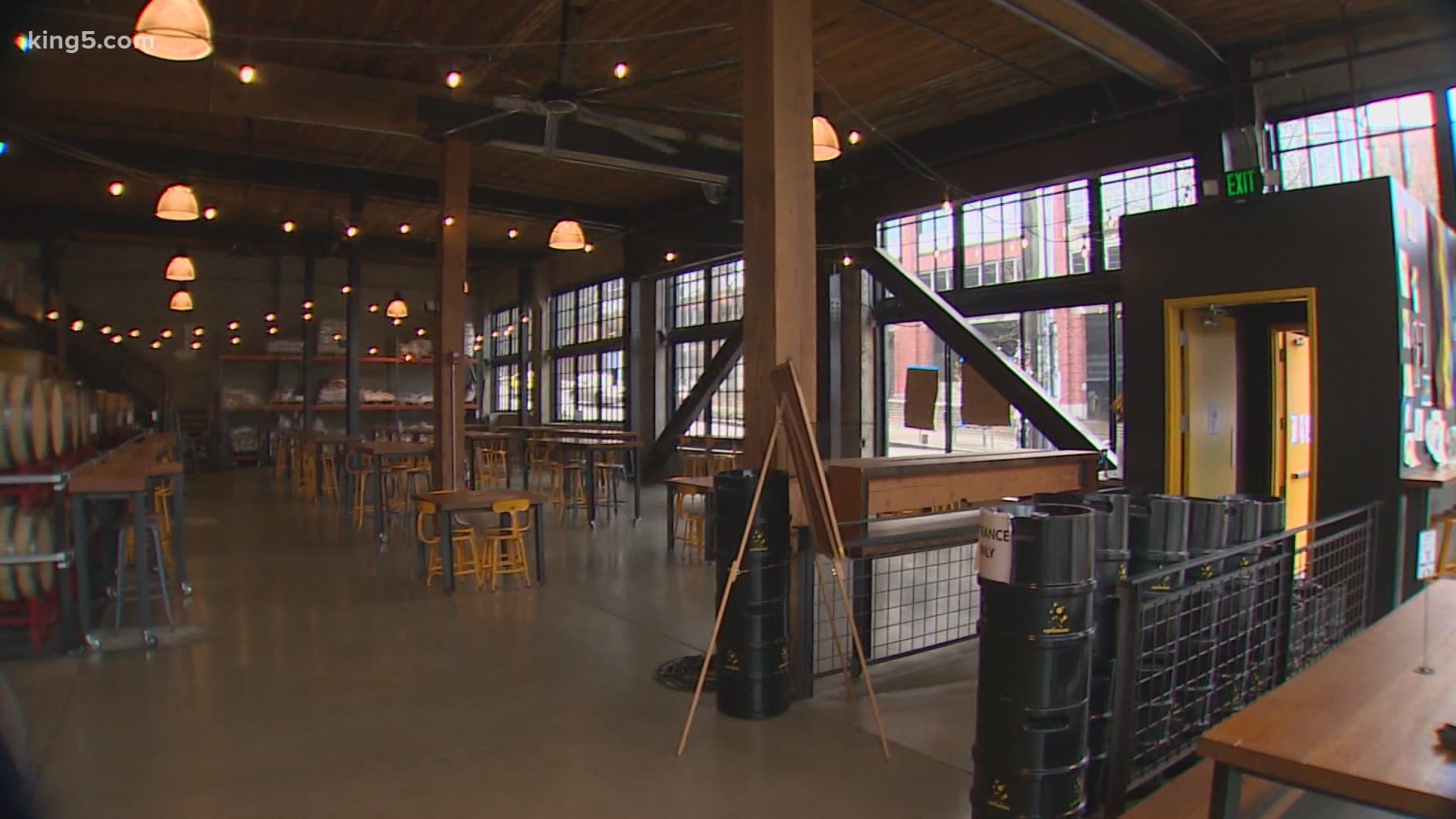 New restrictions on Washington bars and restaurants go into effect at midnight, and again will force businesses to get creative at a time when so many are already suffering.

"We're always looking for different little things we can do to survive," said Gay Gilmore, co-owner of Seattle's Optimism Brewing on Capitol Hill. "When you don't have anything, you try to leverage the things you do have."

She sat in their outdoor space on Tuesday, reflecting on all the changes that have been made to their brew hall. Optimism was the first in the city to get a street permit to expand seating outdoors, and started renting space as a part of a co-working program that involved reserving space for claustrophobic tech workers -- and included a beer.

Optimism also stepped up beer delivery and take-out. That was how the company, known for its progressive values, was able to keep paying employee health care at a time when so many like businesses were shuttering their doors.

Gilmore said the news that she has to stop serving indoors, in their 14,000 square foot location was understandable, but still tough.

Seattle Mayor Jenny Durkan said she hopes the $50 million dollar state fund can be used to offset some of the losses incurred by the city's restaurant and bar community, although there is no guarantee.  Those details are expected later in the week.

But new data suggests there is increasing concern the latest changes could cripple the industry. The Downtown Seattle Association says 140 street side businesses have closed since March, and a recent poll of registered voters suggested jobs and closures are more of a concern than public safety or encampment removal.

Gilmore's lead was followed by the likes of the neighboring Chophouse Row, and she still plans to use the road closure permit when weather allows, perhaps with standup tables so people can "shimmy in place." Yet, she's already had to tell employees that hours will be reduced, and that she will continue to be creative.

"We've been paying everyone's health insurance the whole time and will continue to, but it's not a good feeling. And I think there is this huge disconnect between the people who are able to work from home during this and the people who are not, and the businesses that are not, that have to welcome the public in to survive," she said. Gilmore added one more plea: "Buy Local."