Seattle's new law for gig workers is believed to be the first of its kind in the country. 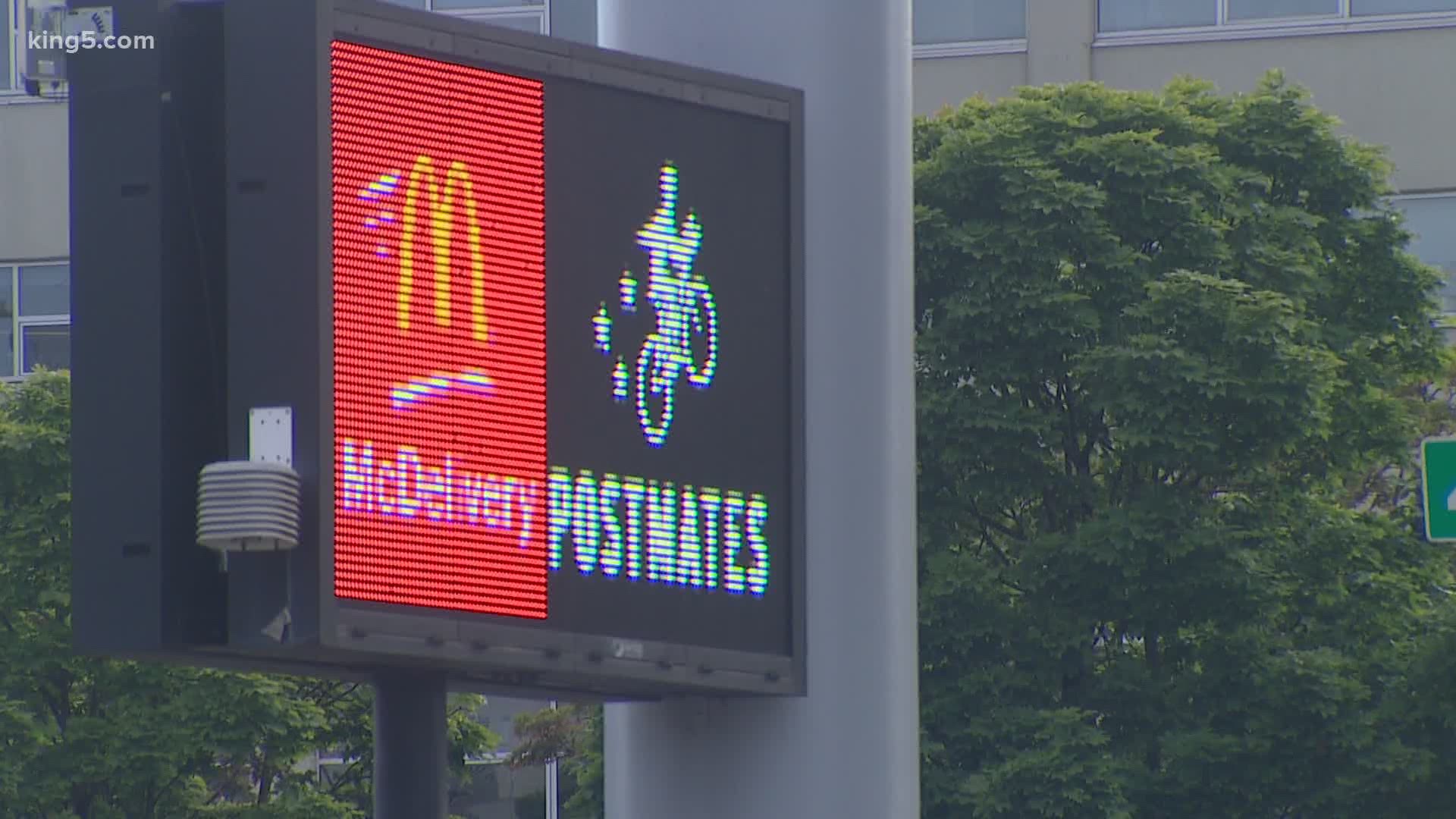 SEATTLE — Effective immediately, drivers for outfits like Grubhub and Postmates will get more money for each delivery.

The move was approved unanimously by the Seattle City Council on Monday. Seattle is believed to be the first city in the nation to pass such a law. It is seen as an effort to make conditions safer and a bit more fair for workers bringing people food as the coronavirus pandemic continues with no end in sight.

Vita Haygood and her husband Glenn have been working in the gig economy for two years, but as coronavirus locked down the country, the risks started outweighing the rewards.

"There's been no gloves, no masks, no hand sanitizer," says Glenn. "If we need to go to the bathroom, we have to go home."

"There was no support from Postmates saying we understand you're working hard for us and we're gonna protect you," adds Vita.

With hand sanitizer and face masks in short supply, many drivers ended up spending money out of their own pockets to protect themselves, cutting into their own slim profit margins.

To offer some measure of assistance, the Seattle City Council has now passed a law requiring third party food delivery companies to pay their employees a $2.50 premium per delivery. It also prohibits companies from passing that cost on to customers.

"These workers are doing so at great personal risk of infection and often with very little compensation from the multinational corporations that hire them," says Seattle City Councilor Kshama Sawant. "They have have been extremely stingy in giving them very basic protective equipment."

Sawant voted for the legislation even though the premium was cut in half from $5 per delivery and does not include Lyft or Uber drivers.

Glenn and Vita say the premium won't amount to much, especially as more people are returning to work, but it's a small victory.

"It's a step in the right direction," says Glenn. "At this point, we'll take anything."

The premium is not permanent. It will only be paid until the end of the city's ongoing coronavirus emergency,