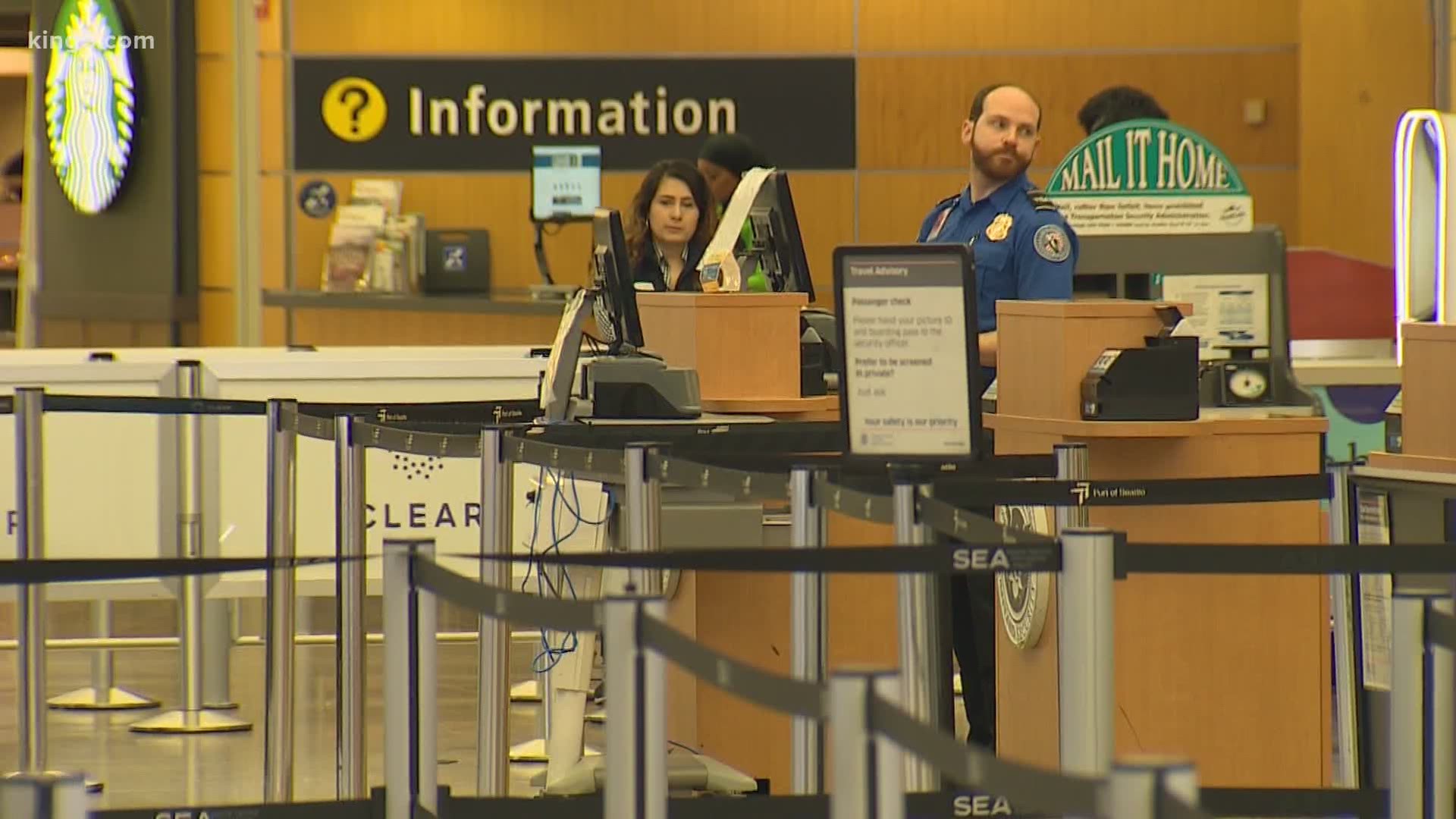 The Port of Seattle can’t yet say how many jobs have been lost so far at Sea-Tac International Airport as flying has collapsed due to coronavirus, but they are adding those numbers up.

Before the coronavirus pandemic, about 2,100 people worked in the airports dining and restaurants, said Lance Lyttle, managing director at Sea-Tac Airport. About 1,600 of them have faced layoffs or furloughs, he said. The airport is tallying the job losses for other vendors, he said.

The airport normally employs 20,000 to 23,000 workers at any given time depending on the season.

Today the airport talked about its official passenger traffic numbers for March as the crisis intensified, down 56%.

But the unofficial numbers for April so far show a dramatic drop, with business off 95%.

One key metric is the number of people counted as they clear security check points on their way to flights. Normally this time of year, that's about 50,000 people each day. Lately, it’s been closer to 2,500.

Another measurement is the cancellation of what had been continually expanding international traffic. Already 684 international flights are cancelled for April, leaving only one, two or three a day flying.

So, with fewer passengers, restaurants and retail shops among the first hit. Then there are airline employees, the folks who handle rental cars, contractors and construction workers, not to mention those employed directly by the airport itself from police officers to maintenance techs.

The numbers are in dramatic contrast to the go, go years that have described Sea-Tac for much of this past decade, zooming to become the eight busiest airport in the country. For several years it was the fastest growing in the nation.

It's not all terrible news. Air cargo was slightly up in March by 0.9% over the previous year and air freight is up 2.4%.

The stress of course is hardest on those being laid off. The Port is allowing businesses in the airport such as restaurants to defer up to four months of rent, and is encouraging those businesses to continue to maintain the health care coverage of their employees.

Port of Seattle has set up resources for laid off and furloughed workers at Sea-Tac Airport, including finding other work at the airport.