Sean Feucht is a worship leader and political activist. He held a concert for hundreds at Cal Anderson Park in defiance of state mandates. 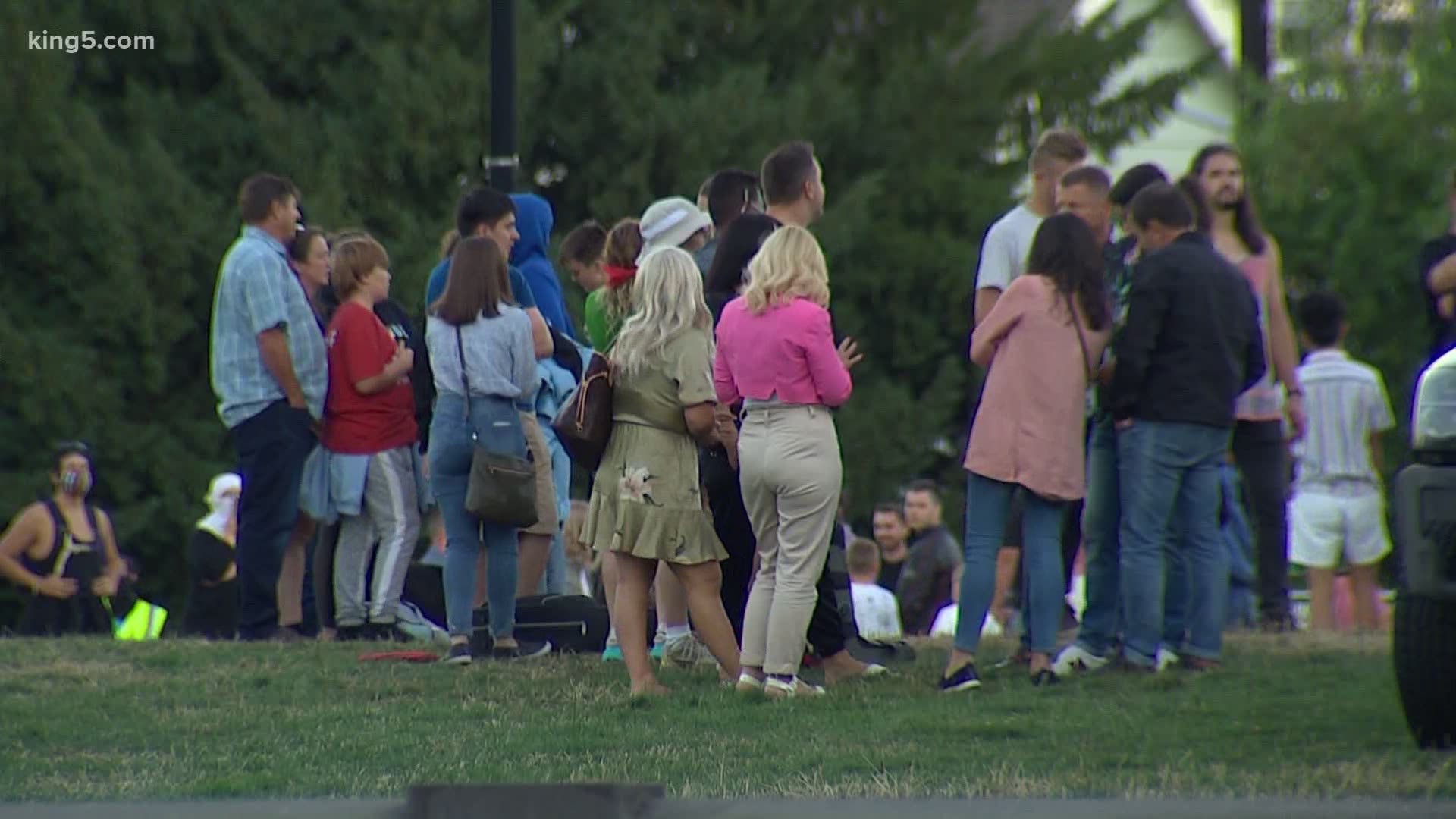 SEATTLE — Sean Feucht is described as a worship leader and a political activist.
On Sunday at Seattle's Cal Anderson Park, Feucht and his band played in front of hundreds, despite Washington state's COVID-19 restrictions on large gatherings.

It's a part of his "Riots to Revival" movement. Most of the people in attendance were not wearing masks or social distancing.

Feucht's team said "Riots to Revival" hopes to flip the script in cities with protests and riots by bringing in prayer, music, and acts of kindness.

Religious events larger than 50 people are prohibited right now due to Governor Jay Inslee's phased approach to reopening the state.

RELATED: Projected coronavirus deaths in US could surpass those of World War II

One family that talked with KING 5 did have masks but weren't wearing them at the event. They said they attended the event to pray and worship in hopes that change is coming in regard to the unrest in society.

“From riots to revival. So, from something that is evil to something that is good. We are not afraid of this virus and we care for people, but we came to just pray,” said Agnes Zablocka, who attended the event with her husband and two daughters.

Feucht held a "Riots to Revival" gathering in Portland on Saturday and previously held large events in defiance of coronavirus mandates in California. 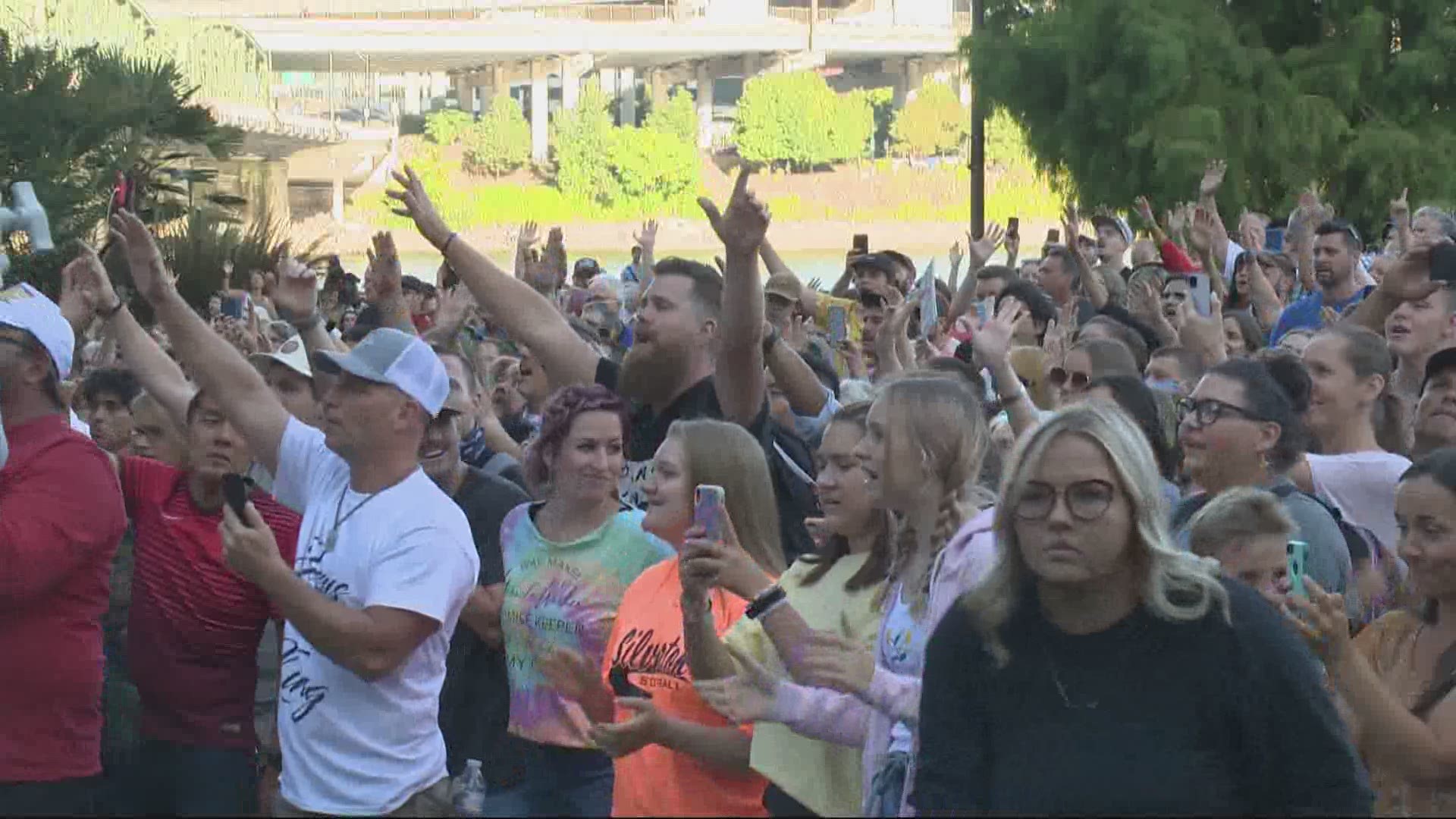