The 2nd District Democrat is calling for additional stimulus checks and another round of paycheck protection loans. 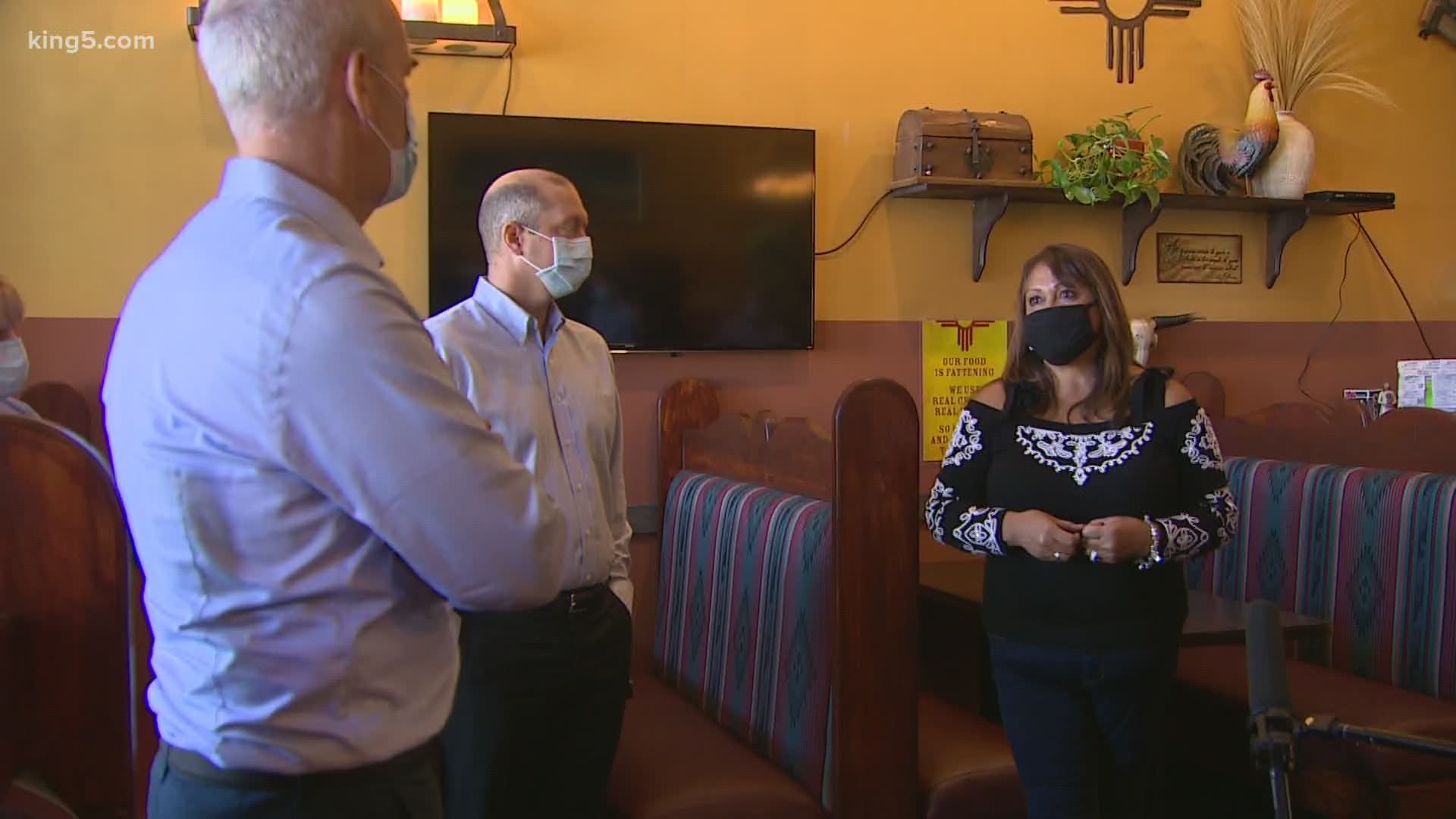 Larsen represents all of Island and San Juan counties and neighboring areas on the mainland, from Bellingham in the north to Lynnwood in the south

He met with the owner of The New Mexicans restaurant in Everett. The family business has lost two-thirds of its income during the pandemic and is still alive because of a Paycheck Protection Program loan.

De Simone knows of at least three of her neighbors along Hewitt Avenue who have closed their businesses either temporarily or permanently.

She also knows of two people living in their cars right now.

Her own daughter-in-law now has to move in with her parents in Yakima, taking De Simone's three grandsons with her.

All this as Congress remains unable to decide on how to support the American people during a national health emergency.

Larsen said he was "confident" Congress would pass a relief package, "hopefully as soon as the end of this month."

When asked what he says to his constituents who are struggling while Washington, D.C. sits in gridlock, Larsen responded: "The negotiations continue. I'm on a 24-hour leash to fly back to put my vote in on whatever package gets negotiated. I'm also passing on what I hear from constituents to house leadership so they do understand the continued impact the pandemic is having on people."

Congressman Larsen said the executive orders signed by President Trump over the weekend will likely never be implemented for legal and other reasons.

Larsen supports another round of Paycheck Protection Program loans, as well as additional stimulus checks.

Larsen also said any deal should include aid to states and tribes and who are struggling with huge revenue shortfalls right now.

House Democrats have pitched a $3 trillion stimulus package while Senate Republicans want it closer to $1 trillion.

The two sides still seem far apart from a compromise.

"We're not going to negotiate with the health and safety of the American people, and that's what they want us to do," said Larsen.