Heavy traffic in western Washington was nearly eliminated when the state went into quarantine. As restrictions have eased this summer, the gridlock is largely back. 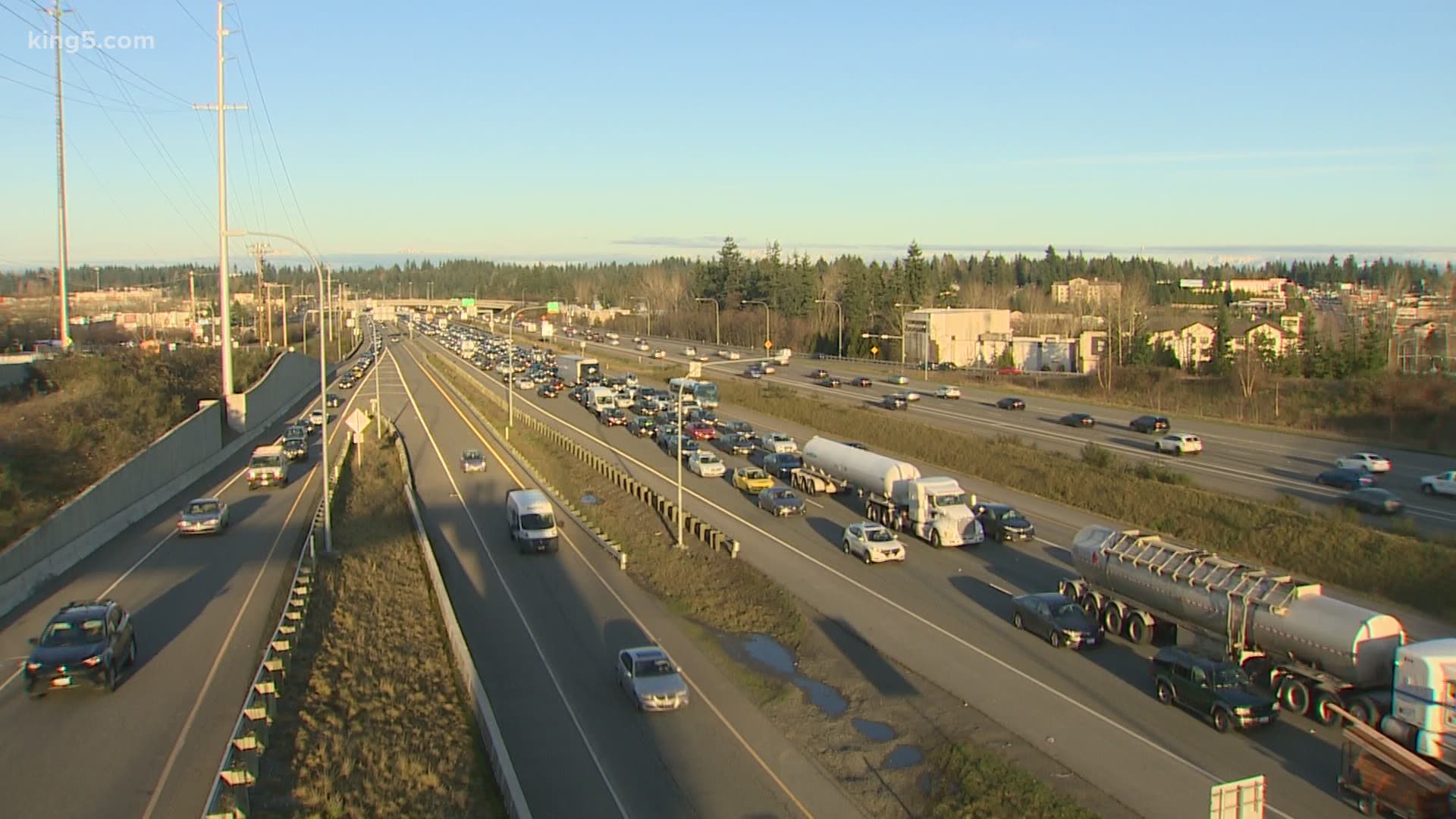 Traffic across western Washington is returning to normal levels, even while coronavirus continues to spread.

You could consider it a silver lining to the COVID-19 pandemic in Washington state: the region's heavy traffic was nearly eliminated when the state issued stay-at-home orders.

In March and April, vehicle counts on Interstate 5 and other major freeways dropped by half, and up to 70% in places, as residents stayed home from work and school school.

But as the economy has slowly reopened, traffic has steadily crept back up to near pre-coronavirus levels.

As part of its response to COVID-19, the Washington State Department of Transportation (WSDOT) created an interactive dashboard to track everything from traffic counts, to ferries and trains. The WSDOT dashboard tracks the number of vehicles that cross the counters in any given 24-hour period.

WSDOT spokesperson Bart Treece said while traffic jams and metered ramps have returned, there is less predictability in what to expect, including when and where traffic will jam up.

Cars that were once committed to commuting between bedroom suburbs and employment centers like downtown Seattle, Bellevue and Redmond, are now free to roam those suburban streets and highways for other reasons and at different times of the day.

Kirkland-based INRIX, which tracks and analyzes traffic data around the world, showed us graphics from around Puget Sound freeways that show while there are jam ups with the blue line, speeds are less slow and getting through a jam is proving faster.