Before the pandemic, the Tukwila Pantry Food Bank served on average 200 families a week. Now, they serve around 1,500 a week. 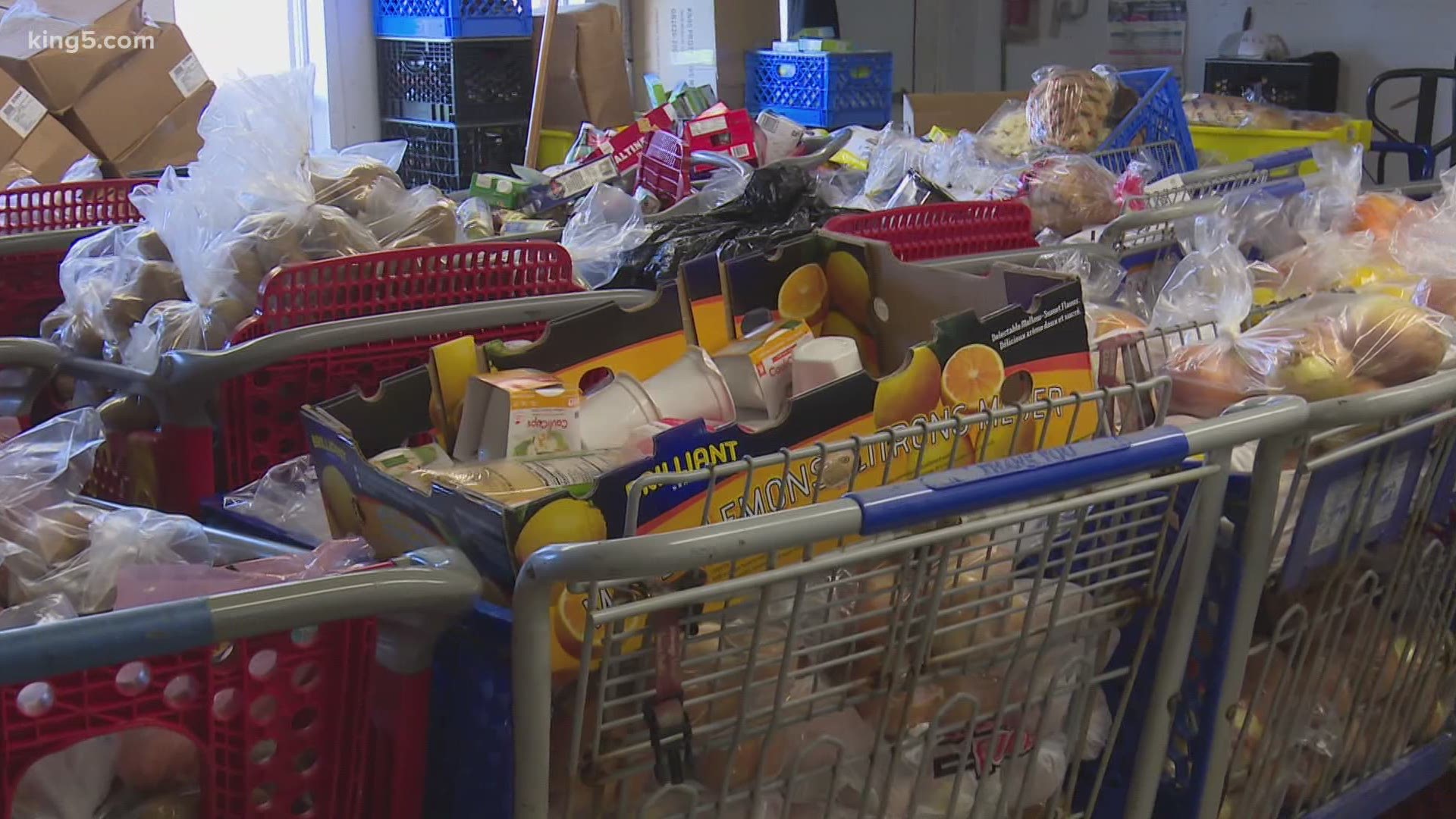 That has not been the case in the past year.

Those families are coming from all over, not just Tukwila and SeaTac, but from Bellevue, Redmond, and Tacoma, Bolerjack said.

“People are going far and wide to get the food that they need," Bolerjack said.

The start of the pandemic had those rates at their peak. In April 2020, the unemployment rate hit 16.3%.

But if more people are getting jobs, why are food banks still so busy?

Bolerjack said the level of need is not necessarily reflected by the unemployment checks.

“The need hasn’t changed for us. In fact, it continues to go up. Many of the people that we serve here aren’t eligible for unemployment, they weren’t working in a steady employable place prior to the pandemic, they were day laborers or already just piecemealing three of four jobs,” Bolerjack said.

It’s people like Allen Rettzer. He’s out of a job and uses the food bank to get by.

“I’m down to like two or three dollars in my pocket and that’s it,” Rettzer said.

He says the $600 stimulus check is a big help, but that doesn’t end the struggle for him and many others in his same position.

Bolerjack said the need will continue for some time.

“I don’t think there’s going to be hope until we get some people back to work, until the economy can really open again, which means after we’re vaccinated and we’re safe again,” Bolerjack said.