Small groups of protesters work out at Puyallup’s Northwest Fitness Company as a form of protest against Washington's Stay Home order. 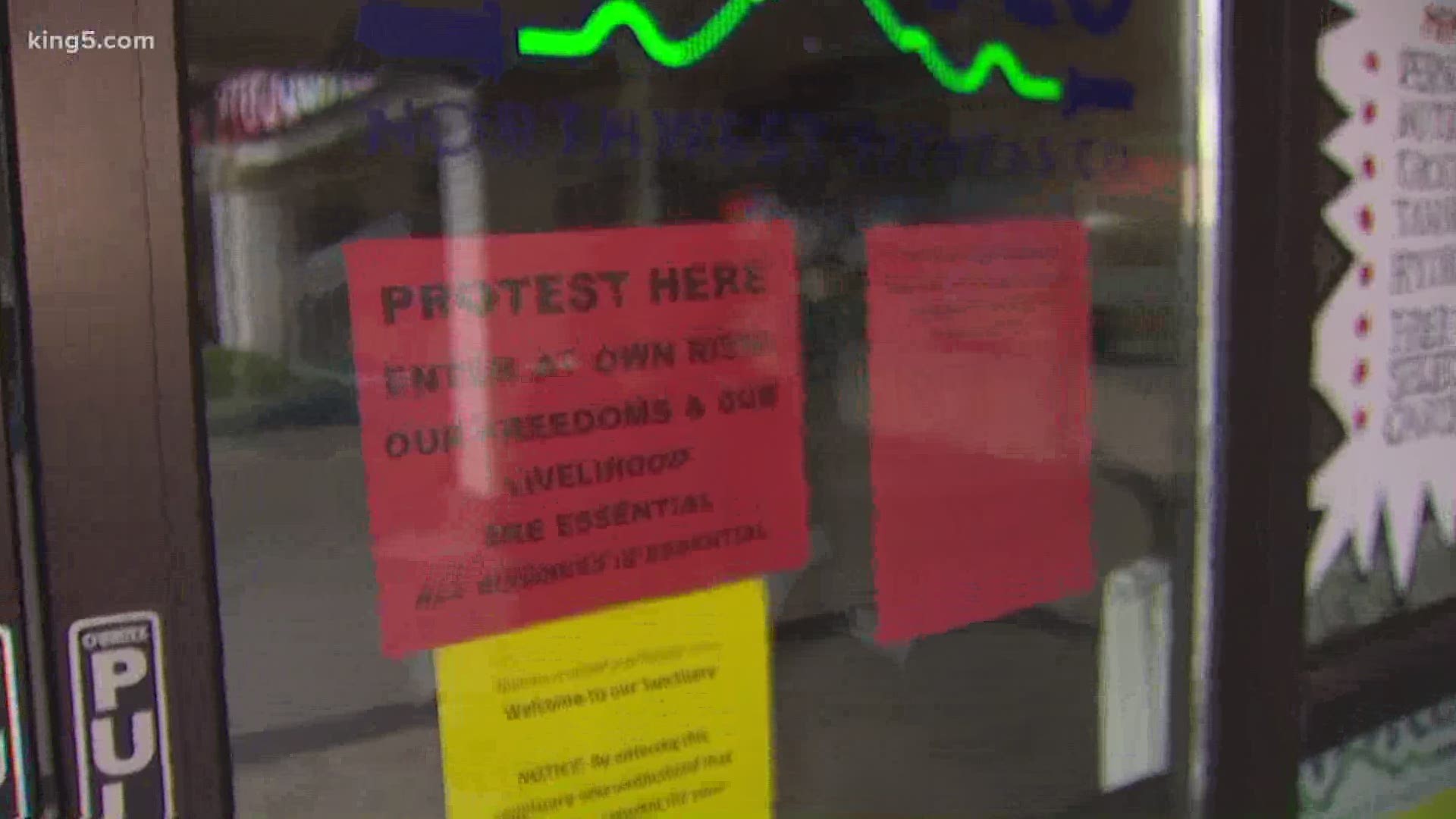 PUYALLUP, Wash. — As protests go, this one was relatively quiet. Inside Northwest Fitness Company in Puyallup, a small number of gym-goers could be seen running on treadmills and lifting weights, despite Governor Jay Inslee’s stay at home order, which designates gyms as non-essential.

On the front door of the gym, a sign read: “Protest Here. Enter at Own Risk. Our freedoms and our livelihood are essential.”

A liability waiver was also posted to the front door, along with a sign accepting “tithes and offerings” for the gym.

“I think it’s awesome,” said gym member Lana Knapp. “Lots of gyms and other small businesses like this are taking a hard hit like this so I definitely support it for sure.”

Knapp said inside the gym people were practicing social distancing.

“Everyone’s being super thorough about wiping down everything,” she said.

Another member, Cody Roberts, said he came to the protest because he was “pretty sick of just staying home.” He said he would continue to visit the gym as long as the protest continued and the number of people inside the gym remained low.

But Jeff Roberts, who was wearing a face mask and picking up a to-go meal next door to the gym said he believes the gym should remain closed.

“I don’t agree with it. It’s not really an essential thing,” he said. “I think I just want to be safe and do what the governor says instead of taking the risk and making things worse.”

Shopper Jessie Weaver called the decision to allow members to work out “for sure kind of risky.”

But in an interview the day before the protest, Shane Cowhig, co-owner of Northwest Fitness Company defended the protest.

“Anybody that’s fearful of coming down shouldn’t come,” he said. “That’s 100% their right. But it’s also our right to protest.”

Cowhig declined an interview on the day of the protest. He did not give a timeline for how long the protest would last or whether the gym planned to open indefinitely.