The exclave continues to suffer as the U.S. is unlikely to allow Canadians to cross the border for nonessential travel until at least late October. 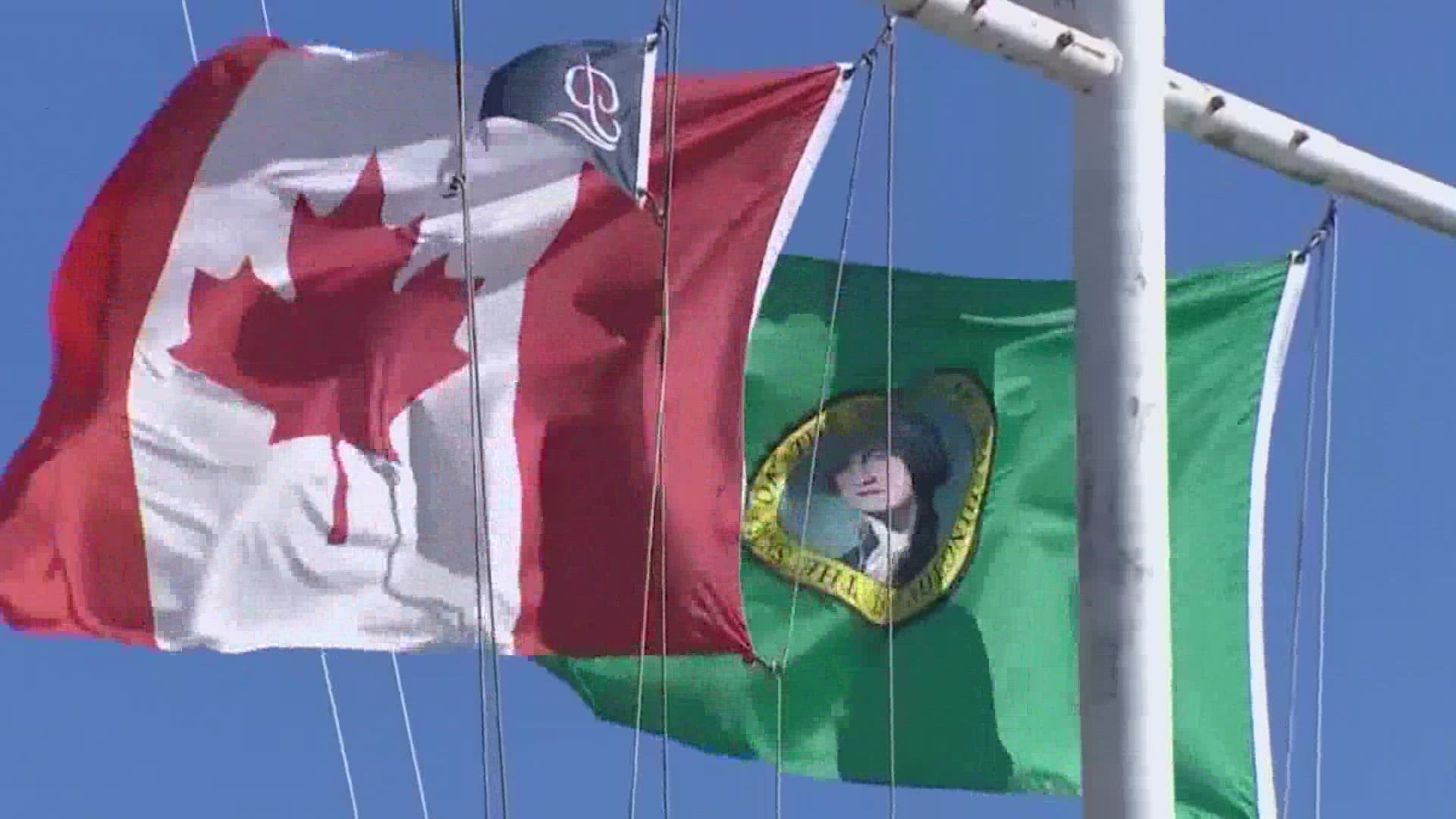 POINT ROBERTS, Wash. — The Biden Administration announced Monday it would be allowing foreign travelers fully vaccinated against COVID-19 to once again fly into the U.S. for nonessential purposes, but the rule won’t take effect until at least “early November.”

For those traveling by car over the northern and southern borders, the closure was extended from Sept. 21 to Oct. 21.

In response to the news, the Point Roberts Chamber of Commerce wrote a dire letter, saying the continued restrictions for even another month dealt “a crushing blow to residents and businesses in Point Roberts.”

The small American exclave is surrounded by water on three sides and is 50 miles from the nearest U.S. city of Bellingham. It can only be accessed by land via Canada and two international border crossings.

Point Roberts didn’t find any relief in August when Canada opened its borders to vaccinated American citizens for nonessential travel, a move still unreciprocated by its neighbor to the south. The eased restrictions only resulted in further complications in travel rules, but business was not significantly improved, if at all.

Point Roberts resident and Chamber of Commerce President Brian Calder said the kind of one-way border crossing issue hurt his town even more since it allowed the American residents to go shop to the north.

The chamber wrote in its letter that 85% of the Point’s economy relies on business from Canadians. However, after being isolated from both Canada and the rest of the U.S. for 554 days, the chamber said “the situation is desperate.”

“I didn’t realize there was another level below bottom, but it’s found us!” Calder wrote in the chamber’s letter. “We have lost residents, businesses and workers. It’s just not financially viable for a business to last three years with their books in the red. We are officially in crisis mode.”

The town’s only grocery store, the International Marketplace, was saved from being forced to close after Washington state awarded it a $100,000 grant.

The chamber’s letter said there is now virtually nowhere else in the town residents can buy a meal.

Calder continued, “We cannot wait any longer,” adding that, according to Canada’s data, more than 88% of eligible Canadians in British Columbia have initiated their COVID-19 vaccination.

“We need to start making plans to get out of this hole, but we are hamstrung by a government that refuses to acknowledge that the hole exists! President Biden, open our border!” Calder wrote.

When the border closure was extended Monday, Washington Congresswoman Suzan DelBene lashed out at the Biden Administration, calling the continued closure a “disservice to families and businesses” along the border, and demanded the White House to “take immediate steps” to reopen the border to vaccinated Canadians.

On Monday, the Washington State Department of Commerce announced a new grant program for businesses hurt by the border closure.

Applications for a Working Washington grant will be open from Oct. 4-18, and grants will be for up to $50,000.