A Seattle nonprofit founder is using her skills as a photographer to help sell flowers once lining the stalls of Pike Place Market. 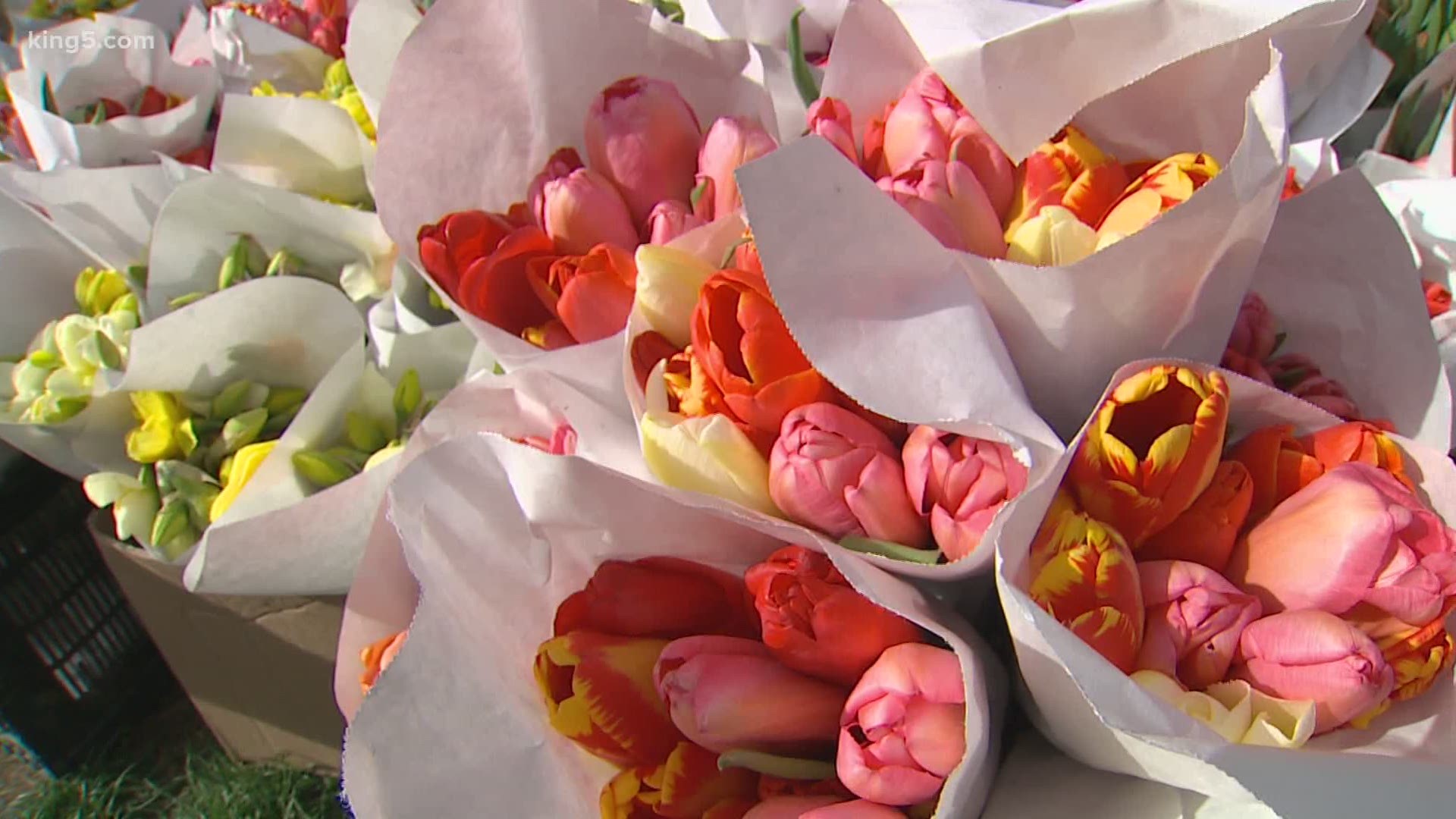 SEATTLE — The founder of a Seattle non-profit is helping keep business booming for flower farmers who were forced to shut down their stalls in Pike Place Market.

Tara Clark is a photographer by trade and the founder of a nonprofit called Believe, Love, Unite. She said when she heard that a community of Hmong farmers would no longer be able to sell flowers at Pike Place Market due to coronavirus-related closures, she reached out to a friend who connected her with Vicky Cha, whose family farms flowers.

Clark started by ordering 50 bouquets from Cha’s family farm. Advertising the bouquets on her Facebook page, she quickly sold out and ordered 100 more bouquets. One week later, Clark said she had partnered with 25 small area farms to sell more than 3,000 bouquets, garnering roughly $60,000.

Clark is accepting orders via private message on her Facebook page.

Once she receives an order, she directs the buyer to a pick-up spot in Seattle, which she said helps to control the number of people picking up flowers and leaves space for social distancing.

Clark said the farmers are even changing the way they’re doing business. Rather than strictly considering other farms competitors, they have begun to work together behind the scenes.

“They’re texting together to figure out who has what and whose flowers are ready to go,” she said.

Clark said she intends to continue to help selling the flowers until Pike Place reopens to non-essential businesses like flower farmers. She said in the meantime, she is enjoying herself. She has watched people buy bouquets for themselves and their quarantined loved ones, as well as for healthcare workers mail carriers, and sanitation workers.

“Just to experience that humanity is pretty amazing during this super horrific time,” she said.