The union for the jail staff says they need the protection, but the sheriff's department says the equipment is being saved in case of an outbreak in jail. 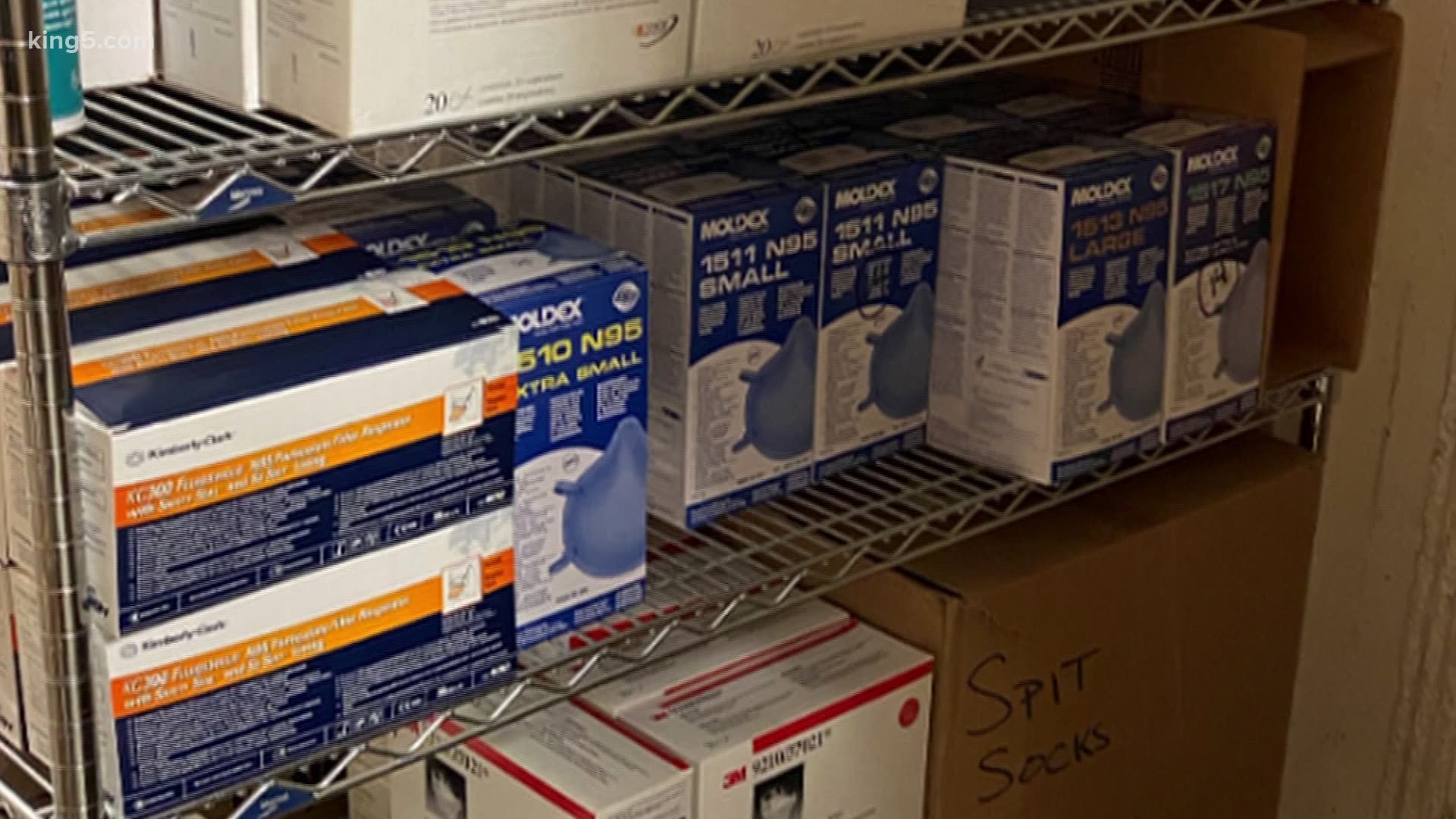 TACOMA, Wash. — There are photos of the 2,200 N95 respirators that sit in a storage, stockpiled for the Pierce County Jail.

The union that represents the staff at the jail says employees are not getting access to the safety equipment that can provide some protection against the novel coronavirus that causes COVID-19.

"They were provided with nothing to begin with, and then, just in early April, they're being now provided with cloth masks," Shanahan said.

What Shanahan wants for the 270 deputies and sergeants that she represents, is access to CDC-recommended, NIOSH-approved particulate respirators, like the N95 respirator.

"Our staff is just stunned that we cannot protect ourselves with the equipment we already own," Shanahan said.

But the Pierce County Sheriff's Department, which runs the jail, says there's a good reason that the equipment is being stored.

"Right now, we have some N95 masks that are put aside in case there is an outbreak," said Det. Ed Troyer, Pierce County Sheriff's Department spokesperson.

Troyer says there currently are no positive COVID-19 cases at the jail.

Around the state, Thurston County Jail says it has N95 respirators that they reuse as long as there has been no exposure to the virus.

"To my knowledge, we have not had any positive tests at this point," said Lt. Ray Brady with the Thurston County Sheriff’s Office.

The N95 masks are available if needed at Kitsap County Jail, where staff also use cloth masks, according to Deputy Sheriff Scott Wilson.

Kitsap County Sheriff Gary Simpson was notified in mid-March that an officer with the sheriff’s corrections division tested positive for COVID-19. The officer recovered at home, and has returned to work.

Snohomish County has issued P100 respirators to all of its medical staff and deputies in the jail.

"These are reusable and superior to the disposable N95's," said Snohomish County Sheriff's Office spokesperson Courtney O'Keefe in an email. "We have N95's for all other support staff who do not come into regular contact with inmates."

O'Keefe said there are currently no COVID-19 positive inmates in the Snohomish County Jail, but there were two previous cases for inmates.

"We believe both contracted the virus outside of our facility because they were exhibiting symptoms upon arrival, and both tested positive shortly after arriving to our facility. Both have since been released - the first inmate was released from our facility on 4/2 and the second on 4/8," O'Keefe wrote..

The Snohomish County Sheriff's Office says the two corrections staff tested positive for the virus and have been at isolating at home, as is recommended by health officials. Both employees were exposed to the coronavirus by a family member at home, and not at work.

"Neither employee contracted it inside our facility and in consultation with the Snohomish Health District, we do not believe these employees exposed others at our facility," O'Keefe wrote.

According to King County Jail's website, three staff members have reported testing positive, two at the King County Correctional Facility and one at the Children and Family Justice Center.

"No one in custody has tested positive for COVID-19," said Captain David Weirich with King County Department of Adult and Juvenile Detention.

Back in Pierce County, Shanahan says the job has become more risky.

"We've taken on temperature checks where you're now doing the job that medical staff was doing to make sure that we're not sending inmates that are sick to work, and infecting the rest of the inmate population," Shanahan said.

But Troyer said that the patrol deputies are not in N95 masks all the time.

"They all have one and they are only using them when they come across somebody who is sick or when they go into a situation where the virus may be present," said Troyer.

Troyer says the sheriff's department has only received 20 percent of the protective equipment they have requested from the state.

"Even though we are on the frontlines, the state health department has determined that nursing homes and health care centers and clinics are the priority because that is where the virus is, and we understand that," Troyer said.

The Pierce County Corrections Guild says they are so concerned about not having N95 masks, they have filed a complaint with the state's Labor and Industries. 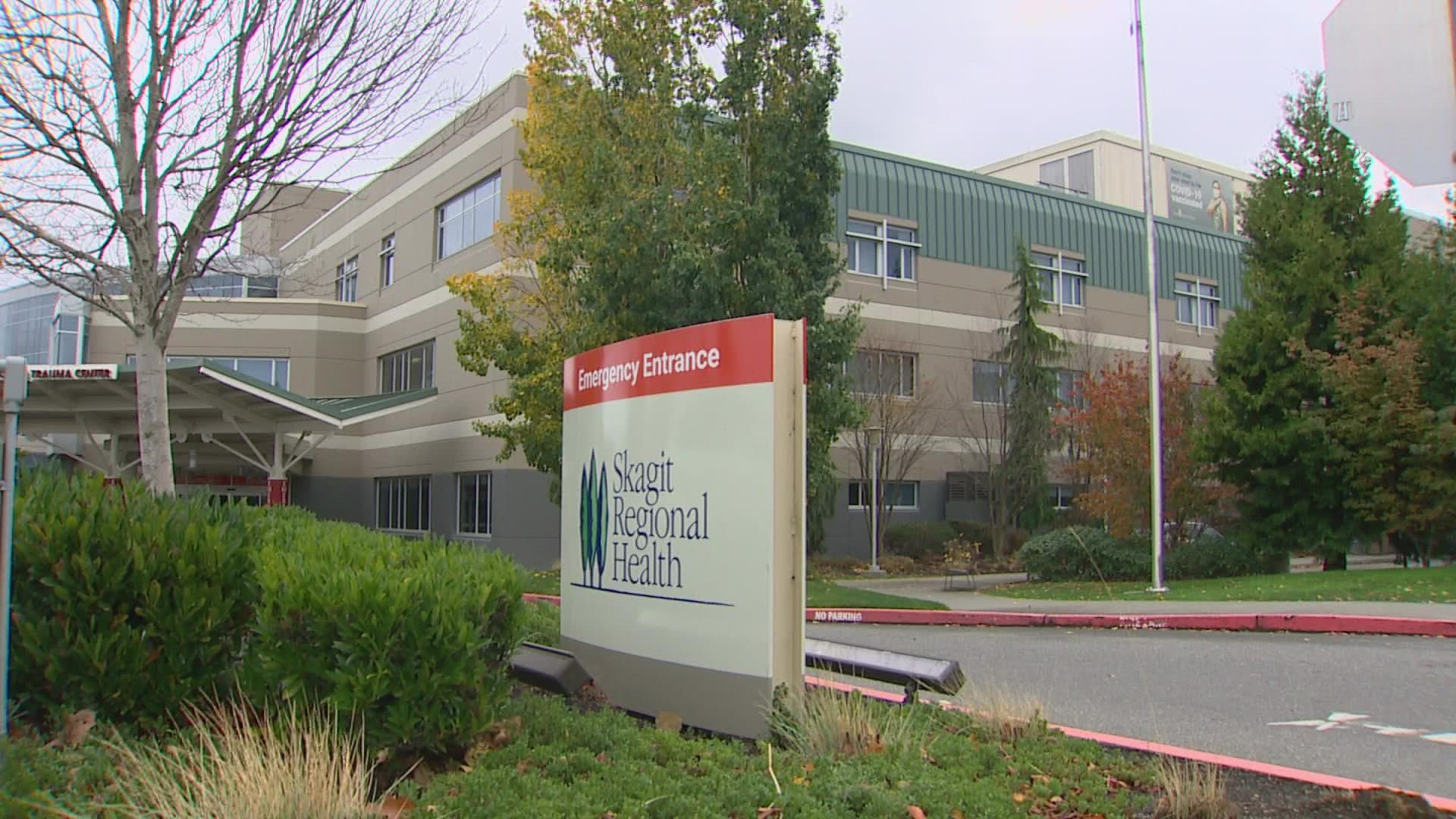