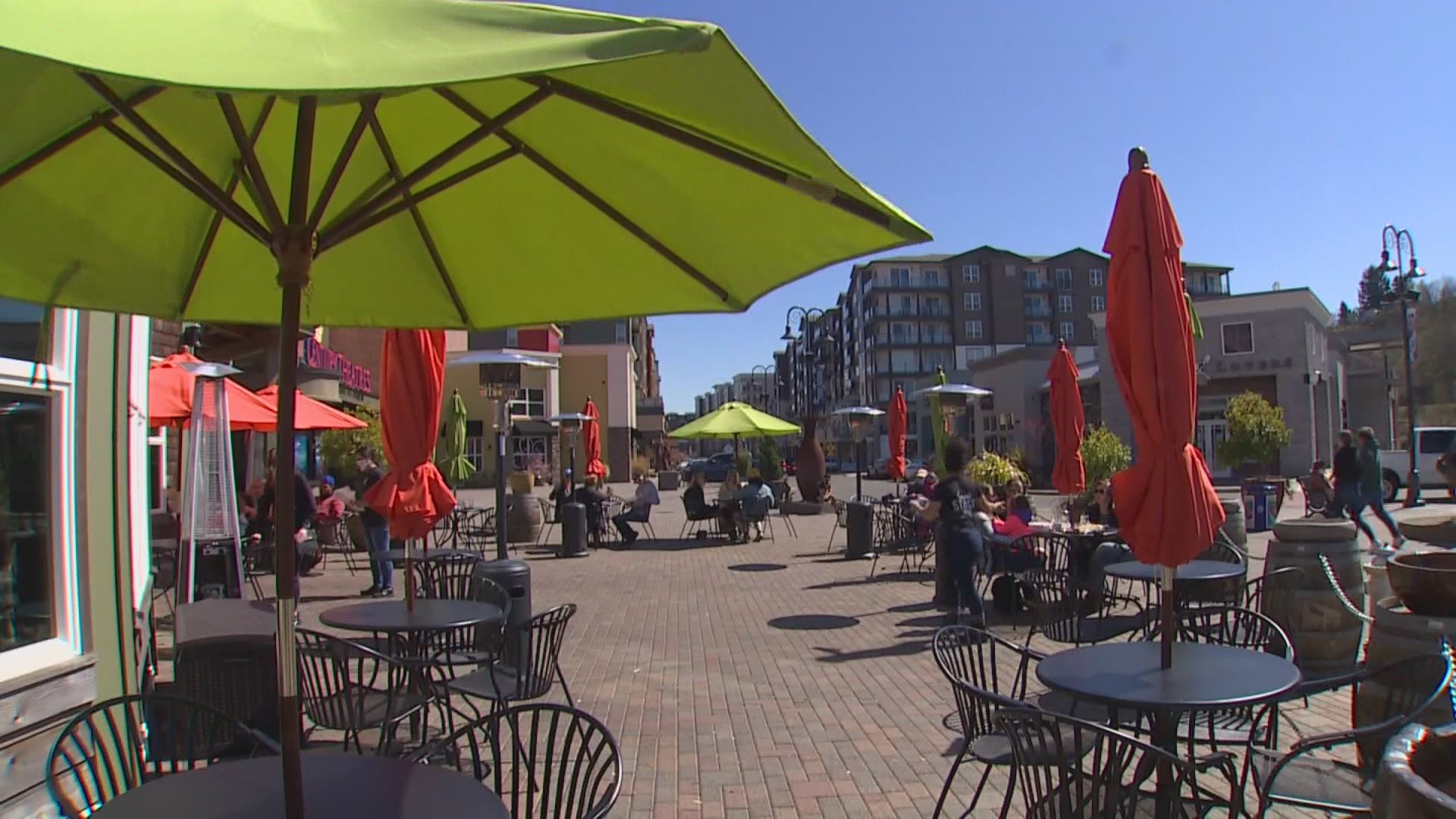 GIG HARBOR, Wash. — Mother's Day remains one of the busiest days of the year for restaurants, as families flock to eateries to treat mom with a great meal out.

But in Pierce County, restaurants are facing a disadvantage compared to restaurants in other nearby counties due to COVID-19 restrictions laid out by Washington's reopening and recovery plan.

The phases are determined by a county's rate of cases and hospitalizations. Most counties throughout Washington are currently in Phase 3 of the plan, which allows for 50% indoor capacity, among other loosened restrictions.

Only four counties, including Pierce County, are in the more restrictive Phase 2, which allows for 25% indoor dining capacity. Phase 1 only allows outdoor dining only, and takeout and curbside pickup.

The difference in capacity could spell a difference in service for some businesses, according to Warren Zimmerman, President and CEO of the Gig Harbor Chamber of Commerce.

"Because of the restrictions, it's obviously going to cut into their ability to provide the same level of service and welcome the same number of customers," Zimmerman said.

Gig Harbor boasts a large tourism base and is home to approximately 2,400 businesses in the community, with 80% of them small businesses, according to Zimmerman.

For smaller operations like Devoted Kiss Cafe, located along downtown Gig Harbor's waterfront, the reduced dining capacity did not matter as much, because table spacing restrictions already limited them to 25% capacity.

"We have so many obstacles in this. That is just not one that we're willing to battle to be honest. We weren't really worried about it," Christina Dengeler said.

But what has irked other business owners, according to Zimmerman, is how Pierce County businesses have had to endure a phase rollback, while other counties were spared.

"The part that seemed to be so unfair is, they were given a pass, basically. And we weren't given that same consideration when it was us that were exceeding the limits," Zimmerman said.

Pierce County was forced to roll back to Phase 2 from Phase 3 in mid-April, due to a rise in COVID-19 hospitalizations and cases.

This week, Gov. Jay Inslee announced a two-week pause across the state due to an apparent plateau of "fourth wave" COVID-19 cases. The modification shielded King County, for example, from the more restrictive limitations.

Each county will be re-evaluated upon the end of this two-week pause, according to the governor's announcement.

The Devoted Kiss Cafe, meanwhile, has managed to do well under the state's shifting reopening phases, including Mother's Day of last year when they operated with takeout only.

But that wasn't the case for other Gig Harbor businesses, according to Zimmerman.

"Many of them closed during Phase 1 simply because there was no way that they could operate," Zimmerman said.