VP Mike Pence to meet with Gov. Inslee in Washington amid coronavirus outbreak 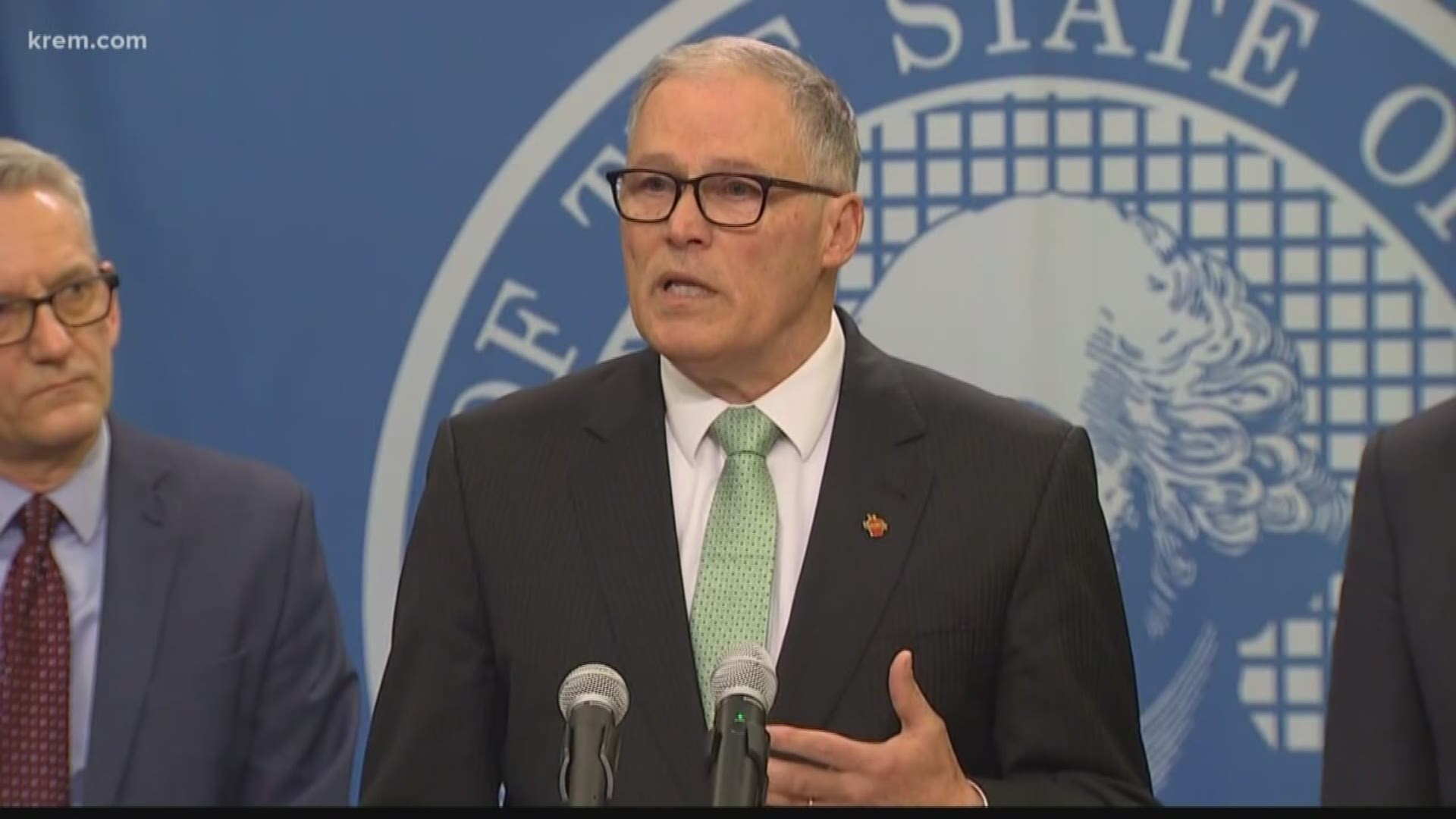 Press Secretary Katie Miller said Pence will be in Olympia.

The visit comes as ten people have died and a total of 39 people in King and Snohomish Counties have tested for positive for COVID-19, more commonly known as coronavirus, according to the Washington State Department of Health.

“We are here for every American and will continue to work with state and local leaders as we protect their health and well-being,” Pence wrote on Twitter.

Pence is in charge of overseeing the nation’s response and is working with government’s top health authorities, Trump said.

Inslee toured sites involved in the state response to the COVID-19 outbreak on Wednesday. He declared a state of emergency on Saturday, directing agencies to use all resources necessary to prepare for and respond to the outbreak.

Inslee said on Wednesday that he spoke with Pence about removing previous federal rules in effect that prohibited testing for people with relatively mild coronavirus symptoms who had not been hospitalized. He said the federal government has since removed these restrictions.

“We now have been given the green light to increase the frequency and protocols under which people can actually be tested. I know people have been frustrated by that," he added.

In an interview with KREM, Inslee said he plans to ask Pence on Thursday for more federal action to still further increase testing capacity.

"We really think in the long-term we will need private business that do this kind of work to add their capacity," Inslee said. "To do that they have to have federal approval through the Food and Drug Administration and the CDC."

He also intends to ask Pence for access to the national reserves of medical equipment.

"We have a state stockpile," he said. "We've been sending thousands of pieces of medical equipment to our hospitals and physicians, and we need that to be replenished by the federal stockpile."

Inslee said he also wants to coordinate public outreach to prevent mixed messages coming from state and federal officials, and explore what sorts of resources and organizational power the military establishment might provide.

"The Department of Defense obviously has enormous assets, and if there are any that we can bring to bear on this, we'd obviously like to do that," he said.

Inslee told KREM that, given Pence's responsiveness so far to the needs of Washingtonians, he's hopeful the state will get what it needs out of Thursday's meeting.