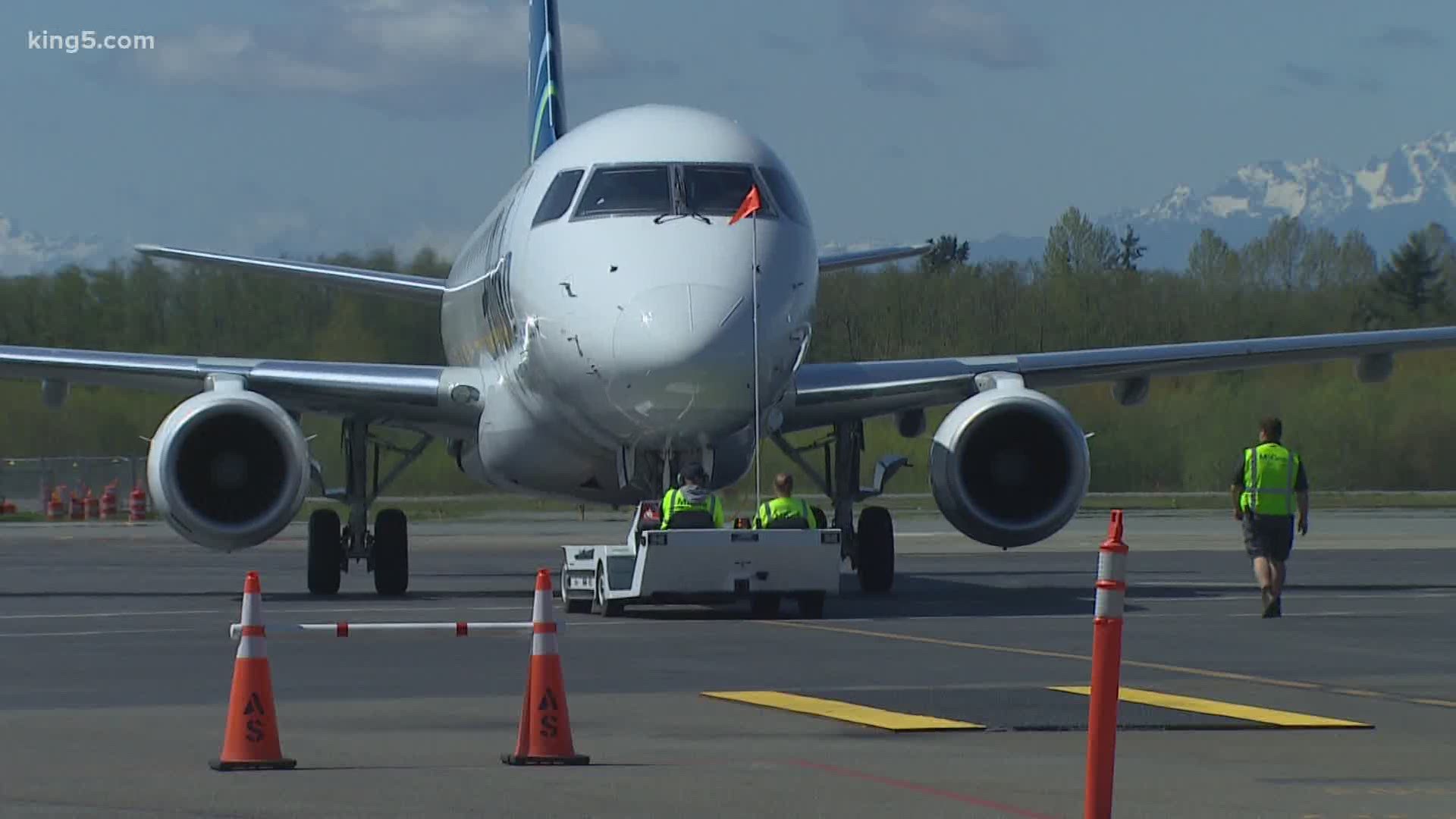 But these are not typical days.

"We were here a month ago celebrating our one-millionth passenger," said an exasperated Brett Smith, CEO of Propeller Airports, which owns the terminal. "Now we're celebrating if we have 10 passengers in a day. It is upside down."

Only five flights a day are currently operating, down from 24 before coronavirus took off. Smith said he's now lucky to see 75 passengers come through the gates.

The airport is hemorrhaging money, but it only received $157,000 of a $310 million airport stimulus package sent to Washington by the federal government.

Smith said the paltry payment came because the feds used statistics from 2018 to calculate how much each airport would get. Paine Field didn't even open until 2019.

That means an airport like Bellingham International received $5 million while serving 300,000 fewer passengers than Paine.

Smith said if current numbers were used the airport would’ve gotten about $4 million.

"Clearly some mistakes were made," said Smith. "We're probably the only airport in the country this has happened to."

He realizes, however, there's not much he can do at this point.

"The most important thing Snohomish County can do and I can do is position us in a way that when things do come back, we're in the best possible position we could be in," he said.

To that end, Smith said he is dipping into reserves to keep all of his 300 people employed.

He said Washington's Congressional delegation is well aware of the situation and working to rectify it.

Smith is confident the terminal will survive.

"It'll come back," he said. "People are gonna want to travel after being cooped up and Alaska, Propeller and United will be here."

In the meantime, Smith is waiting for the next round of stimulus money that he hopes isn't another missed connection.