'People need to be able to work': Protesters rally in Olympia against the stay-at-home order 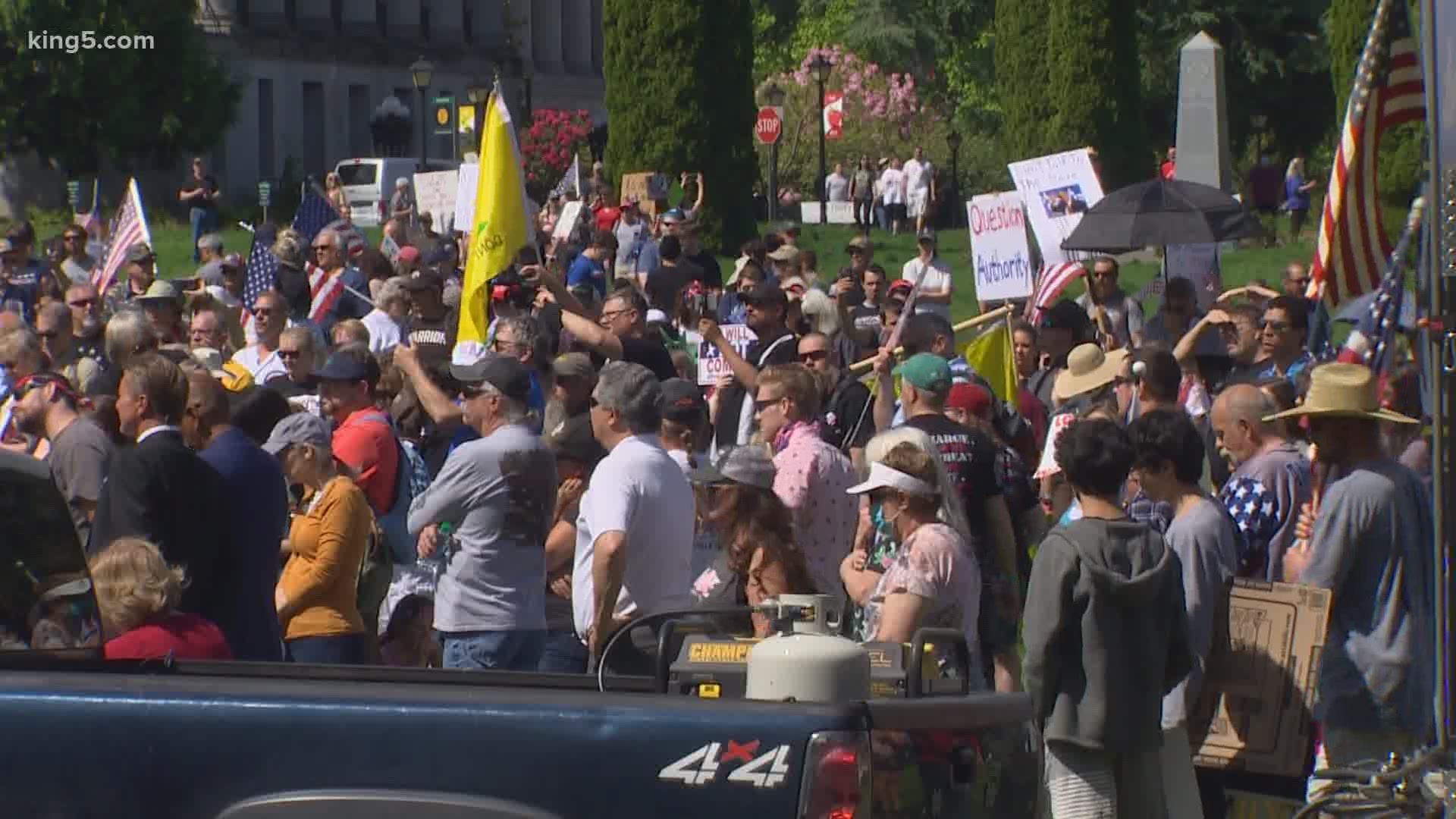 While some chanted “freedom is the cure” and listened to speeches calling for people returning to work, hairstylist Lania Moore gave people hair cuts on the lawn of the State Capitol.

“People need to be able to work, people need to feed their kids,” said Moore, who is retired because of health problems.

She said she’s been cutting hair for past clients on their back porches to make money to support her daughter and granddaughter.

“It’s B.S.,” Moore said of the stay-at-home order, “We know how to take care of ourselves.”

Jim Antram has gone about six weeks without selling a corn dog.

His business, The Original Corn Dogs of the World, relies on festivals to make money.

The stay home order has canceled all of his plans for sales this spring, except for Saturday’s rally in Olympia.

He said he wanted to operate at the rally to send a message and to make some money. Antram said he was not afraid of getting in trouble.

“Bring them here and shut me down. I don’t care,” said Antram.

The Washington State Patrol estimated about 2,500 people attended a similar rally at the Capitol in April.

WSP said troopers did not arrest or cite anyone at Saturday’s event.

The governor's stay-at-home order is currently in effect through May 31, but it's unknown if it will be extended.