Washington residents are currently expected to pay their car tab fees regardless of their employment status, but Gov. Inslee says he would consider changing that. 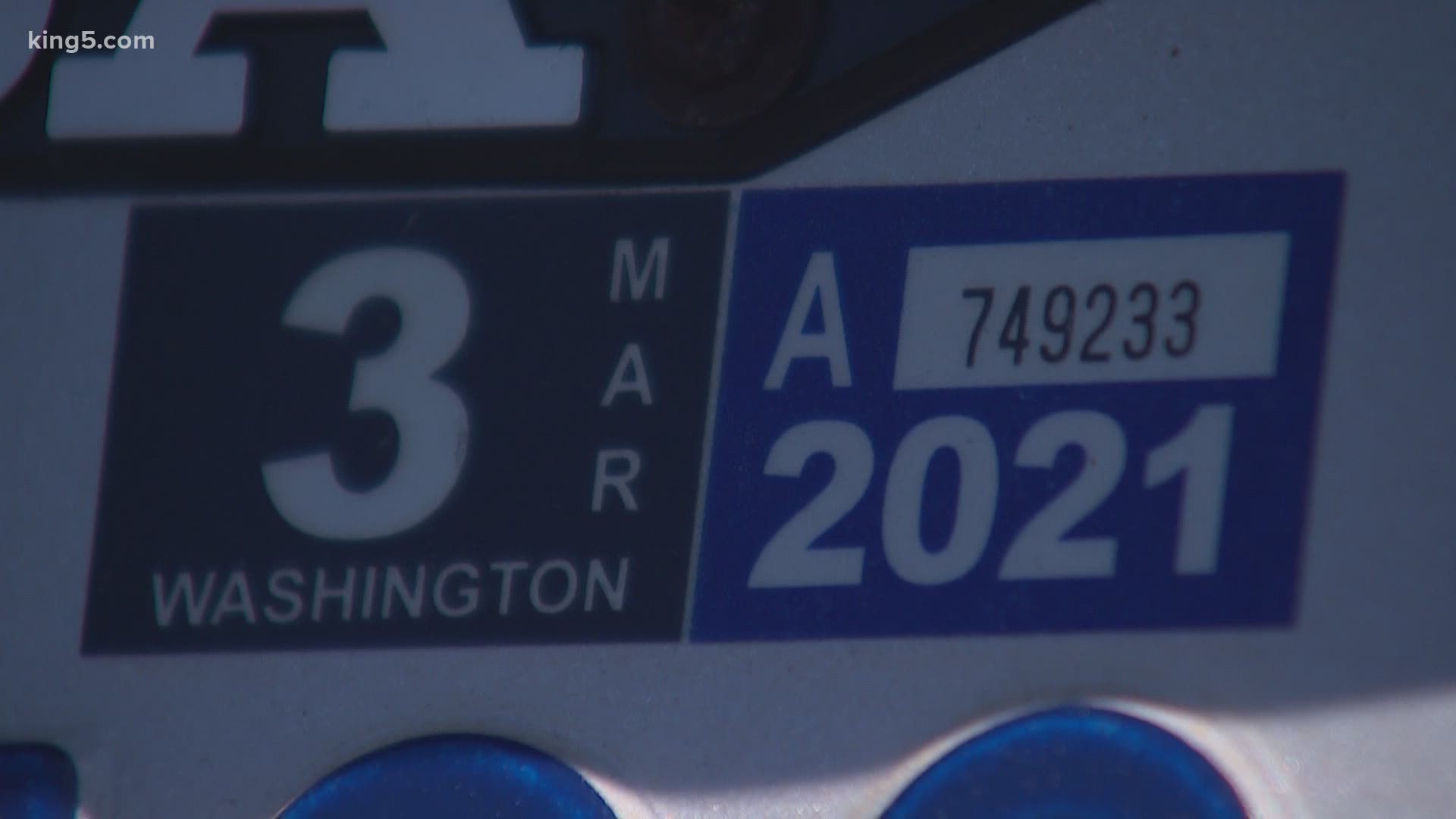 Peter Coe, a South King County retail store manager said he received his $495 car tab bill in March, just as the store he works for was closing ahead of Gov. Inslee’s stay at home order. Coe said he worried how he would pay.

“What would I do if I’m driving around with expired tabs on my car?” he asked. “I’ve never been in that situation before.”

Coe said he perused the state Department of Licensing web page to find out if he could defer payment, but was disappointed to discover there was no program to help unemployed people struggling to pay car tabs.

“I just think there needs to be some grace period for people who are unemployed at this time or living on just unemployment benefits or maybe no benefits,” he said.

Since instituting a statewide stay-at-home order, Gov. Inslee has extended the deadline for driver's license renewals by 90 days and implemented a moratorium on tenant evictions through June 4.

The Department of Licensing did not return calls about the car tabs issue, but did reply via Twitter:

“We do not have authority to provide tab relief," the tweet read. “Car tabs have not been included in the governor's proclamations to date."

Asked in a press conference about any plans to extend a grace period to unemployed people unable to pay car tab fees, the governor said it was an “interesting question” and that he had not given it much thought.

“We will consider that,” said Inslee. “We have taken any number of measures to protect people. Look, these are really hard times.”

Trooper Ryan Burke, a spokesman for Washington State Patrol said while there was no official policy, the agency was not taking any urgent action on ticketing people for expired tabs.

“It’s not something we’re super focused on,” said Burke.

Officer Wendy Haddow of the Tacoma Police Department said expired car tabs were currently not a priority. “We all realize the difficulties our communities are facing,” she said.

Coe was fortunate. He said despite his store closing, he has been able to continue to work from home and pay his car tab fee. But he said he would like to see the state step up for those who can’t.

“If they put even a 60-day extension on car tabs that are due between now and say June 1, that might give a lot of people a little comfort,” he said.