The Washington Fitness Alliance says they've been working with Gov. Jay Inslee's office to get clarification on the restrictions announced last week. 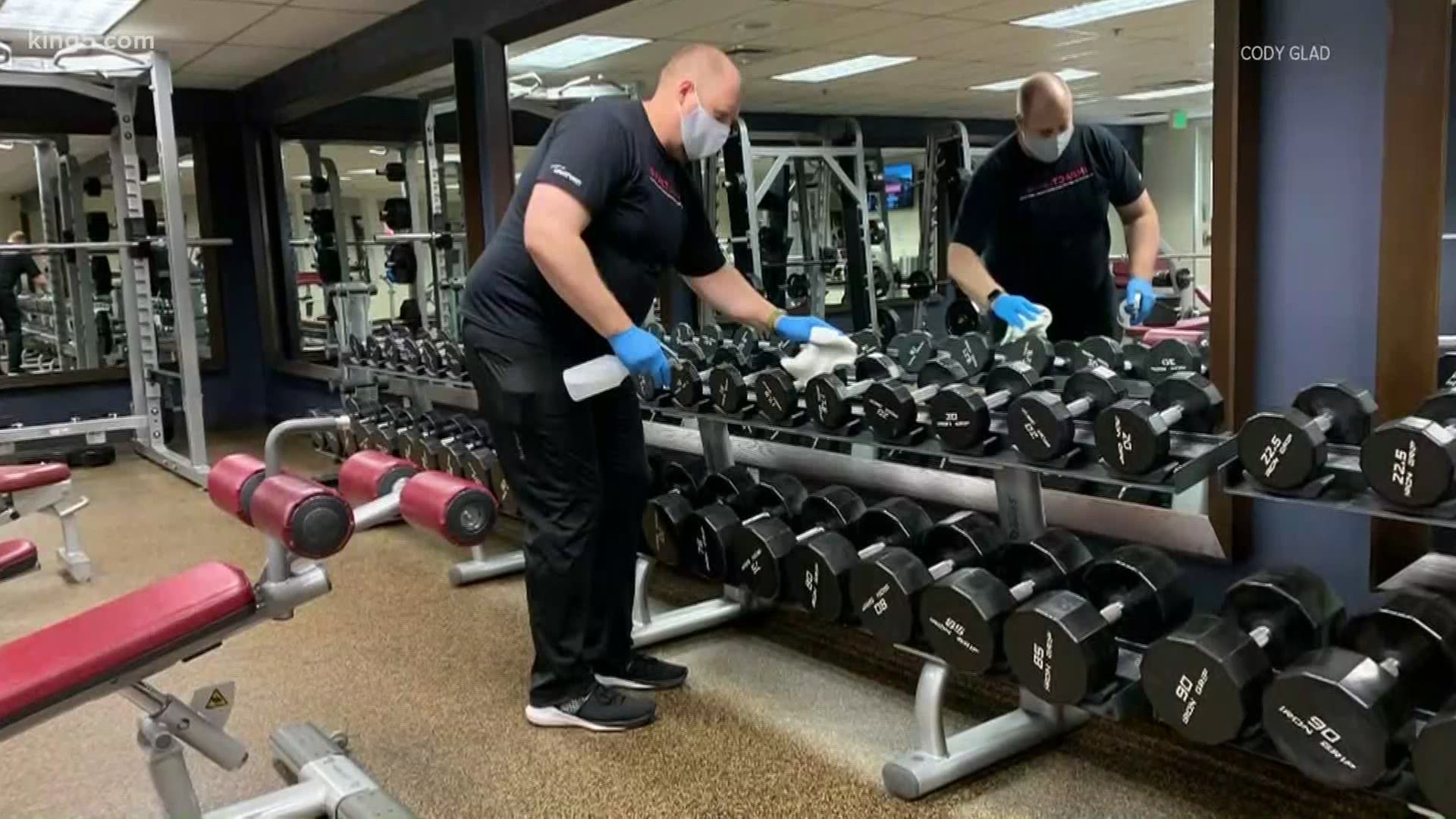 SEATTLE — Gov. Jay Inslee’s office announced Thursday that new limitations on fitness centers and gyms would be on hold and the new rules would be further reviewed.

“People felt like this was a death sentence in the fitness industry,” said Blair McHaney, CEO of the Washington Fitness Alliance.

The group is a new coalition of fitness club owners working with the Governor’s office to safely reopen and sustain their businesses.

“We're not out there to sue. We're trying to work with the governing bodies,” he said.

The proposed changes announced by Inslee last week would have limited fitness centers to five people inside, regardless of the fitness center's size.

“We're working frantically in the background with the senior policy advisors to Jay Inslee, trying to get language, that makes it possible for people to come in and actually exercise,” McHaney said.

McHaney said one idea is to use square feet per member as a way to gauge opening. Each facility is different not just in size but how they operate.

During his media availability, Inslee said his staff is working with the fitness industry to give more clarity before changes take effect.

Cody Glad is the general manager of the Columbia Athletic Club in Kirkland and says he’s pleased to hear the restrictions were put on hold.

“We feel confident that we have ample space to provide a safe environment,” he said.

Glad says his club has increased signage and sanitation methods, and have been pleased with the response from members who have come in for their limited classes. Columbia Athletic Club is also not charging dues for its members during this pandemic.

“It’s rare that we have more than 30 people anyways," Glad said. "Maybe five or six in the pool, maybe three or four in the group exercise room, five or six on the weight room floor, so our capacity was heavily reduced anyway.”

Glad believes fitness is an important part of staying healthy during this pandemic and is hopeful any new restrictions don’t hinder that.

“Once they give it a shot and see that a facility can provide a safe and clean environment. All of a sudden all those other benefits that come with accessing them, a facility like ours become more apparent, so that's certainly our hope,” he said.

McHaney says gyms and fitness centers hope to have clearer guidance from the governor's office within the coming days.

RELATED: Is it safe to go to the gym during the coronavirus pandemic?