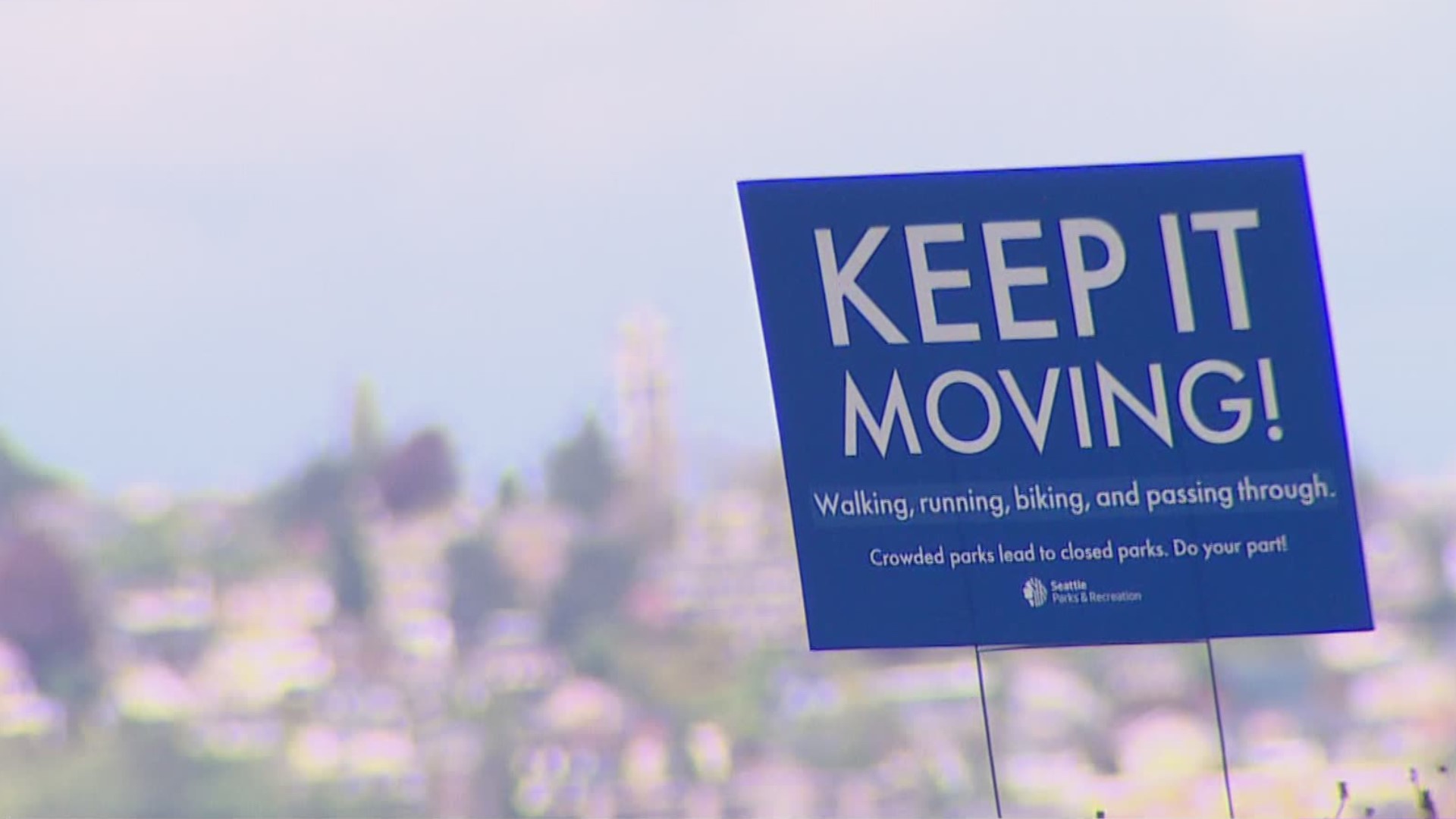 SEATTLE — So many of us are tired of being stuck inside and separated by social distancing. But as these counter-virus measures continue across the country, new data shows a growing and troubling trend of ‘quarantine fatigue' — Americans leaving their homes more often.

“I think everybody wants life to get back to normal,” said Jim Sigmund, who was out for a walk in West Seattle. “We want to do the things we used to do.”

Washington ranked 17th on their social distancing index – with 29% of people staying home, and an average of three trips per person, according to their dashboard.

RELATED: What is social distancing?

King County had a slightly higher rate of people staying home – 37% —  than Pierce County, with 27%, or Snohomish County, with 29%.

Jonathan Roy, who works in West Seattle, said he’s noticed a drop in cooperation from his friends.

“They were strictly for (social distancing), for weeks, then now it’s, actually we are going to go ahead and hang out,” he said.

RELATED: Some fishing, golfing, hiking, hunting can resume May 5 in Washington state

It's a troubling trend in the fight to keep coronavirus under control, even as Washington relaxes some measures this week.

Patti Paris, who works in healthcare, said she understands why people would get fed up with the measures – but also knows why it's so critical.

“I do understand how important it’s been to do this, or we wouldn’t have a healthcare system,” she said. “It would collapse.”