The mayor of Mossyrock acknowledged that the city doesn't have the authority to ignore the state's order. 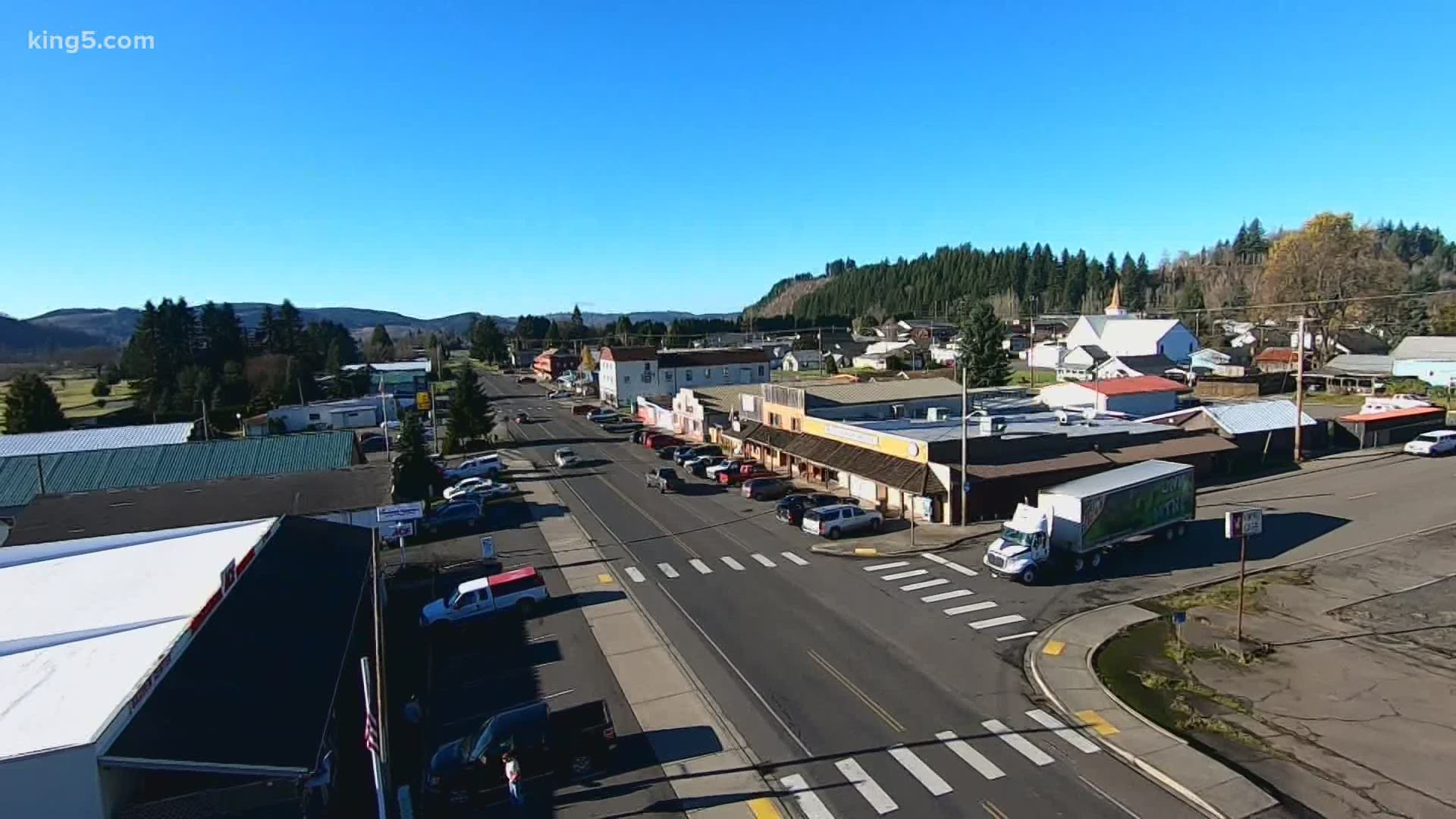 According to the ordinance passed on Nov. 18, the city, located in Lewis County southeast of Chehalis, “will not recognize” Inslee’s orders to temporarily prohibit indoor dining, limiting service to outdoor seating or takeout.

Can the city overrule a governor’s order?

“No, we don’t have the authority,” Mossyrock Mayor Randall Sasser said. “It gets the word out, it gets people thinking about really, what is happening?”

Sasser said restrictions should be determined by local health officials, much like local school districts in the state have determined if students return to campuses for in-person learning.

He said limiting Mossyrock’s restaurants and bars could put them out of business.

“For businesses to shut down who have given their life savings to open up a business in a small community and then be ordered to shut down and not have any restitution to help them survive, that’s a shame,” Sasser said.

Despite the city's stance, Mossyrock's restaurants and bars told KING 5 they are still following the state's order.

Restaurant owner Amy Cooper-Cravens has been struggling to survive on just takeout and no indoor dining at Thee Pantry Café, but she fears she would risk losing more by defying the state.

"If we get fined... the city can't afford to pay those fines,” Cooper-Cravens said. She said she appreciates the city’s support, even if it’s only to make a point.

She did not think any restaurants in Mossyrock would risk fully reopening.

"The city is behind us, but without any legal ground to stand on, I guess it's a matter of how risky the business owner wants to be," Cooper-Cravens said.