Nearly 60% percent of Americans who have lost their jobs during the COVID-19 pandemic are women, according to a new study. 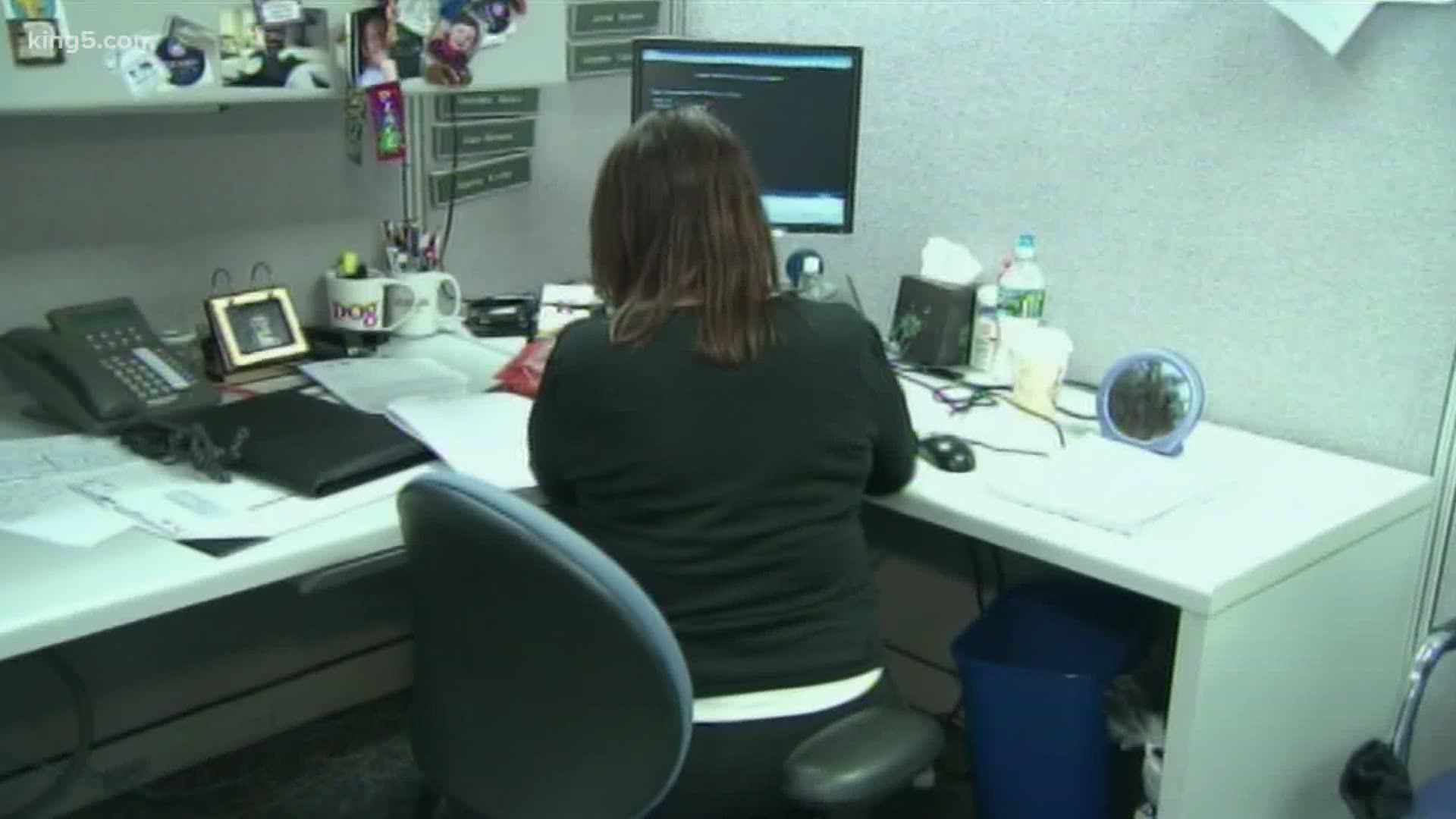 SEATTLE — Women are losing jobs at a higher rate than men due to the coronavirus pandemic, according to a new study.

The Department of Labor reports 701,000 people have lost their jobs nationwide as of April.

A study out this month by the Institute for Women’s Policy Research shows, across the country, a higher number of those people are women at nearly 60%.

“Women tend to be more vulnerable in the labor market in general, tend to be in less secure jobs,” said Dr. Diana Pearce, a professor at the University of Washington.

Pearce is the director of the Center for Women’s Welfare. According to data compiled by the center, the industries shut down by the pandemic are heavily worked by women.

“The top ten jobs include food service, retail worker, that kind of job that are public-facing jobs, a lot of them are jobs that have been very much affected by the pandemic,” Pearce said.

The impacts for women right now are high, but there may be more problems on the horizon, according to Pearce.

“We’re going to have a lot of families, particularly families headed by women, that are going to lose income, lose their jobs, and when they come back, the jobs will pay even less,” she said.

Pearce said the focus now should turn to providing more secure jobs and wages for women.

“As we go into this recession and try to climb out of it, that we make sure that we’re not reinforcing poverty level wages that will not provide enough so people are forced to choose between housing and healthcare, between paying for food and paying for childcare so that people know what they need,” she said.

RELATED: Will the extra $600 be taxed? Top unemployment questions answered

RELATED: Why you should wait to apply for unemployment until midweek