More than 500,000 unemployed in Washington state last week, and that number could grow

The CARES Act expands who qualifies for unemployment benefits. Since the start of the coronavirus pandemic, the state has paid $272 million to those without work. 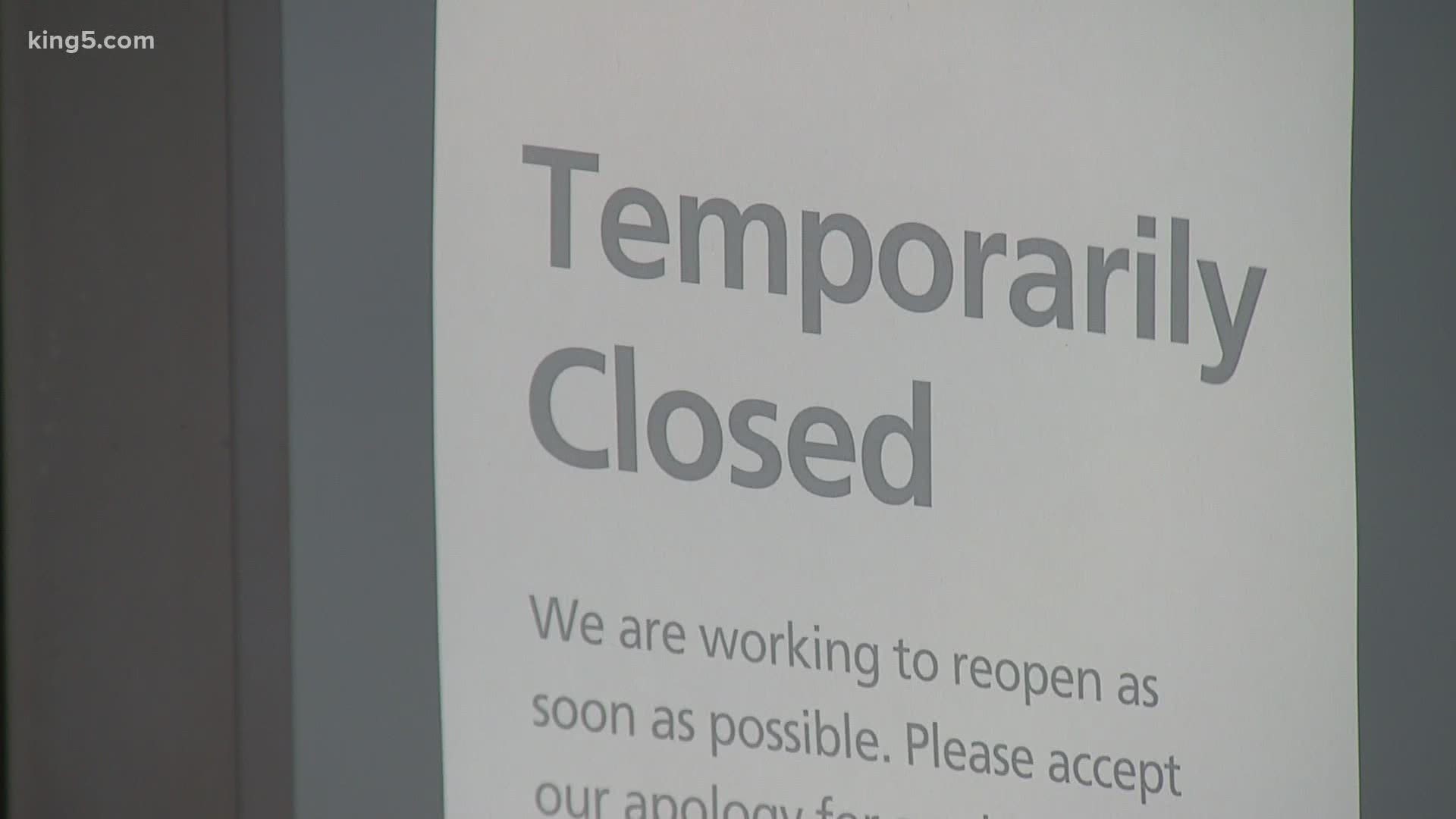 While Washington state had fewer new applications for unemployment last week than in previous weeks, more than half a million workers filed unemployment claims.

State officials expect that number to grow as the federal CARES act opens the door to people who weren't eligible for unemployment before.

Gov. Jay Inslee and Suzi LeVine, commissioner for the state Employment Security Department gave an update on the state's unemployment system, which has seen high demand as the local economy strains under the coronavirus pandemic.

The stay-at-home orders which closed "nonessential" businesses and eliminated foot traffic have left many people out of work.

The Washington State Employment Security Department "has paid $125 million last week in unemployment to 250,000 individuals plus, and has put a quarter of a billion dollars into the pockets of Washingtonians since March 16," Inslee said. "This is the most that has been paid since the program has began in the 1930s."

RELATED: Out of work due to coronavirus crisis? Here are Washington's new unemployment rules

They expect that number to increase this week. LeVine said the Employment Security Department will roll out the updates for the provisions included in the federal CARES act this Saturday, opening up unemployment benefits to those who hadn't qualified before and raising the weekly benefit amount.

The three main changes are:

She said that her staff has ramped up to try to meet the "tsunami" of demand they expect as the changes are put online.

LeVine said the department's customer service staff will increase from around 500 this week to 1,000 by the end of next week.

In January, when the state was enjoying record-low unemployment, LeVine said she had about 300 customer service staffers working for the unemployment department.

Still, she said there could be problems, such as a glitch that incorrectly tells some applicants that they are ineligible. She said people who encounter that should continue the application process.

"That's not the optimal experience and I recognize that," LeVine said.

LeVine said it was "trade-off" in order to prioritize putting systems in place to get people their money faster. She said ESD staff would be working through the weekend on upgrading the state's systems.

Last week saw 143,241 new unemployment claims, a 16% drop over the previous week. But it was still the third-highest weekly number on record and five times more new claims than the peak week during the Great Recession, according to the Washington Employment Security Department.

However, the number and trend of new claims varied county by county. In King County, which has the most claims statewide, initial claims decreased 16% last week. Pierce County also saw a decrease with last week's claims dropping 13%. In Snohomish County, however, initial claims increased 31%.

During the week of April 5-11, ESD paid out $125.9 million to 265,798 unemployed workers. Since coronavirus-related claims started coming in mid-March, the state has paid out nearly $272 million in benefits.

Washington’s economy lost 11,100 jobs in March, according to new numbers from the state, and the seasonally adjusted unemployment rate for March rose from 3.8% to 5.1%.

RELATED: These are the best ways to use your stimulus check

Officials believe those numbers still haven’t captured the impact of coronavirus – and won’t know more until the April report.

Meanwhile, states throughout the country, including Washington, are beginning to implement the enhancement of unemployment benefits included in the $2.2 trillion coronavirus relief package.

The package includes an extra $600 per week in unemployment benefits for up to four months.

Nick Demerice, a spokesperson with the Washington Employment Security Department, previously said the extra $600 should show up in unemployed workers' checks by next week.

RELATED: Extra $600 in unemployment benefits may start Saturday in Washington amid coronavirus crisis

Recipients will then receive retroactive payments from the time the legislation went into effect on March 29 for both the weekly benefit amount and the additional $600 per week.

The extra $600 will only last through July 25 if Congress does not extend the program. Unemployed workers will then receive just the state benefits or equivalent federal benefits.