A Facebook group that started in Seattle is connecting hundreds of families who are opting to learn in small groups together. 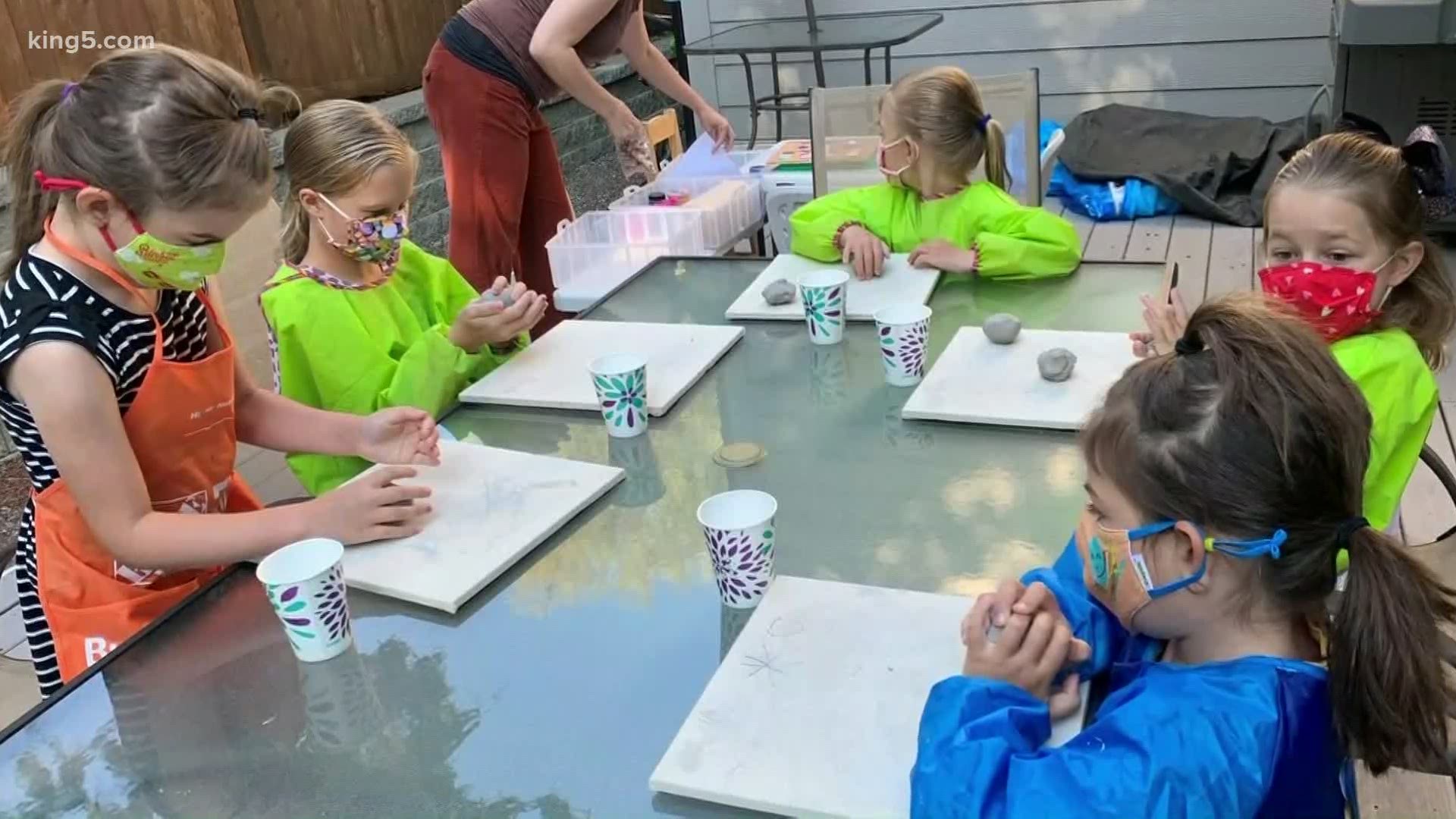 SEATTLE — Interest in what has been dubbed the "pandemic pods" has increased, especially as another round of remote learning gets underway due to concerns about coronavirus.

Pandemic pods refer to small groups of students who are learning together at one person's home.

A Facebook group that was started in Seattle is connecting hundreds of families interested in forming learning pods in a way that is also safe.

In Seattle, many playgrounds and classrooms are empty as the move to remote learning has school work happening at home. It was a transition that was a tall order for Annie Becker, who is currently in graduate school and has four kids.

Sindi Robertson, who has a 5-year-old daughter, reached out to Becker.

"I just picked up the phone. I said 'what are you going to do this year? What's your plan,'" Robertson asked.

Becker said her youngest child is medically fragile, and that's why she decided to join with parents to create a pandemic pod with a priority on precautions.

Becker explained it involved, "asking those really hard questions like, what does your COVID exposure look like? What does maintaining safety mean to you? What are your personal habits?"

So far, her pod is up to three kindergartners and three toddlers.

Sarah Hartley was happy to join in so her two boys would have a full school year where they get an education and the opportunity to socialize.

"I was invited to a Facebook group that was connecting families interested in creating pods," Hartley explained.

Ivan Kerbel is behind the Facebook group started in Seattle.

"The Facebook group... is now about 6,300 people big, it has about 1,500 families that are active that have responded to a survey that includes their childrens’ ages, their academic interests, and most importantly what neighborhood they live in," Kerbel explained.

"I would not design that going forward as a long-term solution because they definitely have evidence of racial segregation and students with disabilities do not get equal access," Reykdal said during an interview last month.

Kerbel said there's been discussion in the Facebook group about how to make the small learning groups more equitable.

"The simplest mechanism that we came up with was for every group that was formed to try and have at least one additional student, one additional kid in that group, whatever size it is, would be somebody's family who would not otherwise be able to afford it," said Kerbel.

Tricia Tuttle teaches art in Seattle and she has received business from the Facebook group.

"I'm very grateful that he had the forethought to put that together early on," said Tuttle who taught art to small groups of kids over the Summer.

As more families band together, some are looking for teachers.

That would allow more time for parents, Robertson, to work, but she said that's not her main motivation for having her daughter in a learning pod.