Some patients in Washington struggle to find COVID-19 antibody treatment 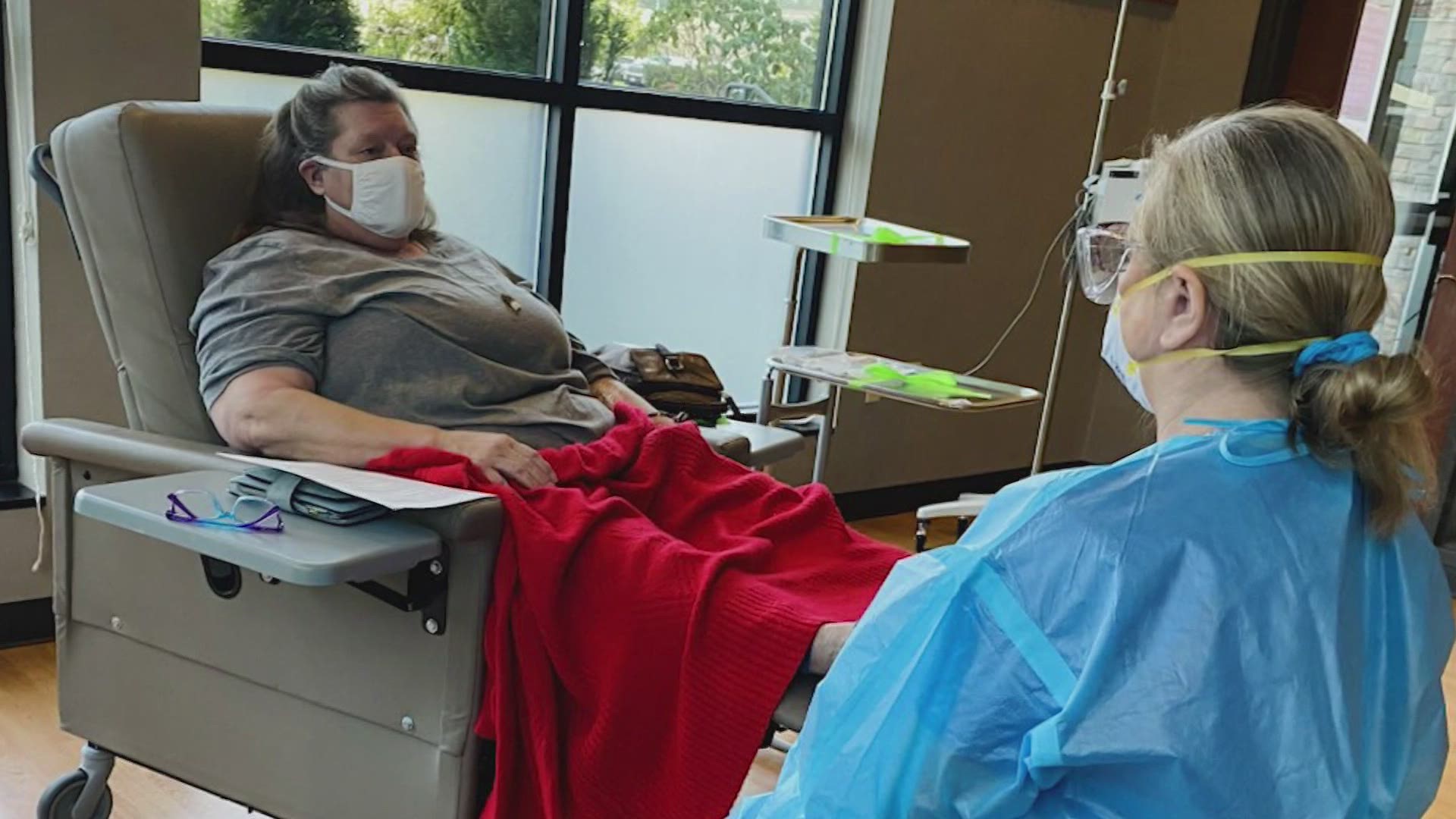 While much of the healthcare system is focused on vaccine distribution, some COVID-19 patients are struggling to find doses of monoclonal antibodies, a treatment that can prevent severe illness and hospitalization.

“I called every hospital and clinic that I could come across between Seattle and Olympia and just kept getting dead ends,” said Adam McRoberts, whose mom tested positive for COVID-19 on Saturday.

Roberta McRoberts is 63, overweight, and at higher risk of severe illness.

“It made me really adamant to find some sort of treatment and care for her,” Adam McRoberts said Wednesday.

In his search for a treatment for his mother, McRoberts learned about monoclonal antibodies. The medicine, if given within about a week of diagnosis, can prevent a mild case from getting much worse.

President Donald Trump received the treatment after he caught COVID-19.

Dr. Vin Gupta, with the Institute for Health Metrics and Evaluation / UW Medicine, said the therapy “keeps people out of the hospital and can, we believe, save lives.”

There are two monoclonal antibody therapeutics that were approved for COVID-19 under the U.S. Food and Drug Administration emergency use authorization. One is made by Eli Lilly and the other made by Regeneron, according to the Department of Health and Human Services.

McRoberts said that it was more difficult than he anticipated to get access to one of the treatments for his mother.

It wasn't. McRoberts said his mom's doctor’s office could not tell her where to go. He said a call to the Department of Health led nowhere.

Hours later, he reached a clinic that offered the treatment, but it took another day to get a doctor's approval, he said.

“I feel like most people would have called their family doctor and gotten the ‘no’ response and would have left it at that. And I knew better. I knew that this treatment was available, and I was determined to find out who could get it for me,” McRoberts said.

KING 5 asked the Department of Health why it's so difficult for some patients to find this lifesaving therapy. They told us the health system is stretched thin during the pandemic, there are a lot of competing priorities and many people are working on vaccine distribution.

“There is a possibility that people are so focused on the vaccine they're not thinking about treatments, and we certainly want people to have all the tools they have to prevent getting sick in the first place and to have access to treatment if they do get sick,” said Lacy Fehrenbach, Washington’s Deputy Secretary of Health.

DOH said it received nearly 7,000 doses of monoclonal antibodies from the federal government, but the state doesn’t track how many are administered.

Federal health officials earlier this year said the drugs were being underutilized, and most doses were unused.

In response to the low usage, a group of COVID-19 survivors created gotcovid.org, which directs people to locations offering antibody treatment.

The federal government also built a website showing which facilities received the drugs.

“Don't give up. Be persistent. Call your doctor and demand that you have access to this treatment,” Adam McRoberts said. “It's available.”