Mixed Coffee and Community caters to an inclusive crowd but a self-imposed COVID-19 vaccine mandate is causing divisions. 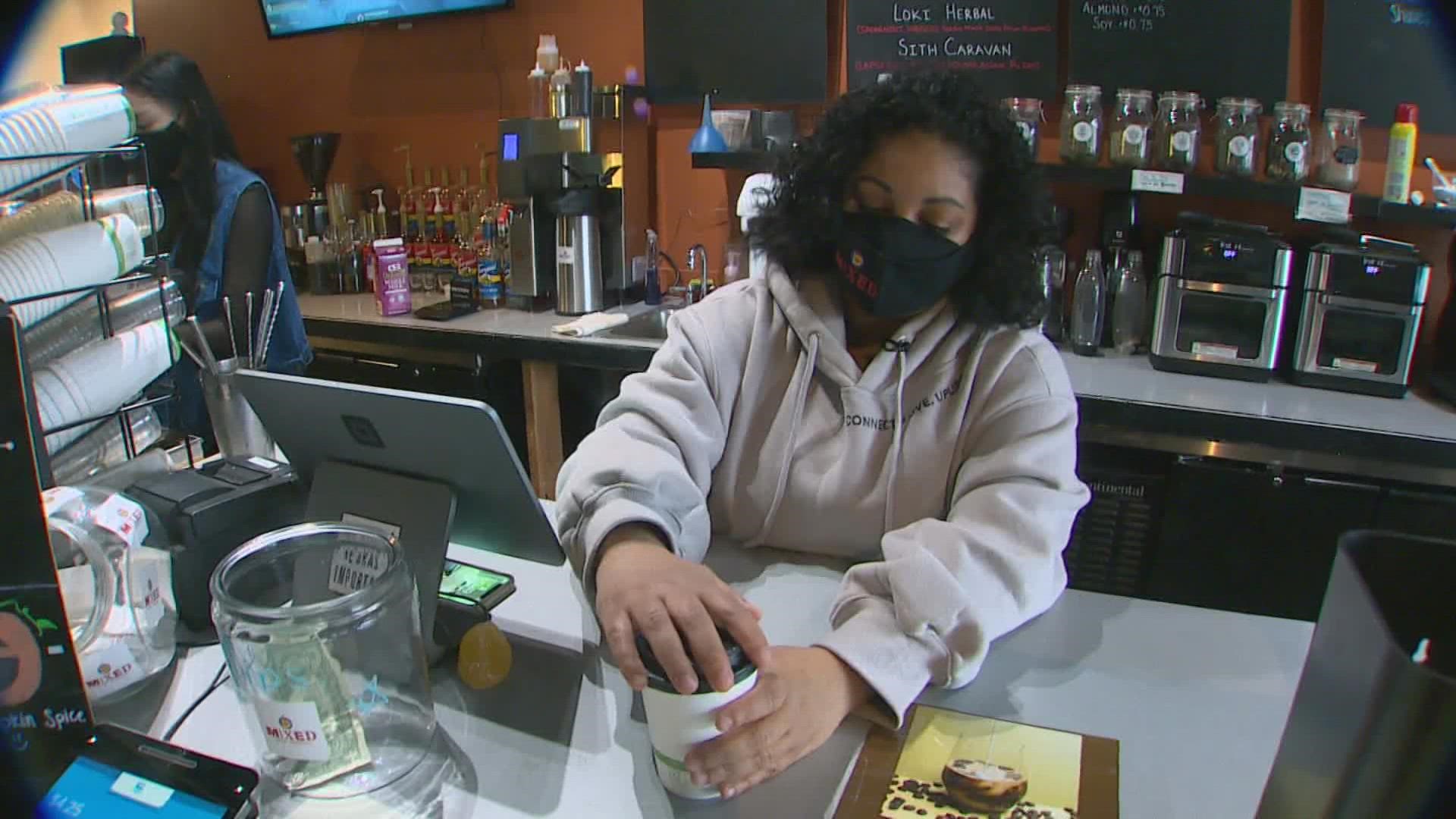 MILL CREEK, Wash. — A western Washington coffee shop has been targeted with hateful and racist attacks after implementing a mandatory COVID-19 vaccine policy.

Savannah Jackson owns Mixed Coffee and Community in Mill Creek. The coffee shop is a rich blend of caffeine and community, much like her own family.

However, one thing has divided some customers of Jackson's shop. The owner enacted a mandatory vaccine policy for anyone who wants to dine-in at the coffee shop. Jackson said the policy is in response to her grandmother nearly dying of COVID-19 last year.

Snohomish County does not have a mandatory vaccine policy for entry into workplaces, but Jackson is free to implement her own policies.

But this one hasn't been well received by some people who targeted Jackson and her staff with racist messages and threats.

"Telling me to go drink out of my own water fountain because I'm segregating just like they did to my people in the 50s and 60s, calling me a Nazi. Just uneducated things," said Jackson about the messages she's received.

The backlash prompted Jackson to post on Instagram to plead with people to just be decent to each other.

"I care about everyone who walks through my door," she posted. "I'm tired of watching customers come in and yell and scream and treat my employees like they're not humans. It's not okay to be so hateful toward people."

Jackson said her staff continue informing customers of the policy and some of them have been put off by it, but respectful.

Tiffany Anderson said her body "tightened up" after being asked for her COVID-19 vaccine card. She said she believes getting vaccinated should be her choice.

"I want to support small businesses but I don't know if I would be back," Anderson said.

Jackson said that's the price she is willing to pay and made it clear she will not compromise her beliefs or her community by backing off her policy.

"I've received a lot more love than hate and I'm gonna try to just lead with love and try to keep everyone safe," she said, "even those who don't agree with me."