Avi Schiffmann's open-source website featuring COVID-19 case data was getting millions of hits from all over the world. He is now one of the statistics he reports. 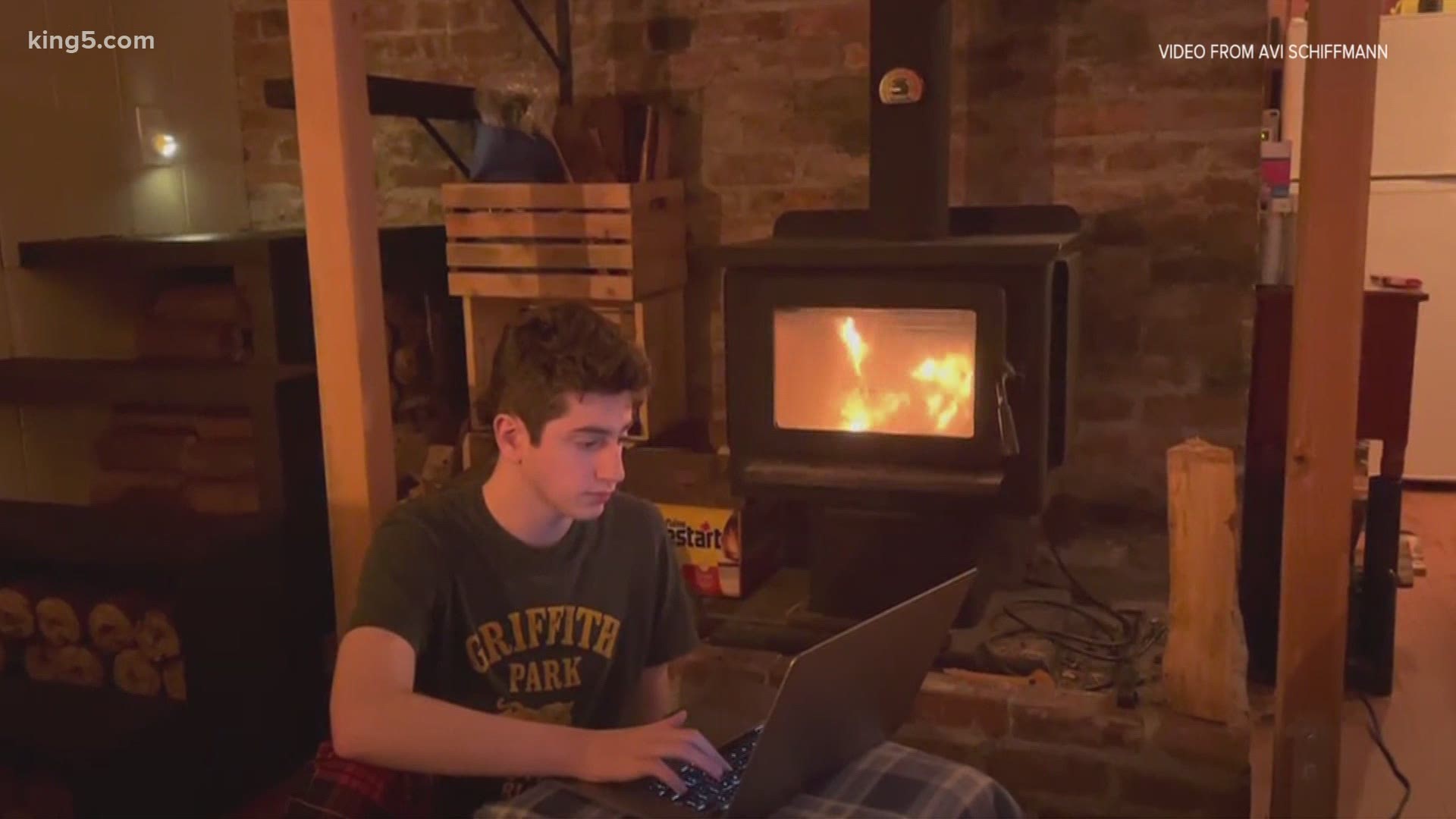 MERCER ISLAND, Wash. — A Mercer Island High School student who became globally-known after creating a website to track coronavirus data is now suffering from the virus himself.

Avi Schiffmann is now hoping his experience will send a message to his peers, who he said may not be taking the warnings seriously.

Back In March, Schiffmann started getting worldwide attention, even if people didn't know his actual name.

At that time, he told KING 5, "I thought it was sort of cool to create a website that was a central hub of information,” when explaining why he created his website.

His open-source website featuring COVID-19 case data was getting millions of hits from all over the world.

Today, he’s now one of the faces behind the numbers on the website he created.

RELATED: How bad is it? What data says about Washington's coronavirus outlook

"I still feel pretty sick. I mean, I feel a little bit better than the past couple of days,” said Schiffmann.

After experiencing COVID-like symptoms last week, and then testing positive for the virus, he and his mom started quarantining at his family’s cabin.

"General breathing kind of feels like your lungs are on fire, like a little bit. It's pretty terrible. But, that's just the respiratory symptoms. I mean, I also have a headache and my eyes hurt when I move them,” said Schiffmann.

The now 18-year-old said he hopes his own experience can serve as a warning to his peers.

”I hope that the fact that I've shown that I can get sick shows a lot of other people that they're not invincible either, because I think a lot of my peers have thought that we're kind of invincible,” said Schiffmann.

Schiffmann said he’s concerned about the long-term effects of the virus, which the CDC said can range from a cough to lung damage.

Even as he’s trying to recover at his cabin, Avi said he’s focused on keeping his website updated with the latest information.

"It has been such a long time since we first did that interview back in early March and since then, the site has really become so much more of an international site. I track so much more than I did back then,” said Schiffmann.

RELATED: US coronavirus hospitalizations hit new record, up 23% in one week